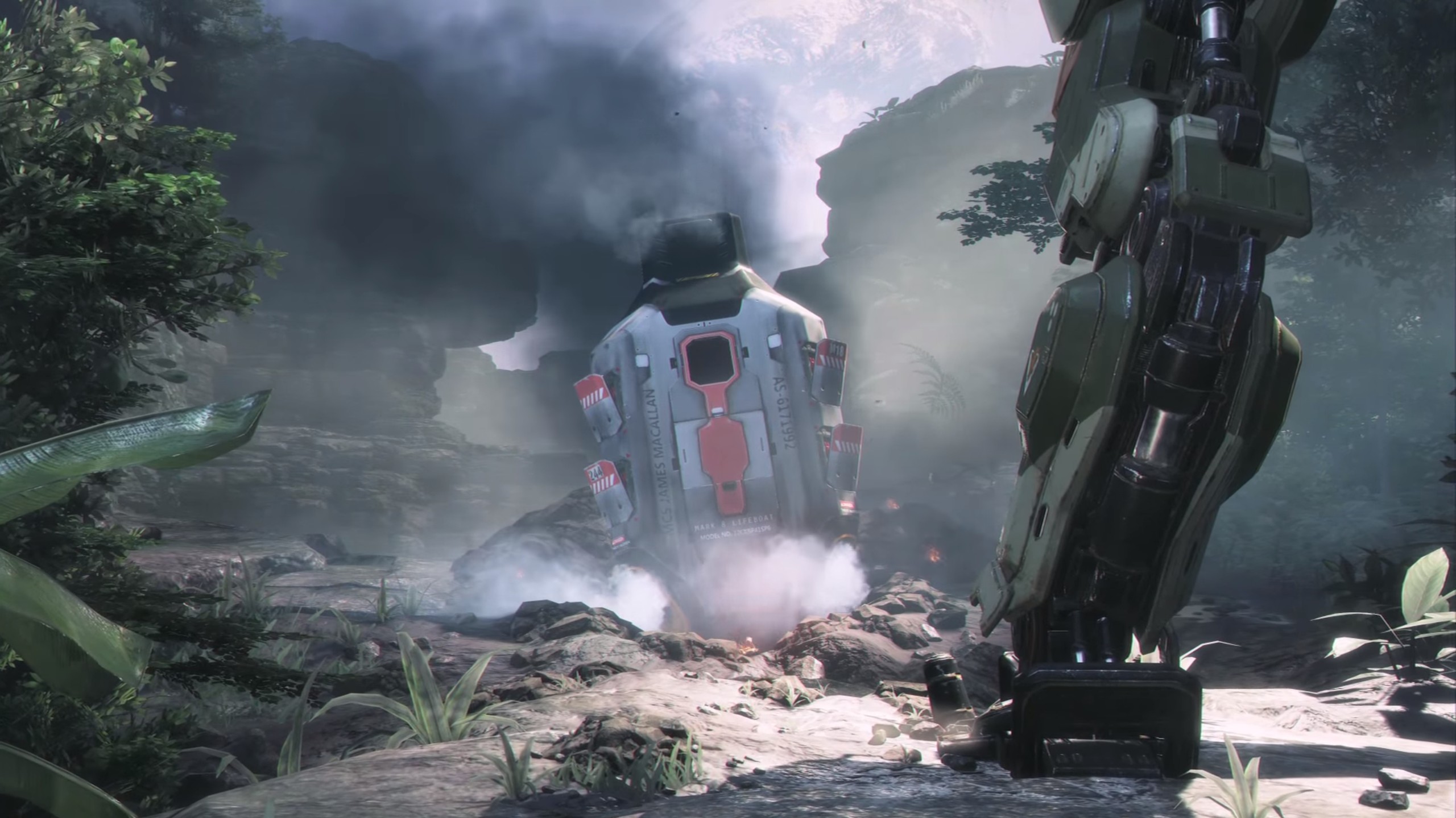 Titanfall 2 is coming from developer Respawn Entertainment and there is a brand new teaser from publisher EA to hype the bigger reveal coming at EA Play in June. Check it out:

The teaser confirms the multiplatform promise that was revealed early last year. The game will be for PS4, Xbox One and PC. The original was  an exclusive for Microsoft platforms only.

In February, the developer revealed that there will more background story this time, and a single-player campaign to deliver it. Lead writer Jesse Stern said players can expect a melding of the American Revolution with the Civil War, but in space.  “We imagined the next generation of immigrants moving out to the new frontier of an inhabitable planet,” he said. “Rather than taking a traditional sci-fi approach to that we wanted to look at how that would happen practically, what the ships would look like and with machines that were designed for excavation and construction , demolition and working the land, and what happens when they are turned into instruments of war.”

Placeholder boxes have already been spotted in GameStops, prompting speculation that a release date was imminent, but nothing has materialized yet. EA will not be at E3 in an official capacity this year, although they will be holding EA Play in Losa Angeles at the same time as the convention. Looks like we will get all the details we need at that event on June 12.