Samsung announced both the Galaxy S7 and Galaxy S7 edge during its Mobile World Congress press briefing today, which the company live-streamed online for those who weren’t in attendance.

Before we get into the differences between both the Galaxy S7 and Galaxy S7 edge, let’s discuss their similarities. Both phones will come with Android 6.0 Marshmallow installed, a 12MP rear-facing camera with dual pixel, a 5MP front-facing camera, will be IP68 certified water-resistant, and will support microSD cards up to 200GB.

Some of the new features both Samsung phones will release with is an always-on display option, which makes it possible to view the date, time, and other important information without having to turn on your phone, has a redefined camera with a quicker auto-focus and improved wide-angle photos, and is liquid-cooled to keep both phones from running hot.

Here's the full spec sheet for both the Galaxy S7 and Galaxy S7 edge: 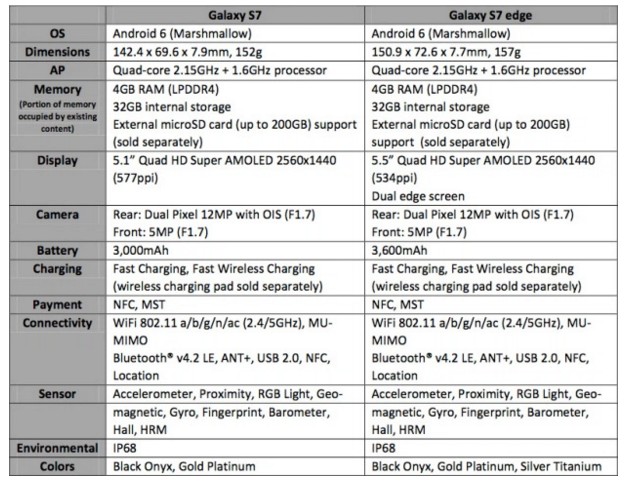