Here's When You Can Expect to See Bethesda's E3 Showcase

It's never too early to start your E3 planning. At least, that's got to be how Bethesda views things. The Maryland-based game company has officially announced when it will be holding its E3 briefing. It's gonna pop off on Sunday, June 12, at 7 PM PST / 10 PM EST.

That's about all Bethesda has given us so far. Unfortunately, there are no official announcements on what to expect, but we already have a few ideas on what we might be seeing coming down the pipeline. For example, there's a little game called Doom that will almost certainly get some screentime, especially after a short-lived closed alpha that released during a very unfortunate time. Perhaps we'll even get an eyeful of the upcoming Elder Scrolls game, or at the very least a mention.

Remember The Elder Scrolls Legends, the free-to-play answer to Hearthstone that's supposed to be releasing at some point? It's got us feeling some type of way.

Part of the fun of these E3 briefing announcements, which we'll likely be hearing a ton about in the next few months, is trying to ascertain what will be shown. What do you think Bethesda's got up its sleeve? 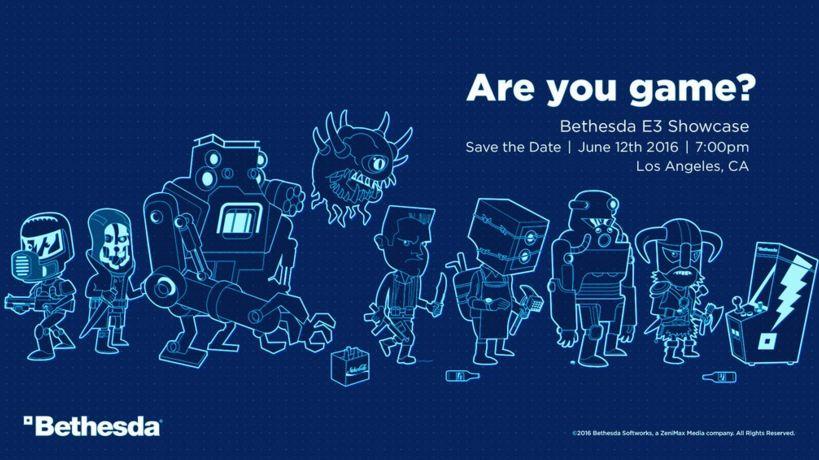