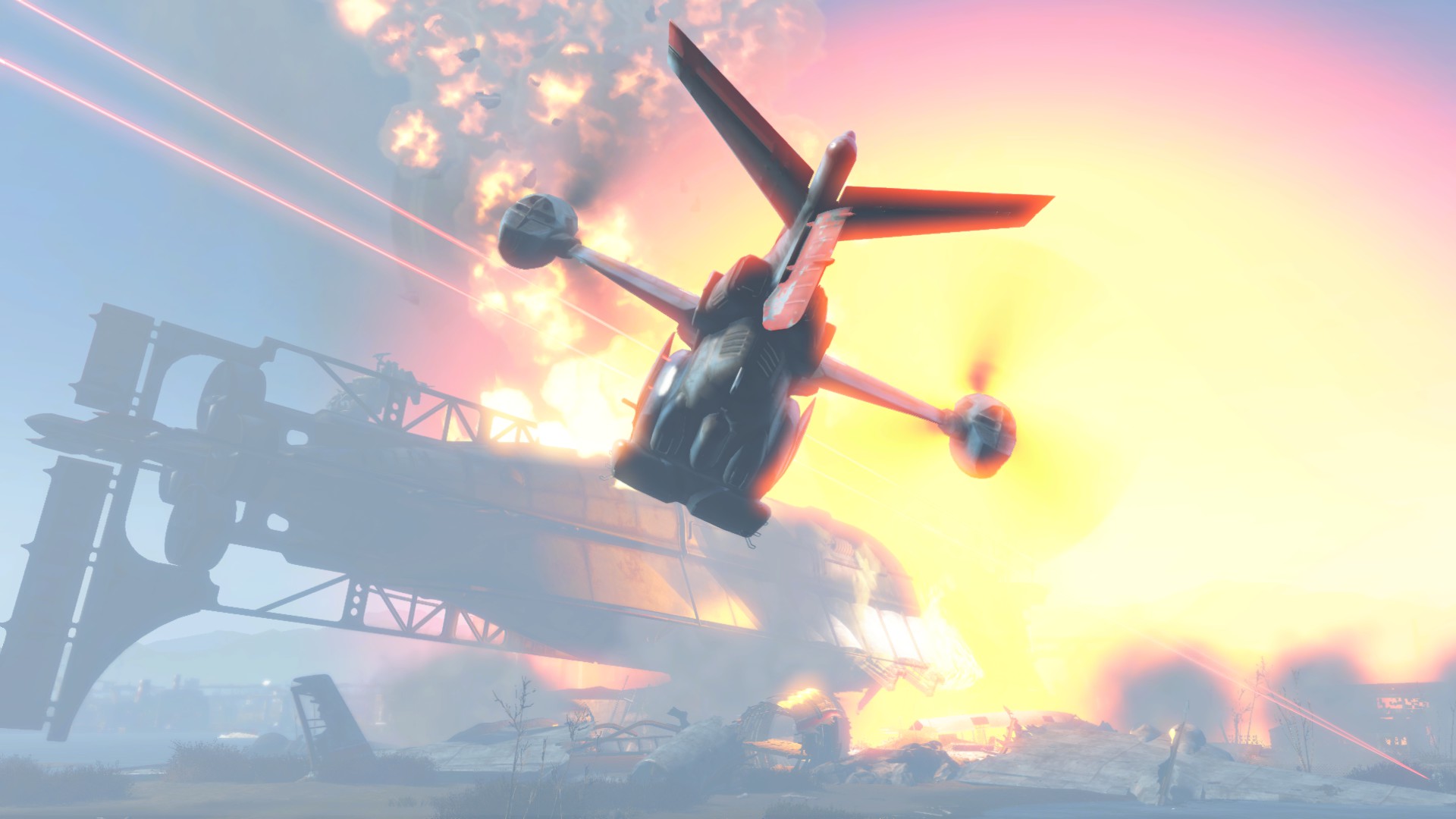 Fallout 4 has already swallowed up hundreds of hours from millions of players around the world. And while the developers haven’t released the official mod tools quite yet, that hasn’t stopped thousands of modders from creating interesting, and game-changing mods in the two months that the game has been out. In order to celebrate the creativity of the Fallout community, I took to the Nexus and found ten of my favorite Fallout 4 mods available right now. 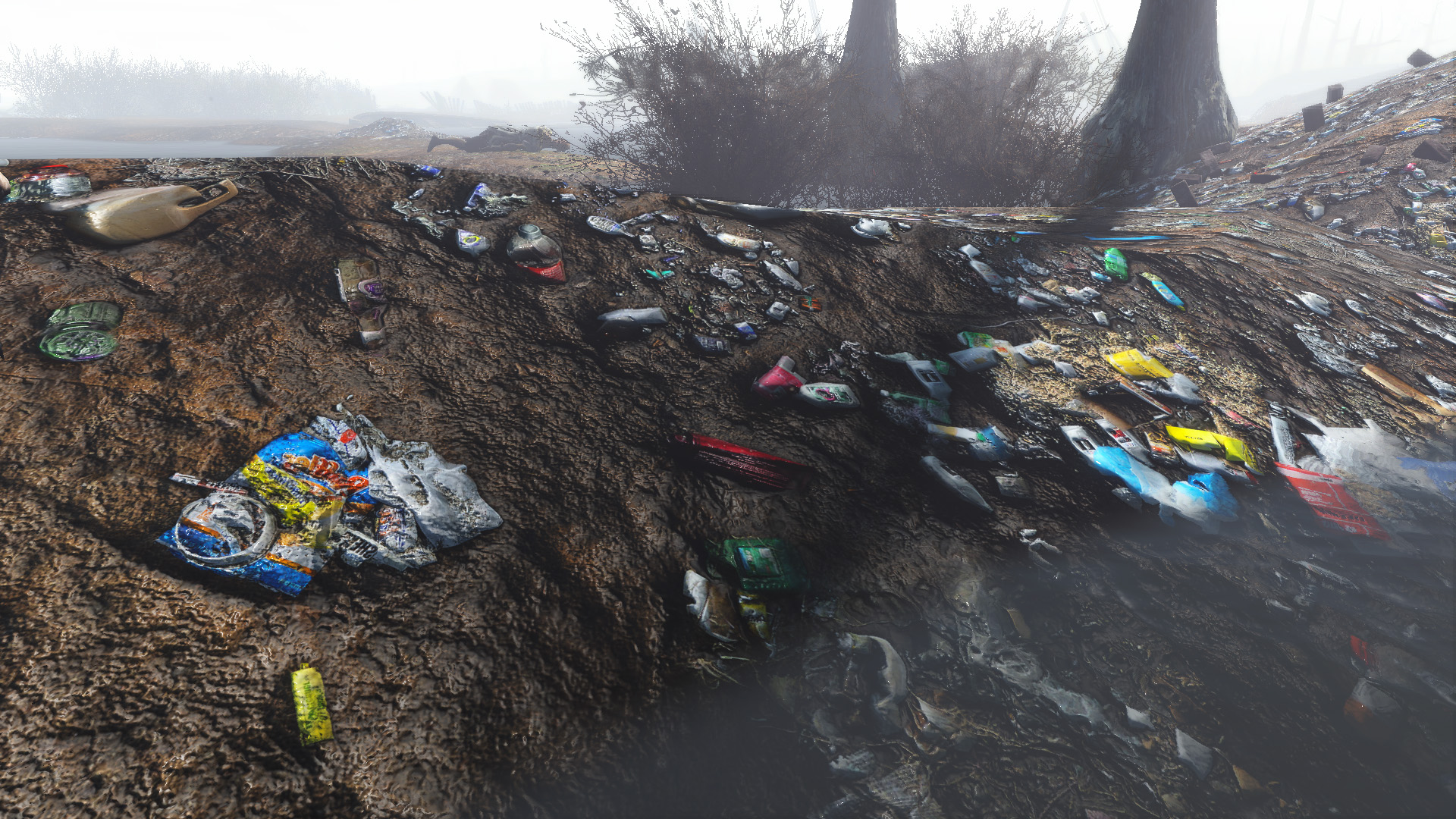 Tired of the same old Fallout visuals? Looking to spice up your life by adding more textures to the world around you? Look no further then. Vivid Fallout is a complete overhaul of the original landscape textures. The mod doesn’t have every single landscape texture yet, but the modder is working hard to get them all transferred over. By default the textures are expanded to 4K, however, if your system isn’t quite strong enough to handle 4K, there are alternate 2K and 1K archives available in the download. 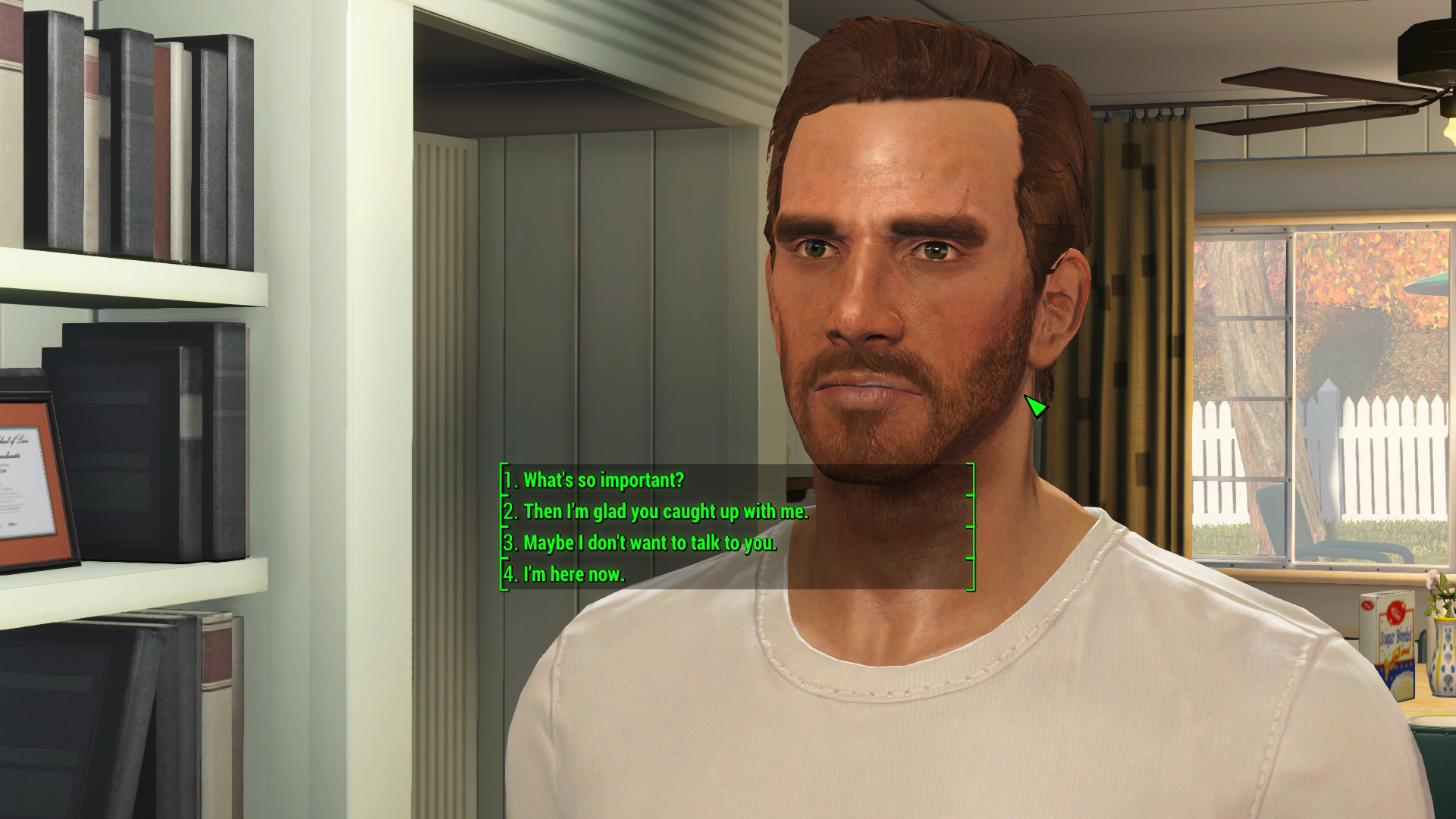 Have you ever made a dialogue choice and then not been completely happy with the results? Thought you were being sarcastic, but turned out you said something nice? Modders Cirosan and Shadwar have a fix for that. Full Dialogue Interface completely revamps the dialogue options, adding the full response so you can easily tell which ways you want to communicate with the various characters you run into in your travels through the wasteland. 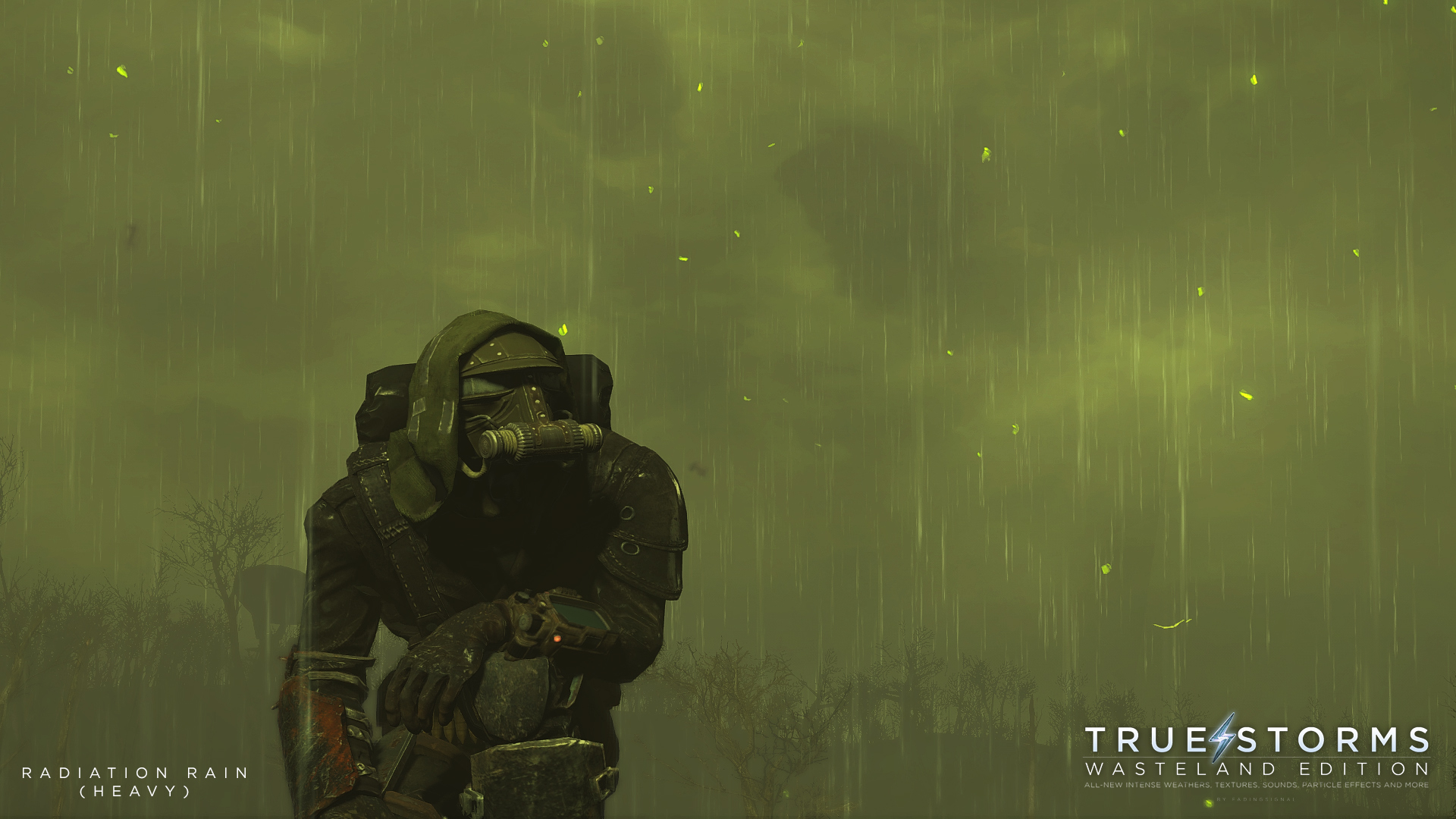 Let’s face it, Bethesda has never been the best at creating graphically moving masterpieces, and the rain and storms available in vanilla Fallout 4 is no exception to the rule. Thankfully we have modders like fadingsignal who has created True Storms, a complete overhaul to the current vanilla storms and rain. Not only is True Storms fuller, and more beautiful. It also changes depending on the ambient lighting around your character at the time. This means that every dust storm, nuclear storm, and rain storm will feel more alive and immersive than ever. 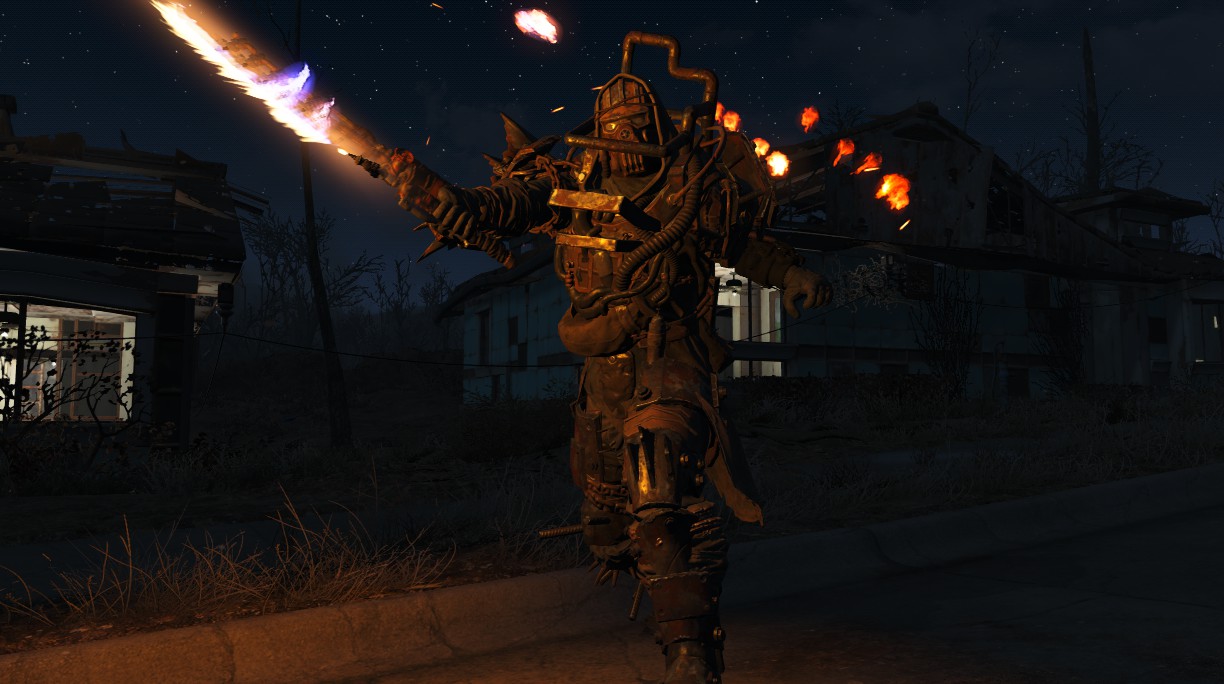 Ever wished you could wear that Trench Coat that Nick gave you, and still be able to equip some equally badass armor? Thanks to Gambit77 you now can. Armorsmith Extended is a massive update to the armor and clothing systems featured in Fallout 4. With this installed every outfit in the game can be worn under armor pieces, every hat and helmet without a face cover can be worn with bandanas and gas masks, and there is even a new armor set that is completely invisible thanks to cloaking technology. If you’re looking to extend your ideas of armorsmithing in Fallout 4, this is the mod for you.

More Where That Came From 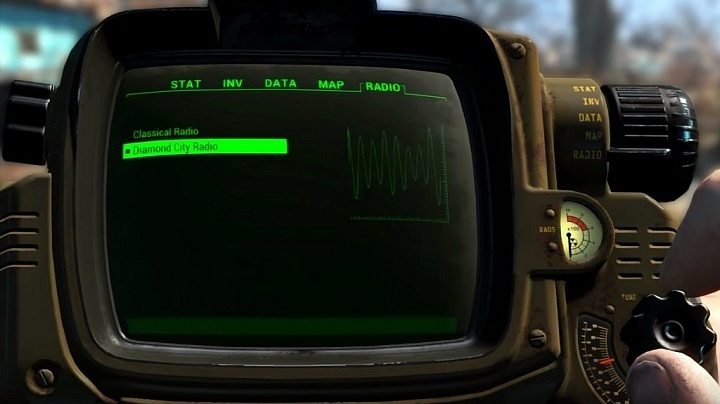 I don’t know about the rest of you, but for the first ten hours or so of my time in Fallout 4, I spent my evenings walking the Wastelands listening to Diamond City Radio. Everything from the music, to the host, to the terror in his voice at the thought of a Vault Dweller coming to Diamond City just pulled me in and really helped immerse me in the futuristic 1950s world. But after ten or so hours those same songs can get pretty repetitive. Thanks to OldManMose76, we now have a reason to launch Diamond City Radio from our Pipboys once more. It’s not really a game-changer, unless you like old tunes like I do, but still it’s a mod worthy of a spot on this list. 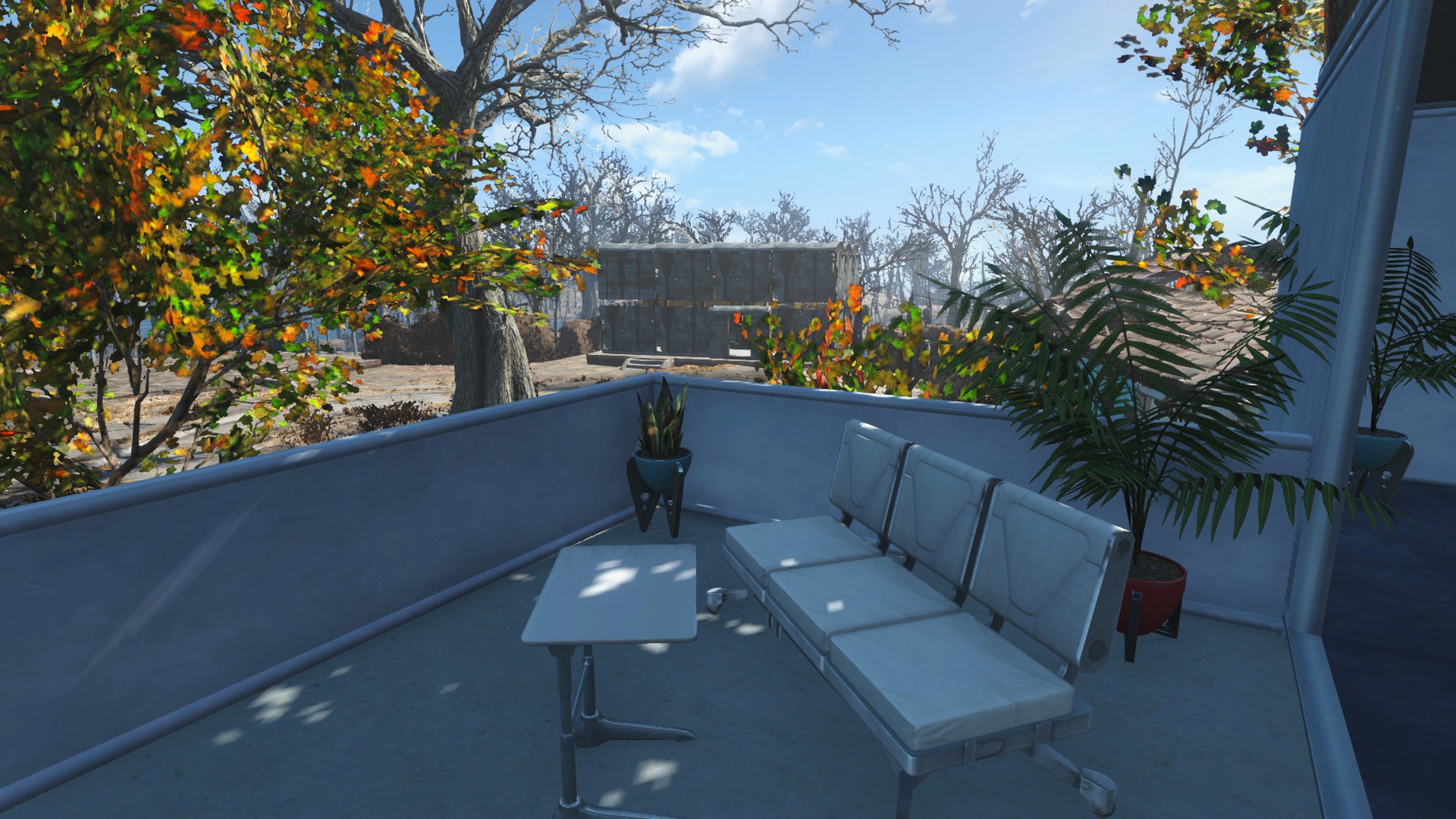 Now we move on to the settlement section of this list. When Bethesda announced base building back at E3 of 2015, I was ecstatic. I love base building games. Sadly Fallout 4 didn’t really deliver a base building experience I was thrilled with. Apparently I’m not the only one who wasn’t happy with it, as NovaCoru has created Homemaker – Expanded Settlements, a massive mod which adds over 800 new craftable options for settlement builders. Cars, refrigerators, new walls, floors, and stairways are just a sample of the new materials at your fingertips. 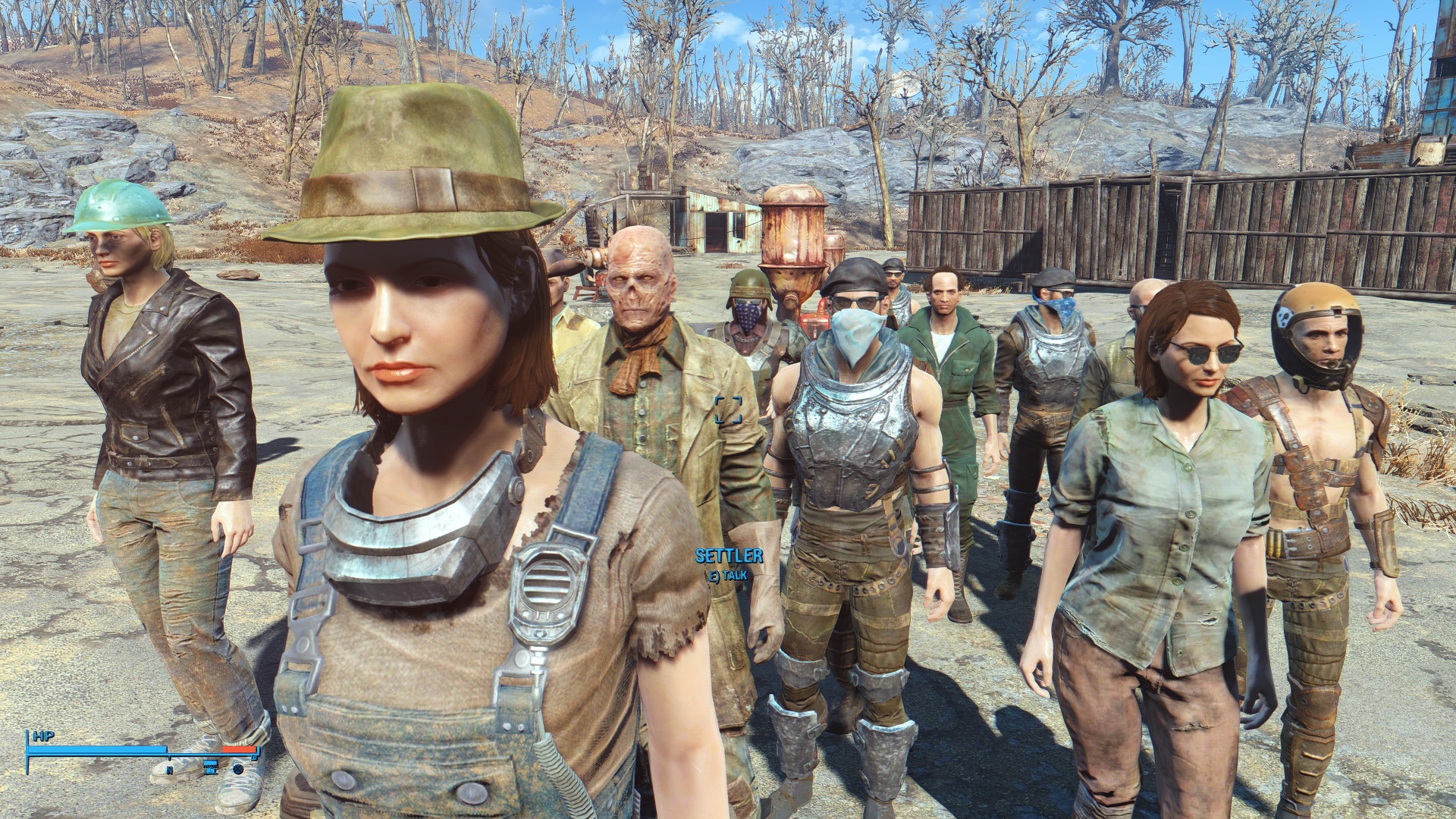 I was walking through my Sanctuary settlement the other day, and couldn’t help but notice how shabby and ill prepared my settlers looked. These didn’t look like wasteland survivors, they were more like Diamond City residents than anything. Thankfully Thom 293 has heard the plea of thousands of settlement runners everywhere. Better Settlers, as the mod is aptly named, does one thing: it makes your settler betters. From more cosmetic variety, stronger generic settlers, better starter weapons, and even a chance to roll 0-2 Stimpaks (which they’ll use in battle). Better Settlers not only gives you a more diverse and interesting populace for your settlement, it also gives you a better line of defense to stand beside when Raiders come a knocking. 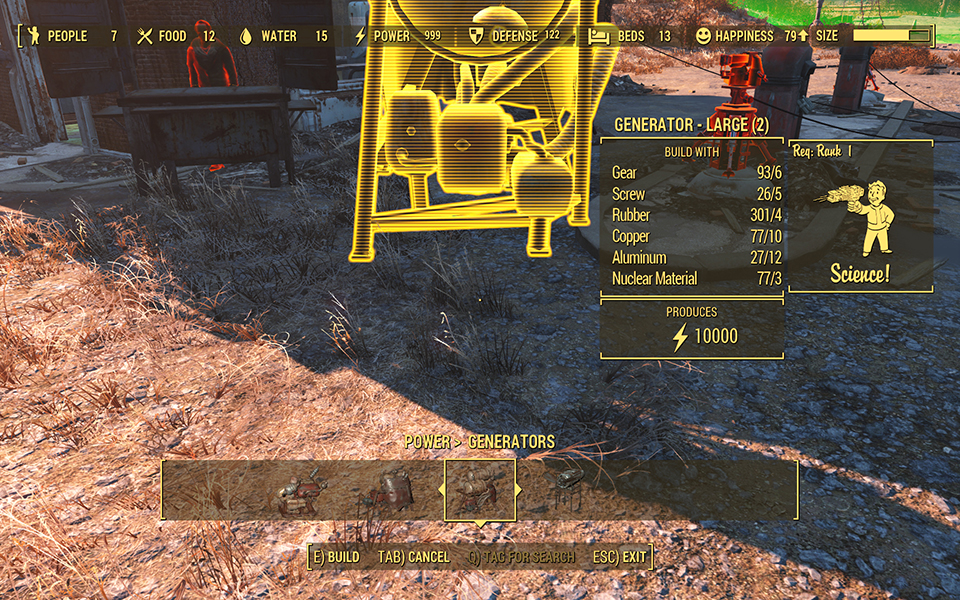 If you’ve tried to build a settlement at all, you’ve probably noticed the obscene amount of generators sitting off somewhere on your property. Thanks to low vanilla power production, several generators are required to even power the small things around your settlement. Not only does this clutter up your settlement, it also makes it harder to hear as the generators are obscenely loud. Fear not, dear Vault Dweller, Expired6978 has a plan, and that plan is Better Generators. Simply install this mod from the Nexus and presto your vanilla generators are suddenly better at their job. This means less noise, less clutter, and more beautiful custom built buildings. 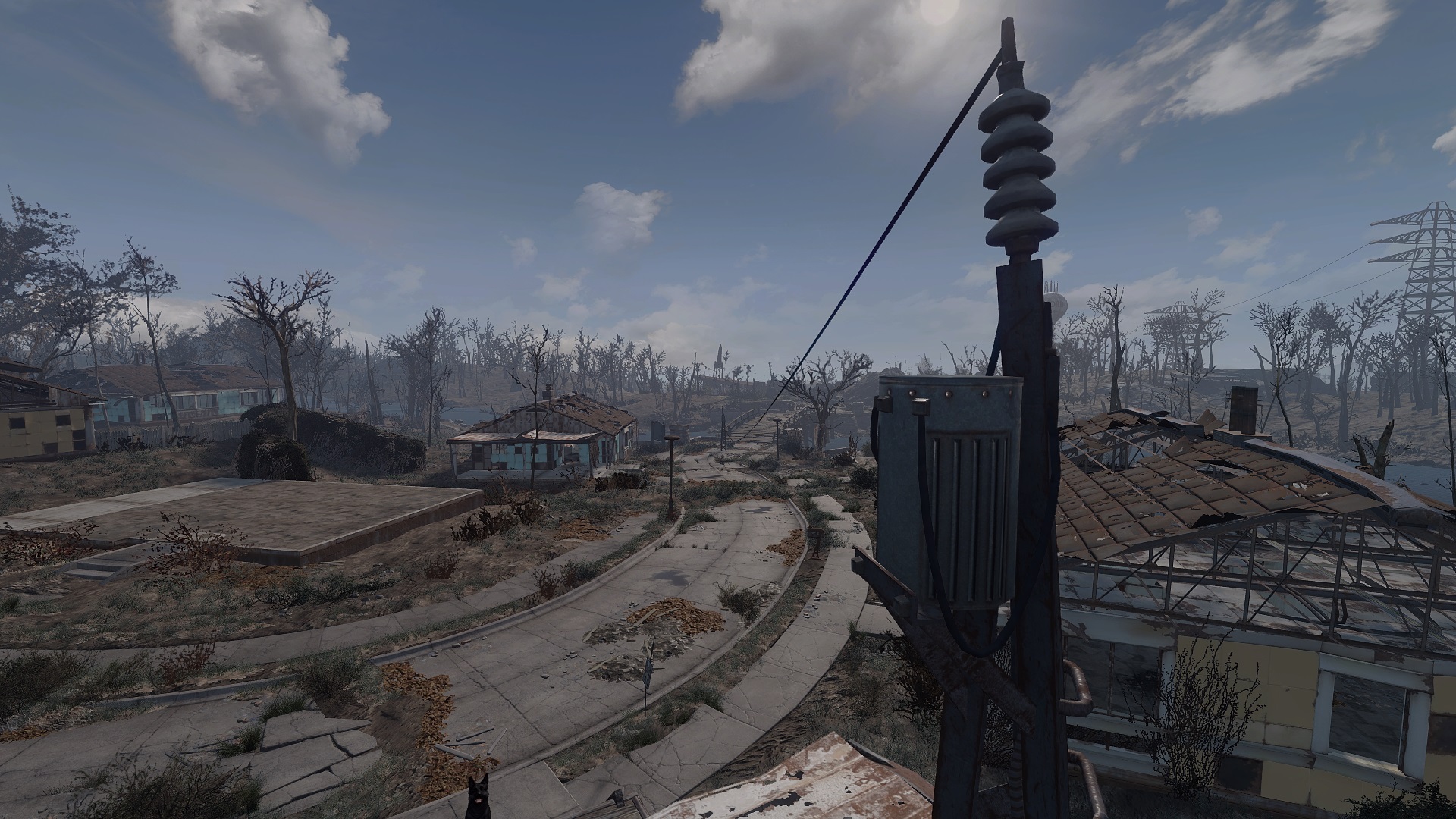 Tired of having to build generators in places you want to reserve for other structures? Longer Power Lines allows you to build your generators further away than ever before. Featuring three options, Infinite, 2X, and modder Puma361’s personal favorite 3X, Longer Power Lines is a must have for settlement developers looking to really make their mark on the Wasteland. 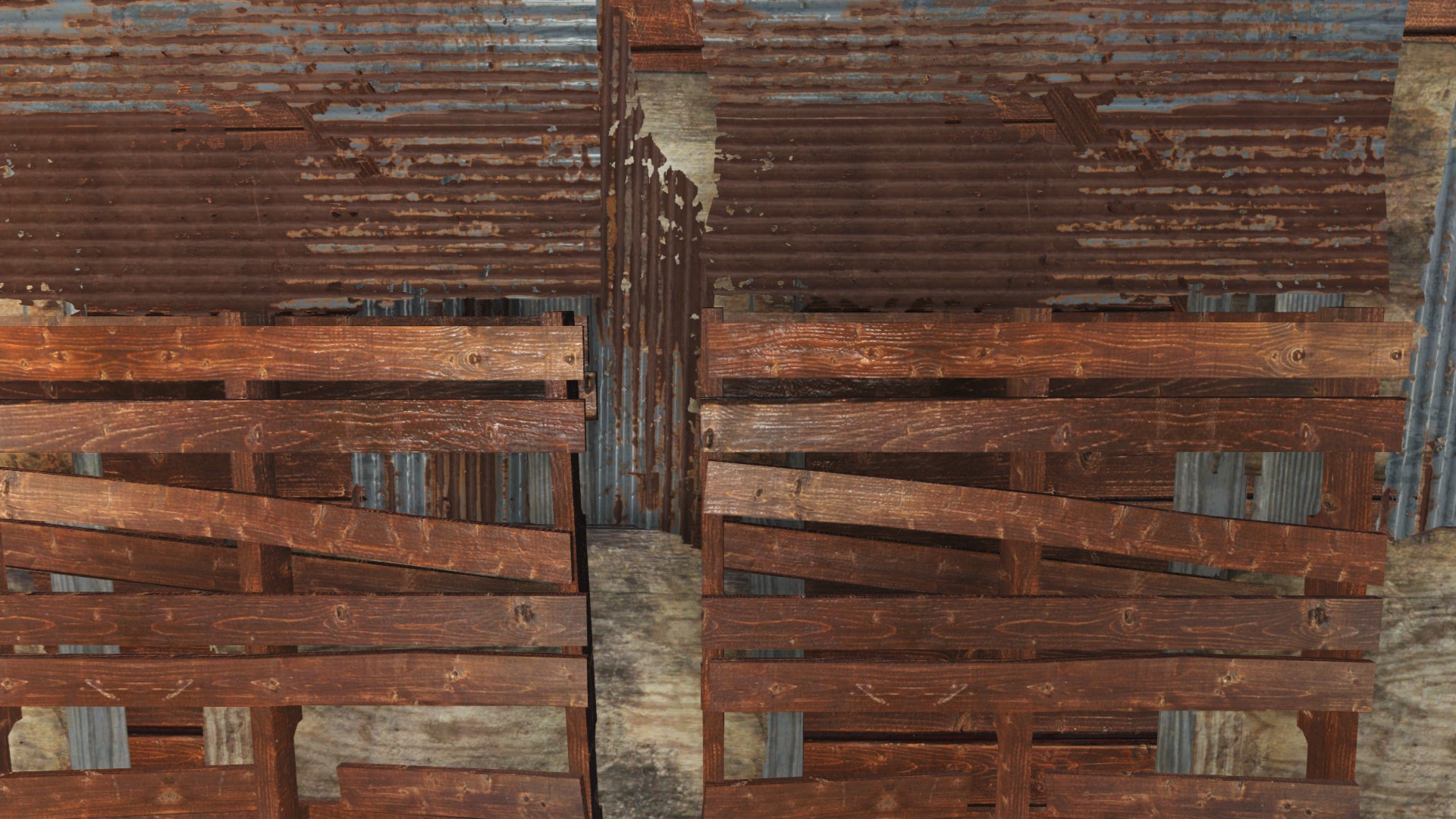 Remember that fence you wanted encompassing Sanctuary or the Red Rocket? Remember all those holes between the fence pieces after you finished? It’s time to get rid of those holes thanks to Draco856 and his simple mod, Simple Intersection. This simple mod allows you to slightly intersect objects like walls, fences, and floors to really bring your settlement together. Time to mend those holes in your defensive wall.

Tired of being told you can’t place something somewhere? This simple mod by Fusk allows you to place items anywhere you want, whether it is green or not.

Know some good mods that didn't make the list? Link them in the comments so everyone can see your personal favorites.

Kill It With Fire review: Apathy by arachnid
Login / Register