ASUS has announced several of products at CES 2016, which includes motherboards, displays, desktops, laptops, and peripherals all focused on gaming.

A total of three motherboards have been announced: the ROG Maximus VIII Formula, the ASUS G970 Pro Gaming/Aura, and the Asus B150I Pro Gaming/Wi-Fi/Aura.

The ROG Maximus is a Z170-based ATX gaming motherboard that features an innovative cooling design that uses an exclusive CrossChill EK water block to help cool its VRMs. It also includes an Aura LED illumination and durable, laser-engraved ROG Armor. The LEDs can use customizable Aura effects, including breathing, strobing, and color-cycling modes as well as pulsate to the beat of your music or change color based on the CPU temperature. The motherboard also features the very latest Intel Gigabit Ethernet along with LANGuard, 5-Way Optimization, and SuperemeFX 2015.

The ASUS 970 is based on the AMD 970+SB950 chipset that has been certified by NVIDIA to offer SLI support. It features Aura RGB LEDs, SuperemeFX, Sonic Radar II, and Intel Gigabit Ethernet with LANGuard and GameFirst technologies. The motherboard also has a dedicated water-pump header and dual USB 3.1 ports.

For those who prefer to keep their gaming desktops small, the ASUS B150I is a mini ITX motherboard that includes Aura LED, five additional controllers, and a special firmware. It comes with all the technologies the ASUS 970 has, although it has dual-band 802.11ac Wi-Fi support built right into it. The on-board Wi-Fi supports multi-user MIMO and comes with an external 2x2 antenna. 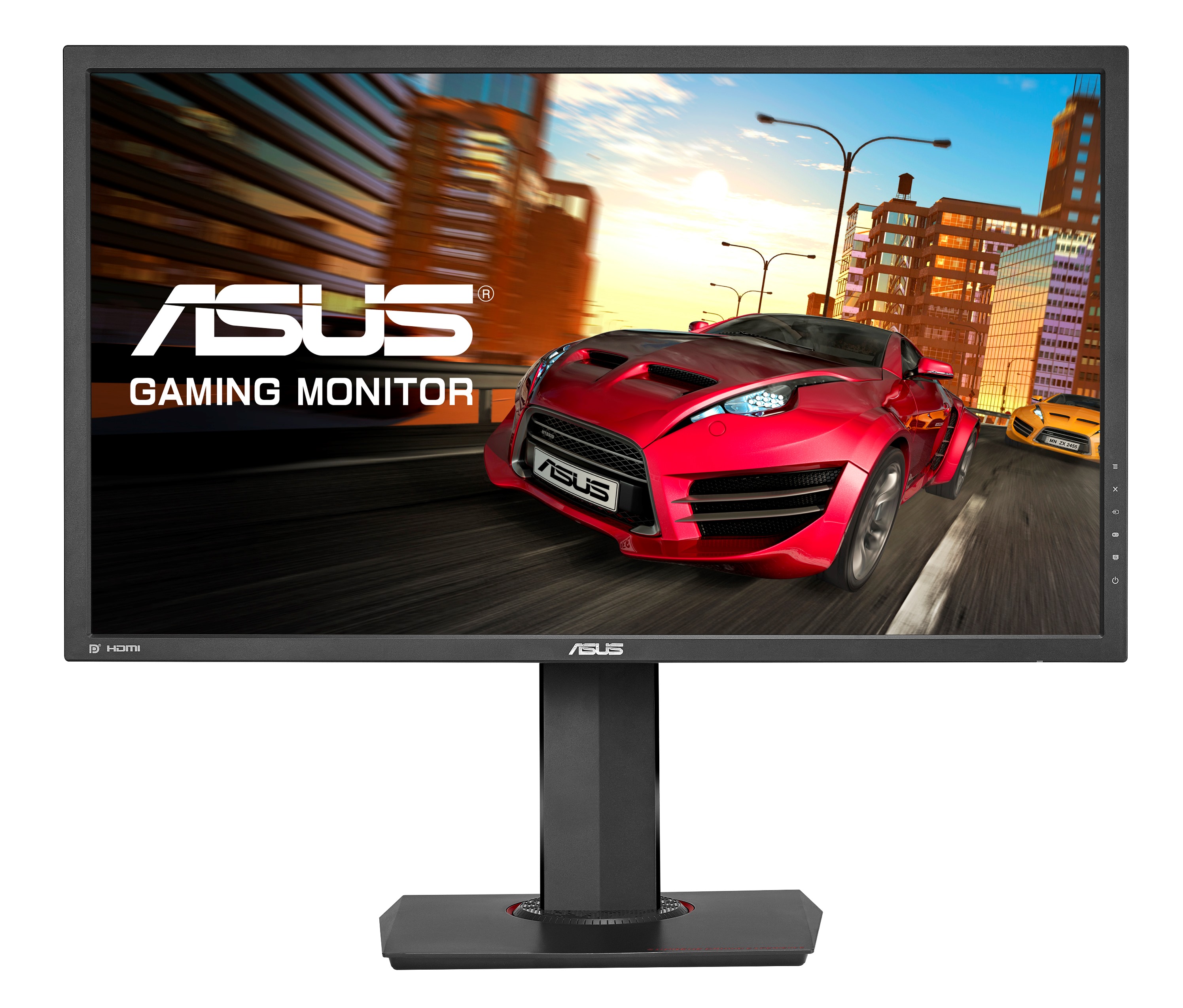 ASUS has announced two new monitors at CES, one of which supports 4K gaming. The ASUS MG 4K Series monitors features 4K UHD 3840 x 2160 resolution options on both 28- and 24-inch models. The 28-inch MG28UQ has a 1ms response time that helps eliminate ghosting and motion blur, while the 24-inch MG24UQ has an IPS panel that make it easier to view at wider angles. Both monitors use VESA Adaptive-Sync, GamePlus in-game enhancements, GameVisual, and Ultra-Low Blue Light filters. 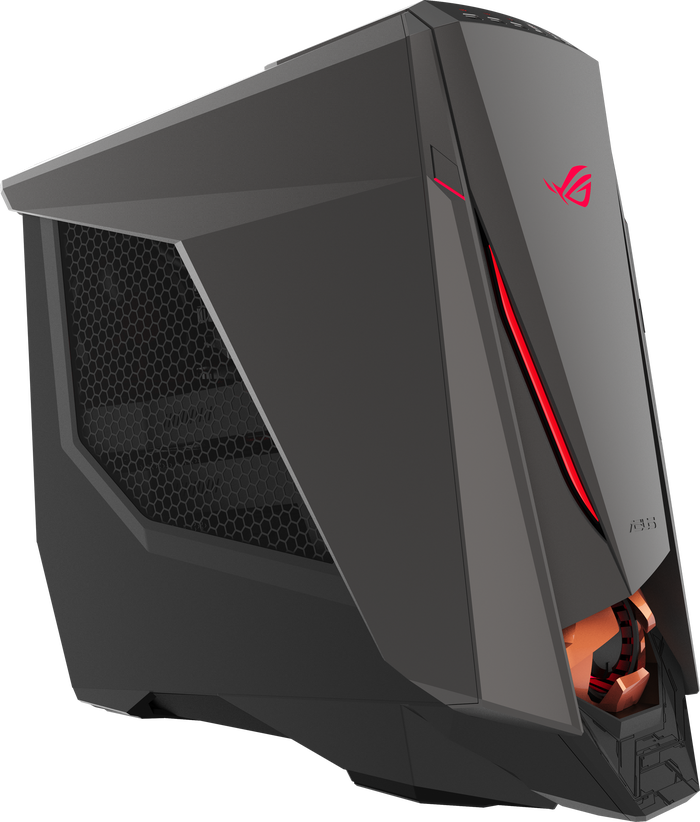 Moving on to its PCs, ASUS has a new gaming desktop and two gaming laptops: the ROG GT51, the ROG G752, and the ROG GX700. Starting with the desktop, the ROG GT51 is powered by a 6th-gen Intel Core i7-6700K processor and up to two NVIDIA GeForce GTX TITAN X graphics cards in SLI, and a USB 3.1 Type-C port on the front panel that’s capable of transferring up to 10Gbps and can quick-charge mobile devices. The GT51 comes with the ROG Turbo Gear that allows users to overclock it with just a single click as well as the ASUS-exclusive Aegis II app to help monitor the system parameters. To help keep the machine nice and cool, the GT51 has an internal cooling system with a dedicated air tunnel to help efficiently manage heat. The PC’s ATX chassis features Armor Titanium and Plasma Copper finish, a transparent side window, and customizable lighting effects with up to eight million colors. 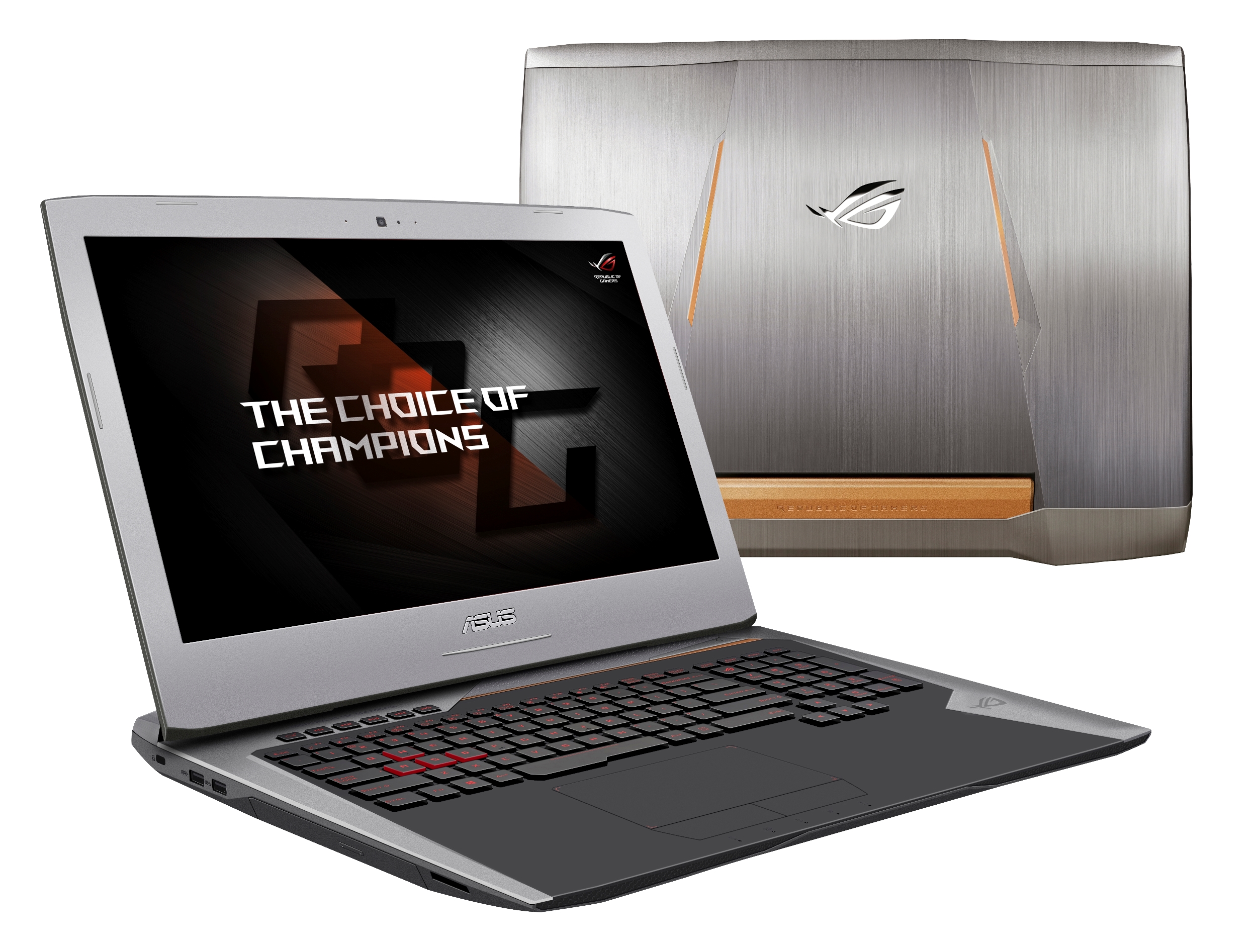 The ROG G752 features a 6th-gen Intel Core i7 processor and up to a NVIDIA GeForce GTX 980M discrete graphics chip and G-SYNC technology. The laptop features a 3D Vapor Chamber thermal system to more efficiently cool its internals and increase its stability and a backlit anti-ghosting gaming keyboard with 30-key rollover. 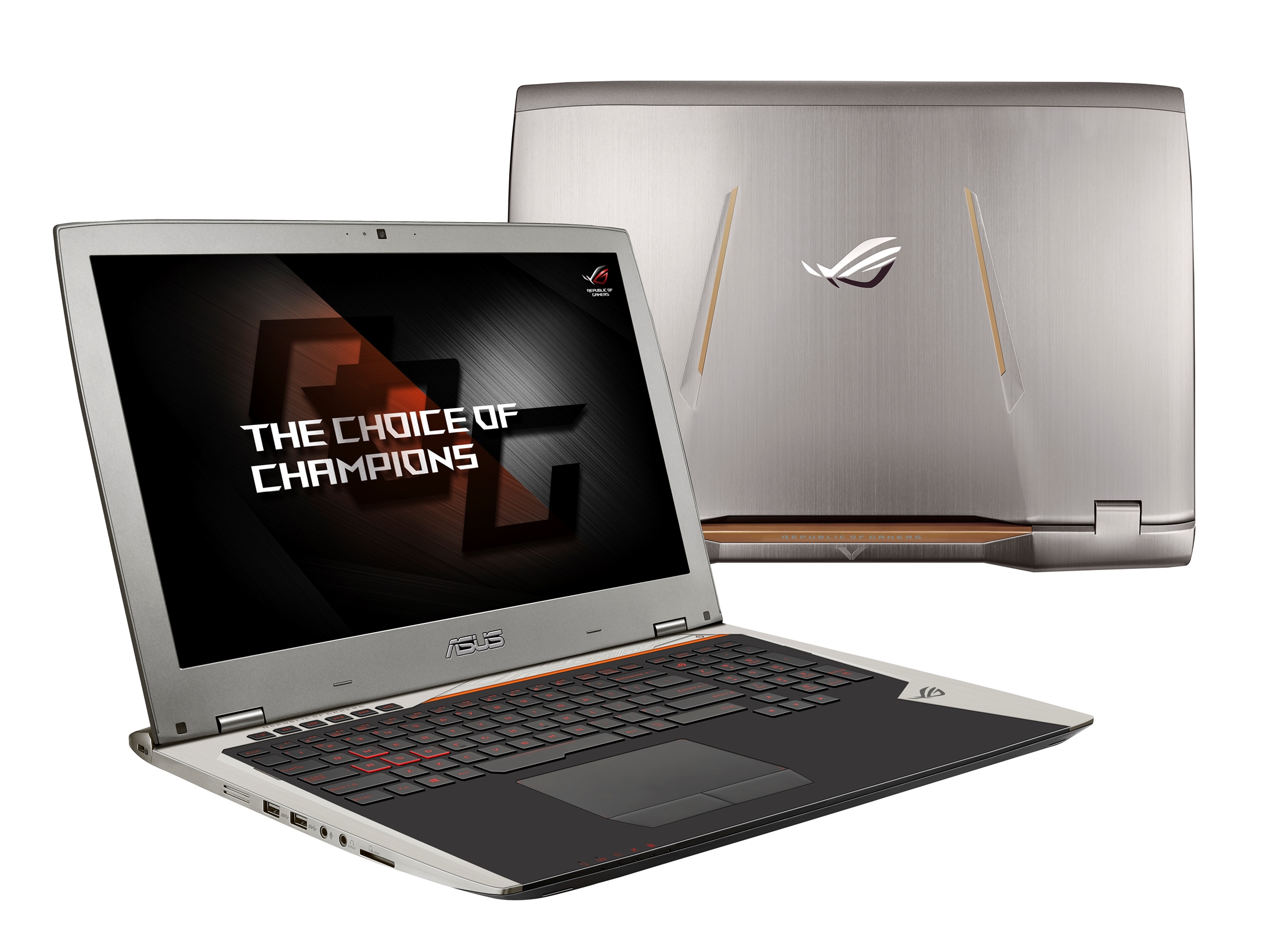 The ROG GX700 is the first liquid-cooled gaming laptop with a detachable Hydro Overclocking System cooling module. The laptop is powered by a 6th-gen Intel Mobile K-SKU chip and NVIDIA GeForce GTX 980, which gives mobile users desktop-grade graphics while on the go.

Last, but not least, are three accessories: the ROG XG Station 2 external graphics docking station, the ROG Claymore, and the ROG Spatha. The XG Station 2 is specifically designed for ASUS laptops and graphics cards that allow notebooks the ability to use desktop graphics card to significantly boost gaming performance. The dock helps charge the laptop, easy to hook up, and can be unplugged without having to reboot your system.

The ROG Claymore mechanical gaming keyboard features Cherry MX RGB mechanical switches and a detachable, macro-infused number pad. The backlit keyboard has customizable keys with RGB lighting and N-key rollover technology and can be synced with ROG motherboards that allow the ability to control fan speeds, booth up, overclocking, and BIOS access.

The ROG Spatha wireless/wired gaming mouse is geared towards the MMO gamer as it features an 8200-DPI laser, 12 programmable buttons, and a left and right button with a socketed design. The sockets have Omron switches, which have been rated for a 20-million click lifespan. The mouse can be used in either wired or wireless modes and supports customizable RGB LED effects.

ASUS will announce pricing and availability for all of its gaming-related products at a later time, but this is certainly quite a lineup of products for those looking to upgrade their gaming systems or purchase an outright new PC.