Tripwire announced its upcoming Return of the Patriarch free content update pack just prior to the Thanksgiving holiday. The update will include a brand-new boss fans of the original Killing Floor may know quite well: The Patriarch. Not only that, the update will feature two new maps, a new Gunslinger perk, six new weapons, the controversial Zed-conomy and Trading Floor Store, and more. Shacknews was given access to the upcoming update prior to its official release, and while we once again dove into the game to kill wave after wave of Zeds, the Patriarch once again will surely dominate even the most weathered players. 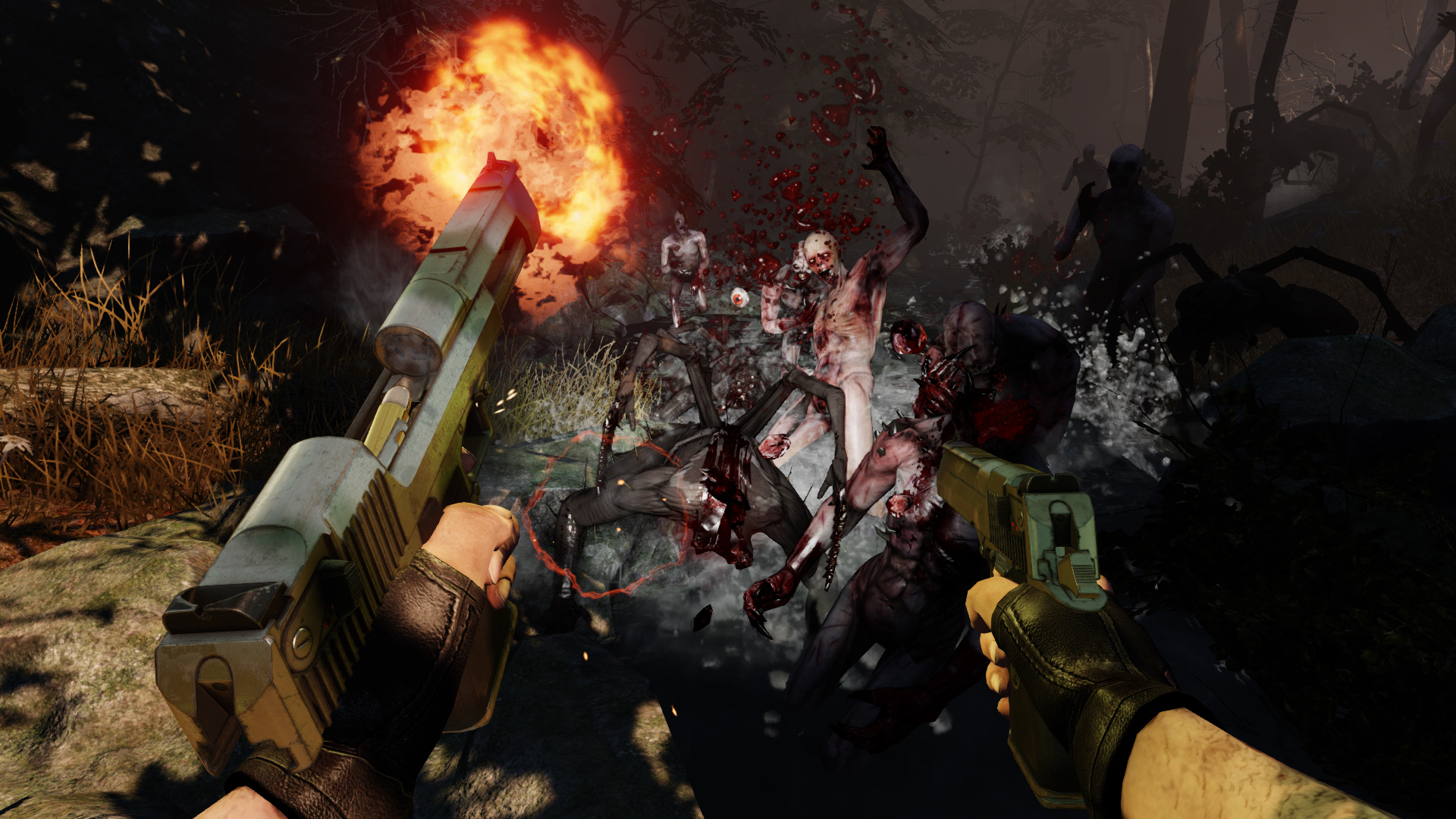 Before we get into the bullet-sponge that is the Patriarch, let’s highlight the new Gunslinger perk. After playing a few hours with the Gunslinger perk, we think he’d be best suited for those who prefer to pack a punch while using as few bullets as possible. The Gunslinger’s dual 1858 Revolvers can easily dispose of low-level Zeds, making it easy to take down a group of them if they happen to be swarming you and your team.

The perk continues offering more powerful pistols that can all be dual-wielded to improve its rate of fire, which can be downright devastating to most Zeds once you purchase more powerful weapons, such as the .500 Magnum Revolver. Some weapons can even take down multiple low-level Zeds with a single shot, making the Gunslinger quite the adversary if played correctly. 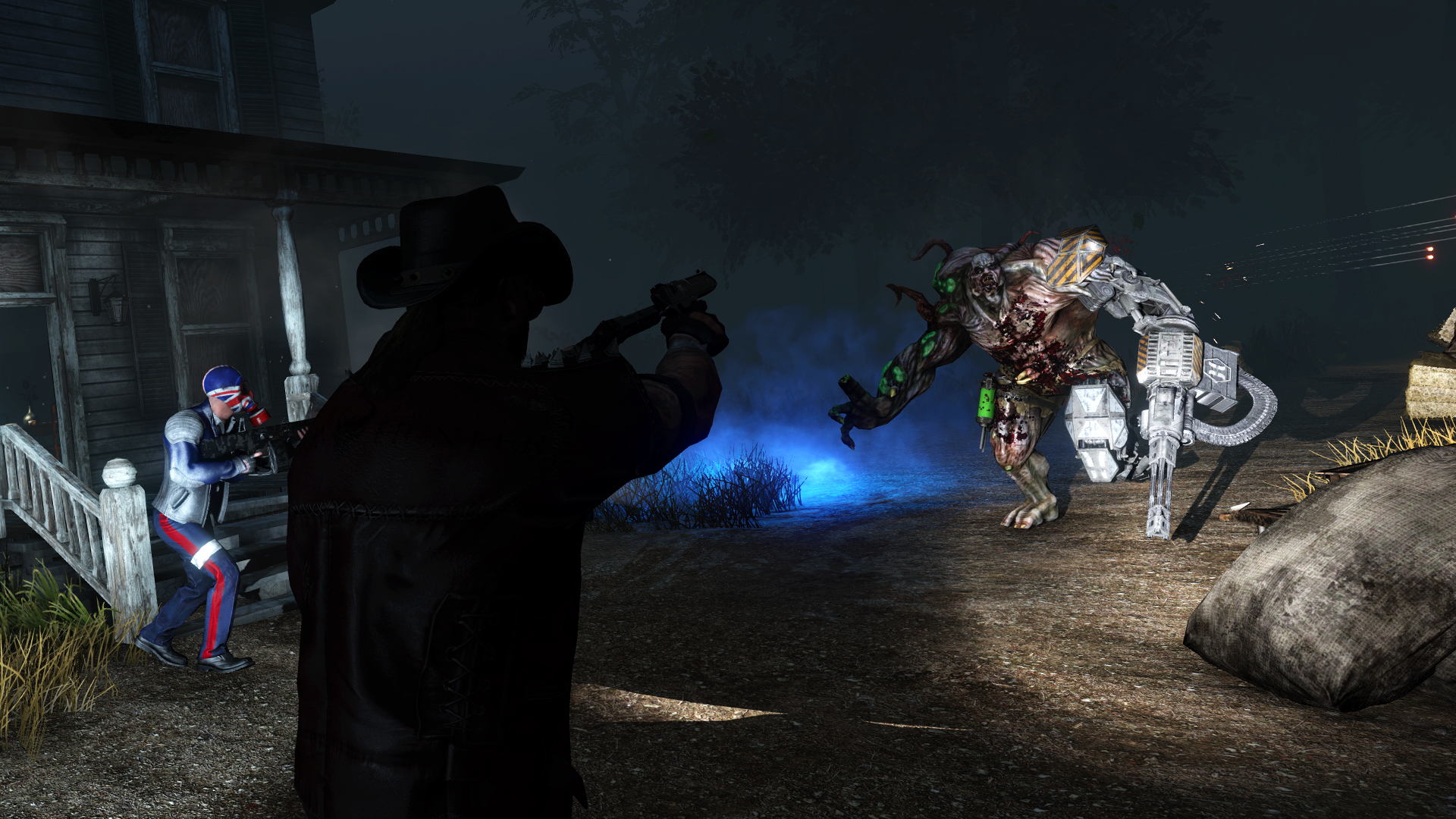 That is - until you completely take down all of your waves and have to battle it out with the Patriarch. No amount of firepower can prepare you for this devastating boss, which has largely been unchanged from the original Killing Floor, aside from its appearance. The Patriarch will start with his basic attacks when the boss battle commences, but when he’s taken enough damage, he’ll attempt to retreat in order to heal himself with a syringe. It doesn’t help the Patriarch throws low-level monsters in your team’s direction to help make his escape.

The Patriarch can once again turn to his invisibility ability to help make his retreat, although in Killing Floor 2, he can also use this ability to pounce on unsuspecting victims, i.e., you. This new trick makes losing the Patriarch that much more nerve wracking as you’re often left unsure if he ran away to heal himself or if he’s using it to attack you from behind. Hiding from him doesn’t make things any easier as he’s now able to lob rockets over a player’s cover to rain death from above. 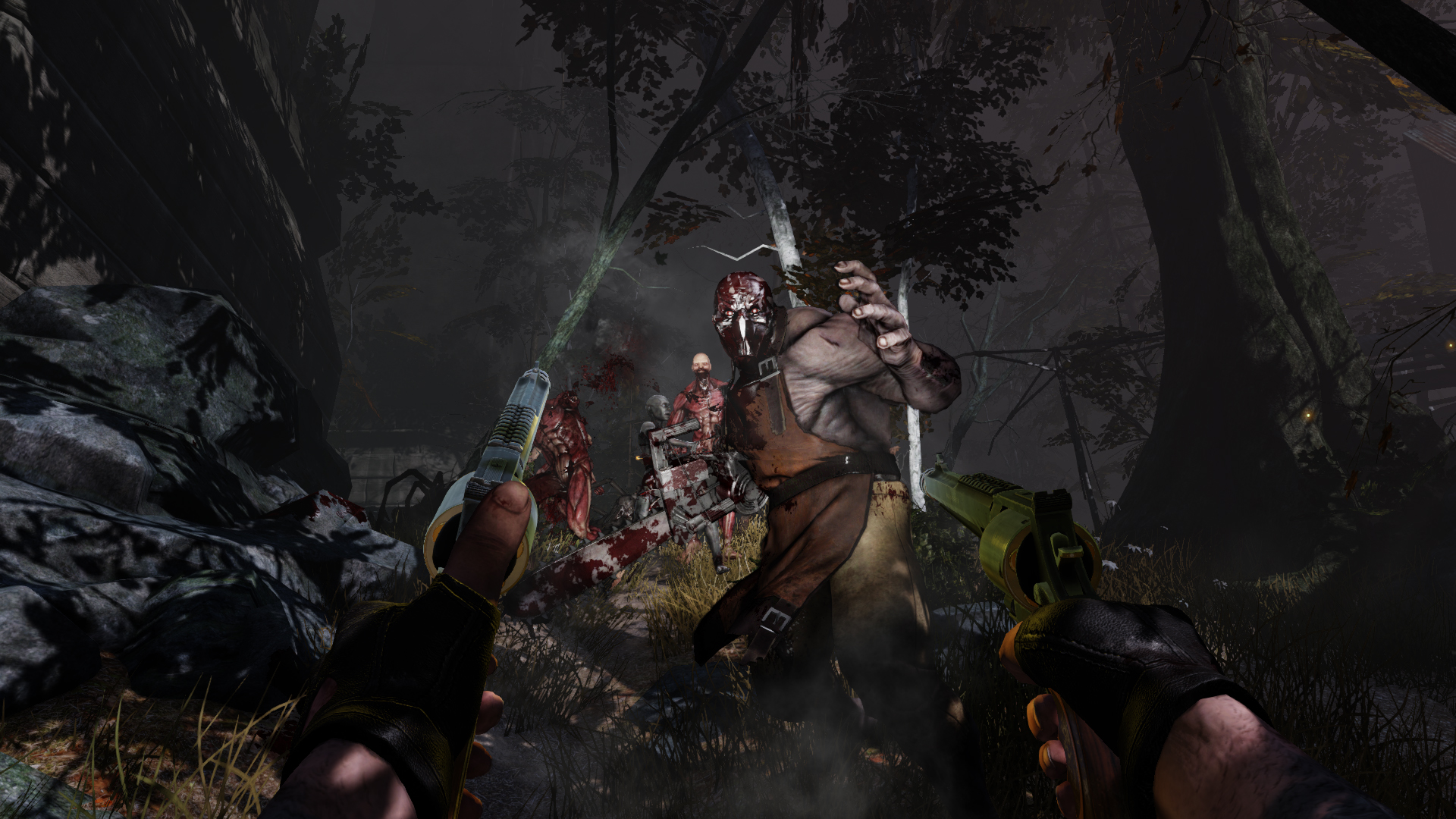 The two new maps, Black Forest and Farmhouse, offer a similar experience as they’re both located in secluded woodland areas. While the Farmhouse offers a main house and barn to fight Zeds in, Black Forest is largely an outdoor area filled with a lot of trees, railroad tracks, and even a stream and a number of creeks. If you suffer from Hylophobia and Kinemortophobia, the Return of the Patriarch content pack may cause you to completely freak out with the combination of two woodland locations and hundreds of Zeds to fight them in extremely poor lighting conditions.

The controversial Trading Show Floor was also up and running during our preview of the Return of the Patriarch content pack, although what was available was rather limited. There were a few skin bundles available for $4.99 and USB keys, which would open their designated blueprints and supply crates, were on sale for $2.49. We didn’t come across any drops that would allow us to purchase the unlockable content during our time previewing the content pack, although we wonder if drops will only be available when the pack goes live for all players. Considering there were only a few items available for sale, we have a feeling this might be the case.

While the Return of the Patriarch content pack only features one new perk, the addition of the new Patriarch boss, two new woodland-themed maps, new weapons, and additional improvements make this feel like a solid update. Killing Floor 2 owners can expect the content pack to be available some time in December as well as also expect to sling a ton of lead at the Patriarch when he pops up at the end of their games.