Ubisoft has been teasing the reveal of a new game all day on its YouTube channel, but it appears we now know the game it’s been teasing is a new Far Cry game called Far Cry Primal, according to a leak of the game from IGN Turkey.

IGN Turkey revealed Far Cry Primal prior to Ubisoft announcing it, which caused the publication to pull its story. Luckily, it has yet to pull its tweet promoting the story, which we screencapped for your viewing pleasure below. 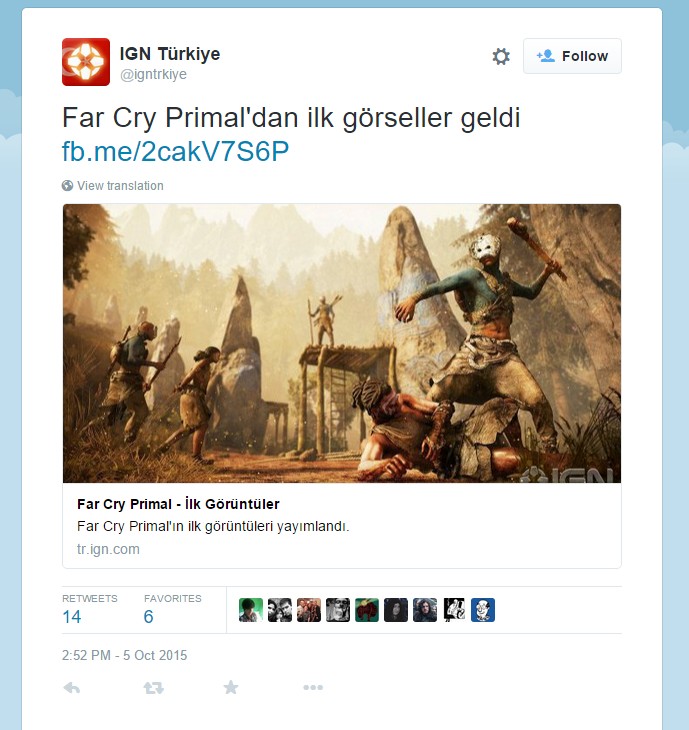 As you can see from the image, Ubisoft appears to be taking things a bit more prehistoric with its Far Cry series. The image shows what appears to be primitive people being attacked by prehistoric bandits or sorts. The world surrounding the people look to feature a lot of stone, wood, and grass while their clothing also hints at a prehistoric world.

Could this be what Far Cry Sigma really was? We'll be sure to let you know once Ubisoft makes its official reveal.