Opinion: Mortal Kombat X: Who Should Be Up Next In Kombat Pack 2?

The first Mortal Kombat X Kombat Pack is fully released, along with some other noteworthy DLC add-ons, but that doesn't mean the fight is over. NetherRealm Studios recently confirmed that the DLC train hasn’t yet reached its final stop, with four additional characters, new character skins, and at least one new stage is coming in early 2016. The Kombat Pack has a diverse set of characters pulled from both the Mortal Kombat universe and popular movie franchises. Now that the game is moving into a second season, here are characters who are probably in the teaser silhouette, along a few extra characters who should be on the roster regardless of the image. 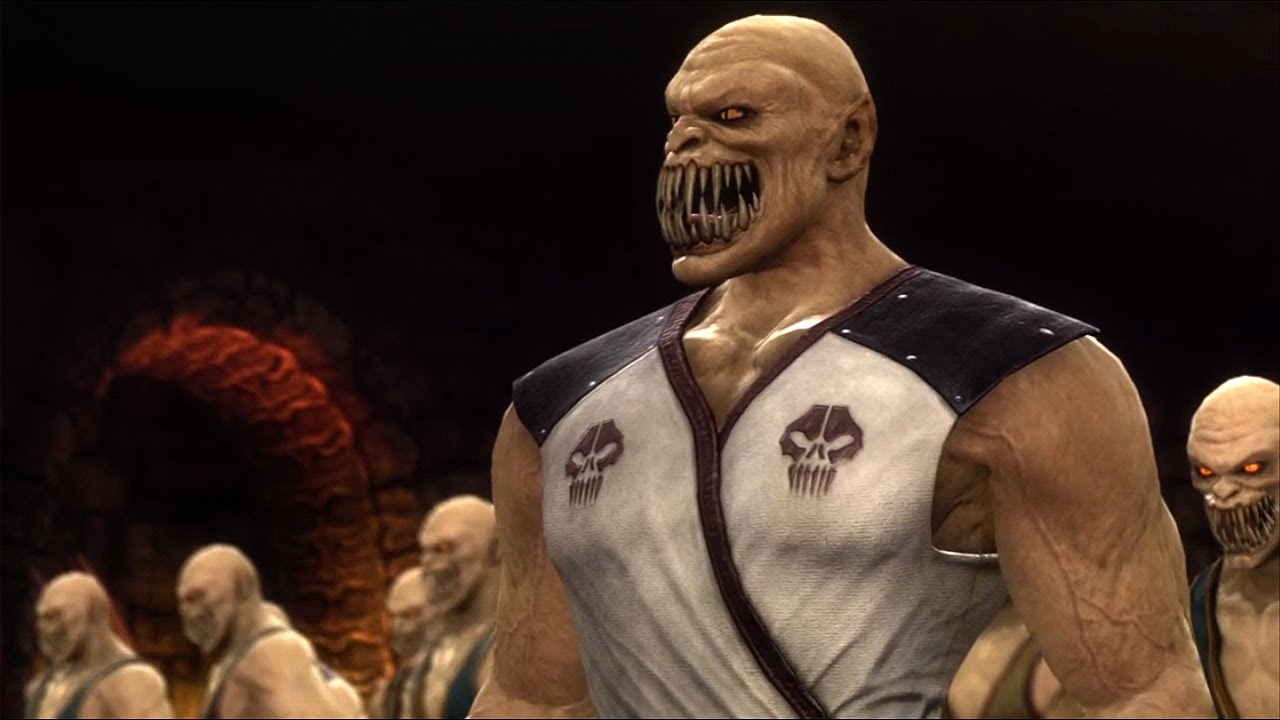 Let's start from the left and go right. The outline of the far left fighter in the image makes it obvious that the fighter is either bald or wearing a head-covering mask similar to what ninja characters like Sub Zero and Scorpion wear. Baraka seems like a solid candidate since he already appeared as an A.I. opponent in the game’s story campaign. His final fate in the story might mean he sits this round out, but some characters have a tendency to make a comeback. Smoke is another possibility since he also appears in a special Faction Kill fatality for Lin Kuei players.

Many fans have been hoping female Lin Kuei member Frost would be joining the roster at some point, but, sadly, the silhouette’s frame looks unquestionably male. The only other established ninja character it could be is the shadowy Noob Saibot, but since we’ve seen or heard nothing of him in Mortal Kombat X, Smoke or Baraka seem like the most likely candidates.

The outline of the fighter’s plumed head looks awfully similar to the headdress worn by Rain in Mortal Kombat X. Like Baraka, Rain also served as an unplayable A.I. opponent in the game’s story, further solidifying his potential as a DLC fighter. However, Kitana’s mother Sindel also showed up as an A.I, opponent and that plumage could also be her whip-like hair wrapped around her head. Fujin, the wind god who appears during one of the game’s story cinematics, sports a similar hair style.

I’m personally rooting for Fujin since it would feel kind of lazy if NetherRealm just repurposed characters who already showed up as fighters in the story as DLC additions, like it already did that with Tanya. Also, both Sindel and Rain already had their time in the 2011 Mortal Kombat reboot. Rain was a DLC character there, which puts me even further into the Fujin camp. 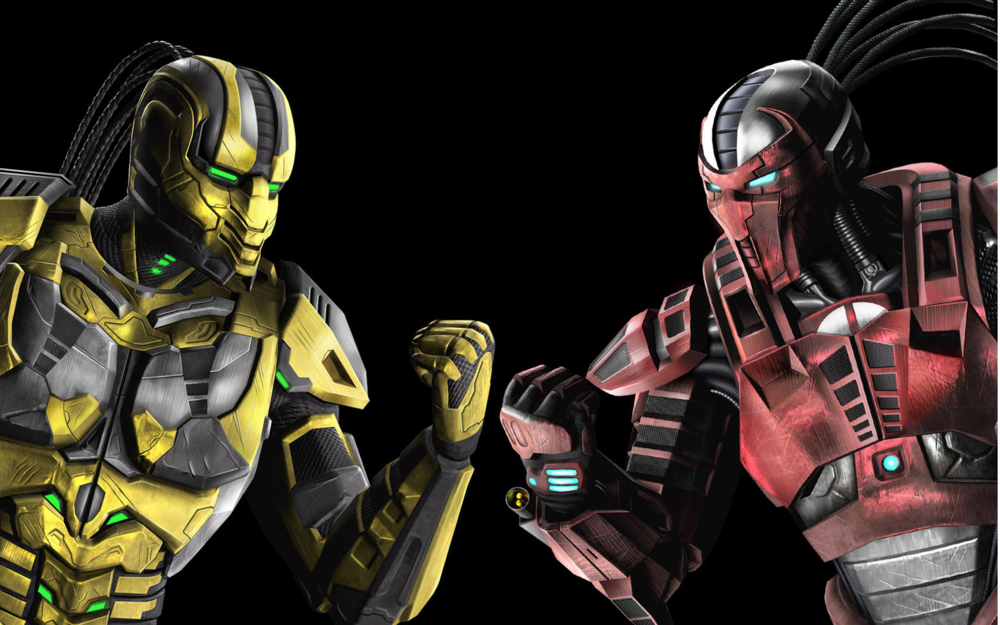 This fighter is honestly a complete mystery to me. The faint details we see confirm some sort of helmet and a vest that sports a large circular bit similar to Kano’s chest orb. This could be a redesigned version of either Cyrax or Sektor, except that they've both supposed to be destroyed. But the fighter’s smaller frame also means it might be a female combatant.

If any of the new fighters are guest characters (more on them later), this would be the most likely one in my opinion. The outline and details are unlike any other Mortal Kombat fighter I can think of, leading me to believe that this one here might not actually be from NetherRealm’s established universe. Perhaps another horror movie character to go toe-to-toe with Jason and Predator. 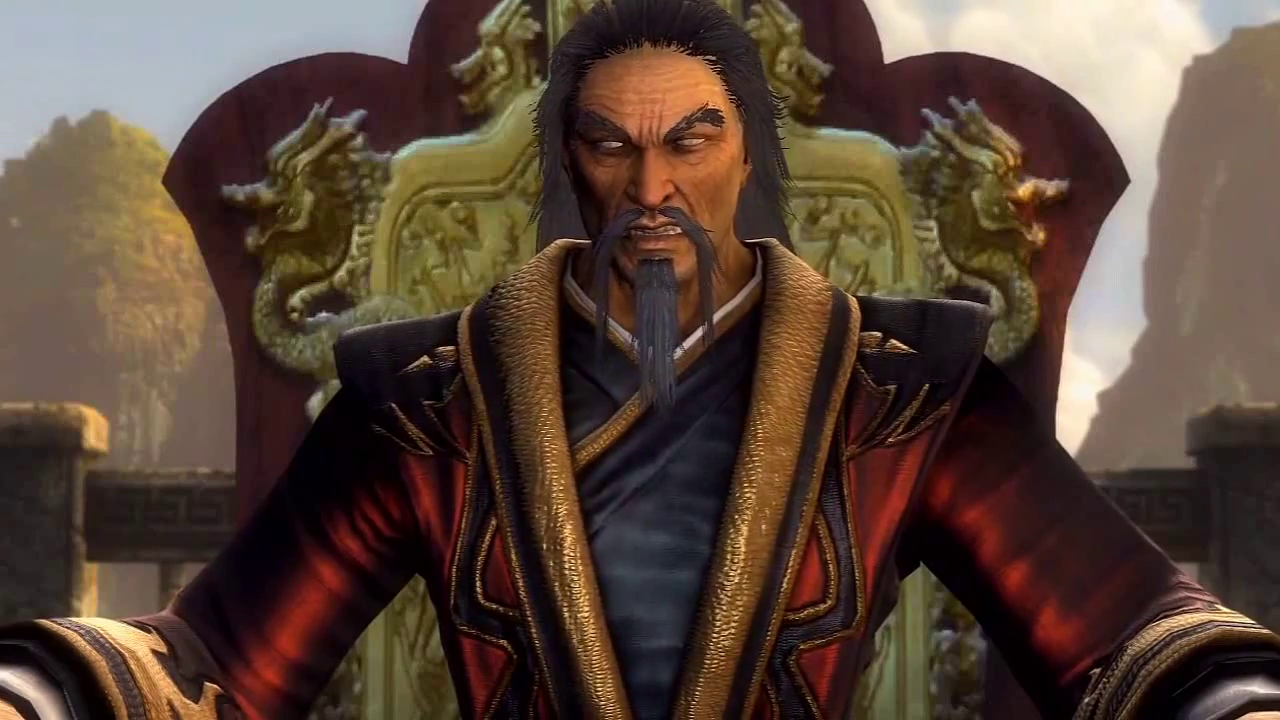 This fighter’s wider silhouette could mean that the lovable kung fu master Bo Rai Cho. Like Fujin, he also appears briefly in Mortal Kombat X’s story cinematics. However, the wider silhouette could also simply be a flowing coat or robe, heralding the return of deceptive antagonist Shang Tsung. He's supposed to be dead, but who knows for sure?

My one reason for questioning whether or not it could be Shang Tsung is what appears to be the fighter’s rolled up sleeves, a cosmetic detail which seems so unlike the snaky sorcerer. There is also the possibility that this could be yet another guest character, though, again, who it could possibly be is anyone’s guess. 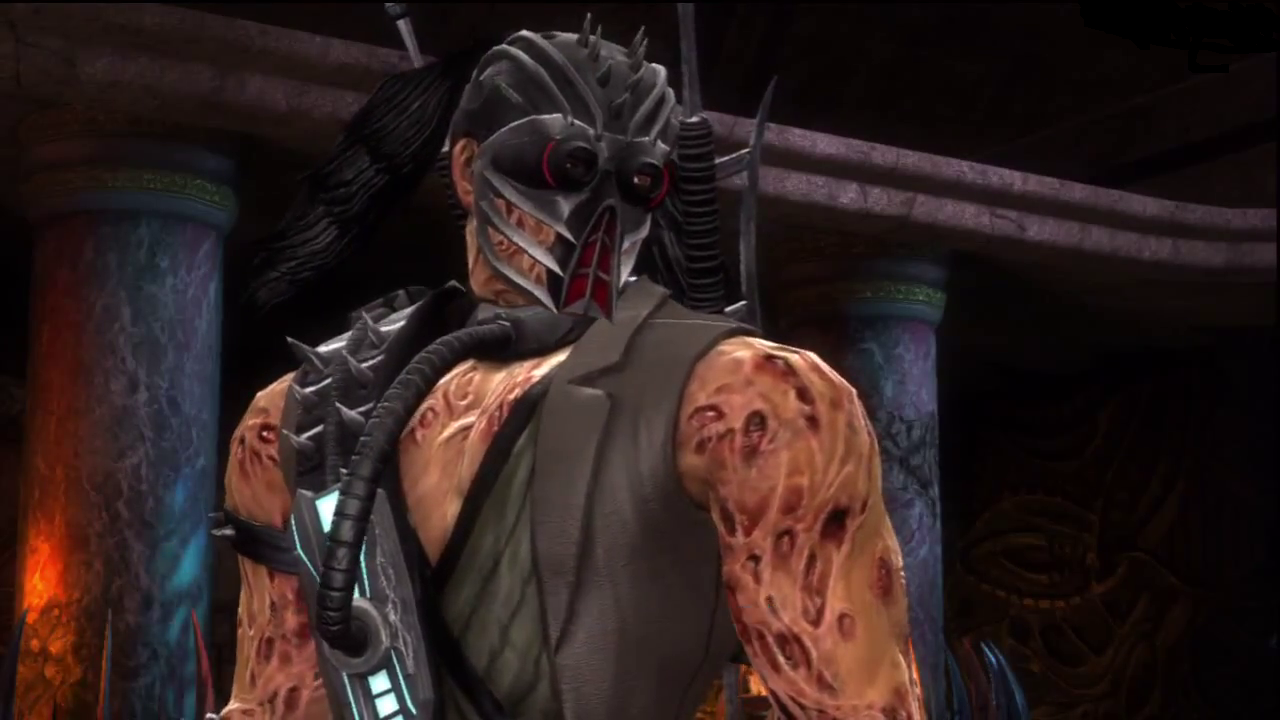 In addition to Bo Rai Cho and Fujin, both Stryker and Kabal appeared in Mortal Kombat X’s story cinematics, meaning they could eventually show up as DLC characters. The reason I didn’t mention them in the above predictions is because they sadly don’t really match any of the fighter silhouettes included in the teaser image. I do have my fingers crossed for Stryker, mainly because I’m totally biased since Stryker has long been my favorite Mortal Kombat character, but I’m also not getting my hopes up that he’s one of the fighters coming in early 2016.

As for potential guest characters, NetherRealm has already proved that anything is possible. It’d be neat to see Freddy Kruger make a return if only so players could live out their fantasies of having Freddy and Jason duke it out, but other horror icons like Michael Myers or Pinhead could just as easily make the cut as well (though Myers is a little too similar to Jason for my liking).

There’s also the possibility that NetherRealm could pull a reversal and bring over a DC character from Injustice: Gods Among Us. Obviously more “noble” characters like Superman or Green Lantern wouldn’t exactly fit within the Mortal Kombat X aesthetic, but I could totally see a more sinister DC character like Joker or Bane mixing it up with the likes of Reptile or Liu Kang.