Microsoft has updated its Xbox app on Windows 10 that offers improvements to how users are able to keep tabs on their friends’ activity, game progression comparison, and additional improvements.

The updated Xbox app on Windows 10 will now display your Friends list and Activity Feed in real-time. That means as soon as your friends are online or if something of note occurs in your Activity Feed, you’ll be presented with that info without having to refresh the app.

Today’s update also offers the ability to compare game progress with your friends and the ability to input text to the Xbox One directly from within the Xbox app. This should make entering text much easier if you have a Windows 10 device close by. 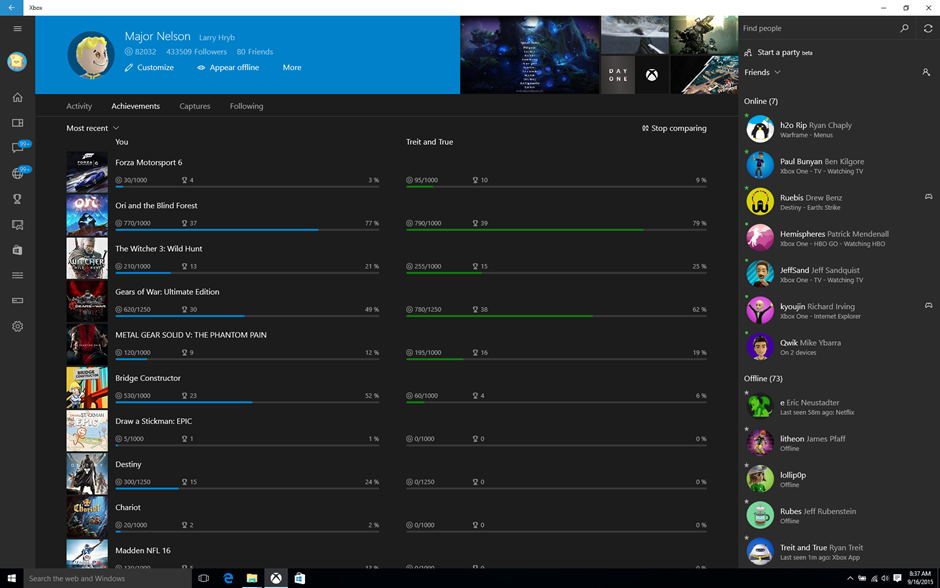