It should come as no surprise that the new Apple TV is less of a gauntlet thrown down before Microsoft and Sony, and more of a nod indicating that it can play games too. To be fair, Apple never promised to participate in any console war, and the company's attitudes towards gaming have remained more or less the same as always: It's a good source of revenue, but not necessarily the most important feature. That mentality could be felt during the device's presentation, which emphasized music and video entertainment for cord-cutters, while gaming was shown as a secondary feature.

The fact is, set-top devices like the Apple TV don't necessarily have to aim at being a gaming platform to be one. If the iPhone and iPad apps are any indicator, mobile users really want to play games on their devices, regardless of how Apple treats them. So, Apple should stick to its tried and true strategy of developing hardware, providing free-to-use development tools, and a marketplace. The games will come. The popularity and open nature of the App Store is what puts the Apple TV ahead of direct rivals like the Kindle Fire TV and Nvidia Shield Android TV, and up to the doorstep of established gaming consoles like the Xbox One and PlayStation 4.

When it comes down to it, all set-top boxes are starting to look pretty much the same. Sure, they have their share of supporters and detractors, and plenty to compare when it comes to power and performance. But the Fire TV, Shield, and Apple TV have a lot in common, including voice search capabilities (with varying degrees of functionality), a collection of entertainment apps, and are tied to subscription services for content like music, movies, and TV shows. They even feature specialized remote controls and gamepads (SteelSeries is rumored to be working on an Apple TV MFi controller). Unless you're heavily invested in these services or companies, the only truly distinguishing factor is the kind of games they support. 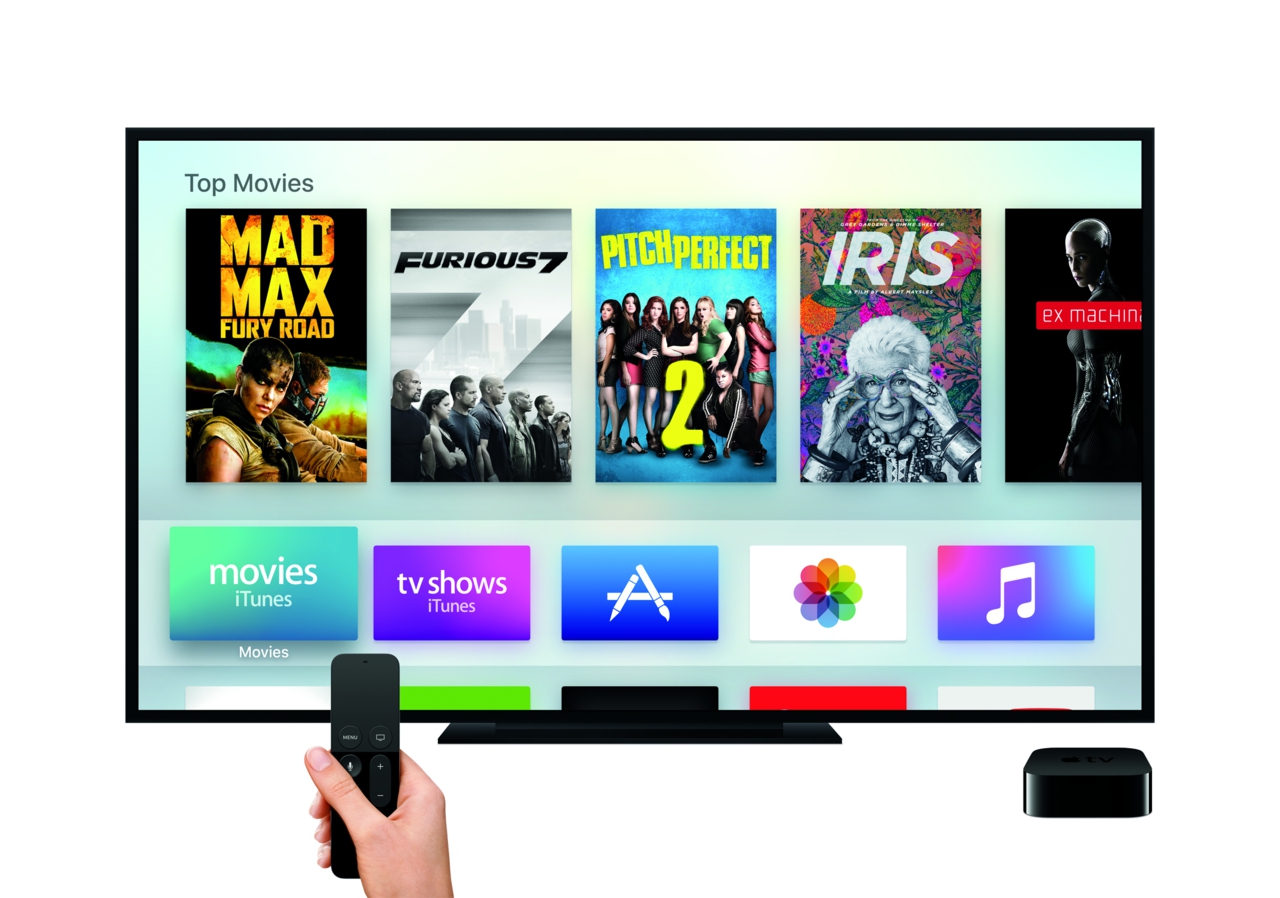 However, Apple TV's major rivals have some serious flaws. Despite having its own game studio and releasing months ago, Amazon's Fire TV has a relatively sparse collection of games. With the exception of Sev Zero, practically all of them are ported from other Android devices, limiting the Fire TV's appeal to streaming entertainment from Amazon. The Shield has almost the opposite problem, since it is built from the ground up for high end gaming. It can play a variety of Android games, including ones ported from the PC, in addition to streaming games from Nvidia powered desktop PCs or the Nvidia Grid service. However, all its other entertainment capabilities are tried to Google Play, which makes the device reliant on too many different sources to have much of an identity.

These problems leave these set-top entertainment boxes relegated to a niche corner of technology. But Apple has a knack for turning otherwise niche technologies into mainstream ones. By exploiting what others have done wrong, the Apple TV could be the device that changes things around. The timing is right, since more people are deciding to cut the cord than ever. Even Microsoft and Sony realize that their consoles need to provide more diverse entertainment than video games, which is where where things like original television programming come in.

A key thing to remember is the iPad didn't necessarily start as a subversive technology. Its intention was to fill in a technological gap between notebook computing and smartphones. However, the iPad's portability and ease of use popularized it to the point where it surpassed notebooks, and now revenues from mobile game revenues threaten to overtake console games.

The push to transform mobile games into a living room experience has been a steady one, pressed by major companies like Amazon, Google and now Apple. In the meantime, as these devices are adopted, the living room entertainment center is getting increasingly crowded. Something will eventually have to go. If they keep pressing, it could only be a matter of time before they successfully subvert console systems through familiarity and frequency of use.

But the beauty is, Apple doesn't have to press. It can do what it always has: provide the hardware, development tools, and marketplace. Then the games will come. The fact that only one of or two of the launch games shown seem appealing won't matter. Not even the fact that the Apple TV's graphics can't match the capabilities of a console system will matter, because the variety of experiences will make up for it. Also, unlike Microsoft or Sony, Apple has very little investment in games. It's a self sustaining market, driven by development studios of all skill levels and size. Apple takes no loss to its bottom line or reputation if games fail to take off on Apple TV App Store, because the device is clearly meant for other forms of entertainment. It just happens to play games too. 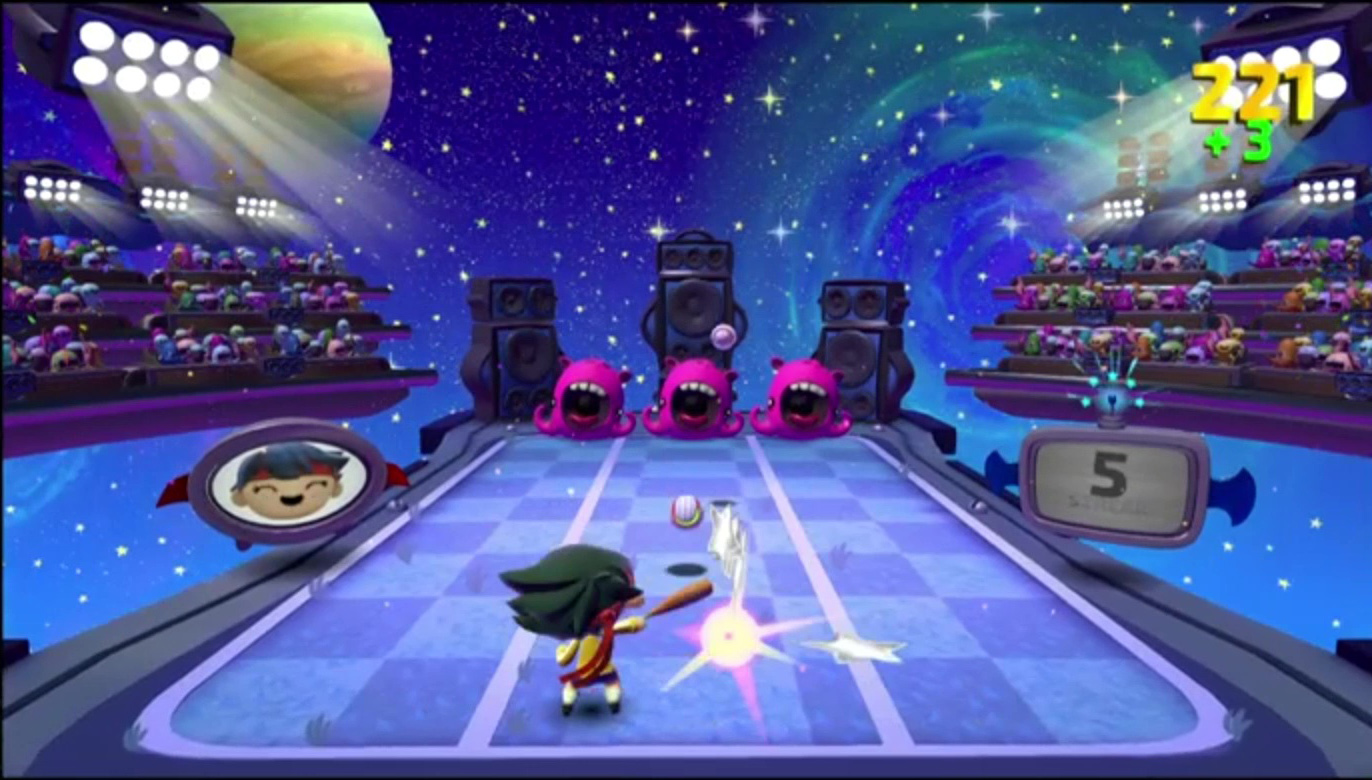 That doesn't mean that Apple can't try to shift the odds in its favor. Having a remote control that functions as a motion controller, along with how Beat Sports is reminisent of Wii Sports, suggests that the company is trying - at least a little - to capture some of the lightning that Nintendo managed to get years ago. But that's just the start. Even if you don't count the official MFi controller that's still in development, there's still a ton of potential in using the newly revealed iPhone 6s or 6s Plus as a Wi-Fi controller, especially since they have 3D Touch capabilities. Nevermind the potential of using the iPad or iPad Pro as a second screen or controller.

Energy and Persistence Conquer All

The Apple TV might not be much of a threat to console systems right now, or even in next few years, but Apple can afford to play the long game. After all, we're talking about a device that has been continuously refined since 2007. Eventually, it'll find the right balance of features and grow and popularity. Video games are almost bound to help that growth along. If and when that does happen, it's bound to inspire hundreds of imitators that will drown us in set-top boxes. High end gaming consoles and PC gaming will still have their place, but they could end up shrinking before the persistent march of the mobile gaming into the living room.