The upcoming Metroid Prime Federation Force won't just be about taking on some of the galaxy's biggest threats to life. Federation marines need to take a break every once in a while, and what better way to do that than with Metroid: Blast Ball, a sport that combines the shooting Metroid Hunters with a soccer-like sports game.

The 3v3 team sci-fi team shooter sport is pretty straightforward and easy to get into. A giant sized ball falls into the middle of a stadium, and as the name of the game suggests, both teams try their best to blast it into the opposing team's goal. The first team to score three goals wins. Arm cannons can be charged up for a single powerful, but power draining, shot. Or players can opt to fire a quick succession of lower-powered blasts to move the ball. The recharge rate for the arm cannons is short, but there is a second or two when you're stuck with nothing to do while waiting for energy to return.

One thing that you can't do is guide the ball with your body. Getting hit by the ball causes tremendous bodily harm, and the ball will generally either stop in place or roll over you. So, you can't make a calculated sacrifice of health to help bump the ball into the goal. Also, trying to play as a goalie only works to a limited extent. However, skilled players can potentially use the ball as a heavy offensive weapon against opponents.

I use the word "skill" as a rather loose term here. It's not that the frantic, fast-paced, action of Blast Ball isn't fun. It's that there isn't a whole lot to it. The heavy "weight" of the ball makes it a challenge to steer or redirect. It takes a lot of little shots or a single charged blast to give the ball good momentum. There's no feel of dribbling, like with an actual soccer game, nor is there a true sense of control. The ball is either going in the direction you want it to, or it's not. There aren't any fake-outs or tricks to be pulled. The action is fast, so there's not a lot of time to aim. Most times, aiming isn't even an issue, since the game has an target-lock feature.

In going hands-on with the game, I noticed that oftentimes, our team was just wildly shooting at the ball. Sometimes it was to move the ball along in a desired direction, other times it was in an effort to stop the opposing team's progress, and then there was shooting for the sake of doing something. However, the in-game players aren't very fast runners, so it was almost a chore to chase after a wildly rolling ball, then find the right position to direct it back to the other side of the arena. In two full matches, most of my team's efforts were geared toward keeping the ball away from our goal. Actually scoring was more often a matter of luck than intentional skill.

Controls are pretty sparse, even for a 3DS game, and are generally limited to moving and shooting. Although watching the ball fall from the ceiling at the start of a round might indicate otherwise, there is no looking up and down, which is very disappointing. I was hoping that you could shoot the bottom of the ball to make it jump. But I'm guessing that the action moves so fast that such a feature would probably go to waste. Locking onto the ball keeps it in sight, and players have to option of using the 3DS's motion sensor to move around instead of using the thumbstick. This makes the game more difficult to play, but could be worthwhile for those looking for something different or to make use of the 3DS's functions.

Power-ups, including shields and lightning bolts, appear on the arena and players can activate them at any time. However, my attention was almost always fixated on the ball. It takes a lot just to keep pace with the opposing team, so it never even occurred to me to pursue a power-up. Usually, I'd ending up getting them by accident.

The survival component is probably the one thing that is truly a game changer. I soon realized that reducing the match from a 3v3 game to a 3v1 would benefit us greatly, so I stopped shooting the ball and began targeting my opponents. My strategy worked out very nicely, despite the relatively short respawn timers. There's a lot of dying in this sports game (aka ejecting from an exploding suit), largely through running headlong into an unyielding ball. 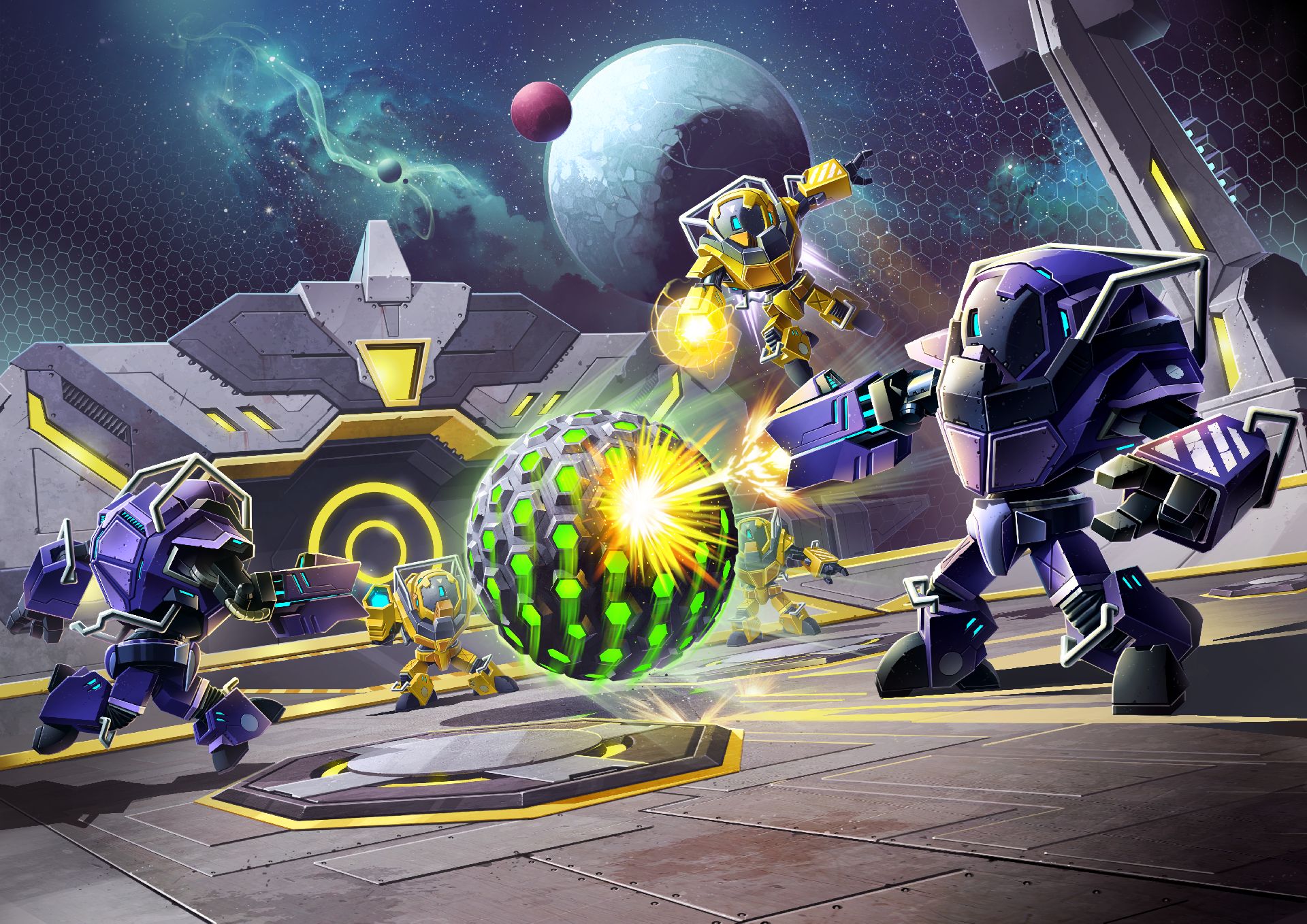 Although I did have a good time chasing and shooting a giant ball of death, Blast Ball strikes me as more of a light distraction than a fully realized sports mode. Being in the same room with friends certainly helps the experience, as does the fact that only one person needs to own Federation Force (others can download Blast Ball and join games for free), but I'm doubtful of whether it can hold people's attention for more than an hour or so. Perhaps the mode could use more arenas with different features to liven it up. Maybe there should be one where the walls knock the ball around, like playing inside a pinball machine.

Metroid Prime: Federation Force is expected to release in 2016, and the Blast Ball mode will be included free.