Opinion: How Batman Vs. Superman Could Kill Both Characters Across the Multiverse

One of the biggest reveals of SDCC this year is the much anticipated trailer for the Batman vs Superman: Dawn of Justice movie, this time going deeper into the conflict between two superheroes with Wonder Woman making a surprise appearance. Although the trailer promises some big explosions, dark themes, and plenty of special effects, there is something that is perceptibly missing from the whole affair: both Batman and Superman. Sure, there are characters that are dressed up like the Dark Knight and the Man of Steel, but they aren't superheroes that are meant to inspire as a symbol of hope and justice.

It's safe to say that the movie worlds exist in their own little realities, and generally have little to do with the comics that inspired them, or other media like video games. However, it's hard to overlook the bleed through effect from one media to another. Like it or not, movies can have a strong impact on how a character gets portrayed, as do video games and television. For example, Christopher Nolan introduced a darker, grittier, and more violent hero with Batman Begins in 2005. Then Rocksteady introduces a similarly dark, bone-breaking, crime fighter in 2009 with Batman: Arkham Asylum. Coincidence? Perhaps. But then there's the fact that Scarecrow's master plan in Arkham Knight seems eerily similar to what happens in Batman Begins.

There's also the fact that the BvS trailer reveals that Superman somehow gains his own private army. Although it might turn out to be a paranoid dream sequence, the soldiers look an awful lot like the ones that exist in alternate reality of Injustice: Gods Among Us. You know, the one that conquered the world by bringing all the other heroes to heel by forcing them to either swear allegiance or be killed? That's the kind of Superman we seem to be looking at when watching the movie trailer. One that still believes in protecting lives, but might not hesitate to use deadly force when necessary. 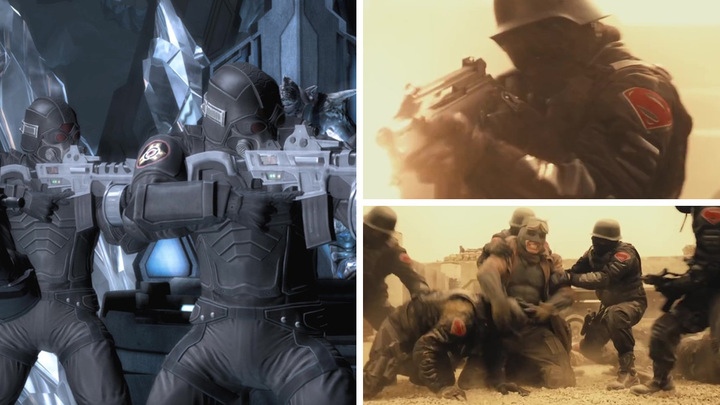 Superman was once the gold standard for being a superhero. Power and strength beyond imagination, tempered by an equally solid moral compass and code of ethics. Although the idea might seem antiquated today, a model of what humanity should strive towards is exactly what an ideal is supposed to be. The Superman Standard is relatively straightforward: Protect humanity, but don't use any more force than necessary, and let the people's system of justice handle the rest. Accompanying this is the understanding that Superman shouldn't outright kill anyone, and that he should try to keep collateral damage and civilian casualties to a minimum when possible.

Batman has a similar set of principles, which include a no guns and no kill policy, although a few broken bones are perfectly acceptable. The rules are bent a little in Batman Begins, when Batman tells Ra's al Ghul, "I won't kill you... but I don't have to save you," which is splitting hairs, since it's pretty much killing him through inaction. However, the Batman image is retrieved in the Arkham series, when Batman says that he would have given Joker the cure to his terminal illness, even though the villain has brought so much pain and suffering to the world. However, the Joker destroyed his own cure, which tries to absolve Batman any wrongdoing.

Movies aren't the only perpetrators of playing fast and loose with superhero codes of conduct. In Arkham Knight, Batman's "no killing" policy attempts to be technically accurate, but the logic is bending over backwards so awkwardly it makes Bane's spine-shattering plan look tame by comparison. It's stated that Batman won't allow a person (including criminals) to die under his watch, not even indirectly. This might be untrue, since Poison Ivy appears to kill one of her guards right in front of Batman near the start of the game, and doesn't even get chastised.

Batman might bend the rules, but The Man of Steel pretty much dispenses with them altogether. The movie is filled with incidents that violate the Superman Standard, including bringing the fight to populated areas, paying no mind to collateral damage, and outright killing Zod at the end. Also, let's not forget that it was Superman who brought the alien threat to Earth in the first place. He might have done in unknowingly, but that doesn't exactly help his case. He only becomes humanity's savior is because he imperiled it in the first place. If that weren't enough, trailers show Batman carrying a sniper rifle, and indicate that he's (reluctantly) willing to kill Superman.

What we're seeing is a steady erosion of the superhero standard, all in the name of making darker and (supposedly) more realistic characters. However, sidestepping the code of ethics because they're inconvenient does something else to these characters: it takes away their status as superheroes faster than green, red, or blue kryptonite. If Superman can't even live up to the Superman Standard, then what hope is there? With one movie, Superman went from being the ideal superhero to being a very credible threat to humanity's continued existence. Although the SDCC trailer indicates a governmental hearing that will hold Superman accountable, it raises the question of how. No prison (that they know of) can hold him, and no army can defeat him.

One could argue that these characters haven't discovered a code of ethics yet, but until they do, they really are nothing more than costumed vigilantes and superpowered douchebags. Especially when Jonathan and Martha Kent, often credited as being the source of Superman's sense humanity, tell him that it might be ok to let a school bus full of kids drown if that's what it takes to protect his secret. Or to let the world go to hell, because he doesn't owe it anything. Except for the whole bringing the alien threat to Earth and flattening half a city bit. 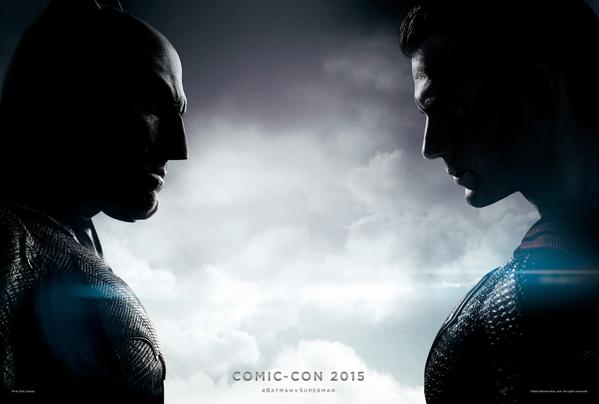 As Ra's al Ghul states in Batman begins, "A vigilante is just a man lost in the scramble for his own gratification." That certainly seems to fit with what we've seen so far. If and when Superman settles on what direction his moral compass points, it'll still be stained with blood. He says he's not humanity's enemy, but is he really an ally? The same question applies to the new back in blackest of black armored Batman.

It's entirely possible that these versions will be limited only to the movies and will have no bearing on other media video games. But, as we've seen, traits from popularized versions of these characters can jump from one medium to another. If people strongly support a Superman that pays no attention to collateral damage and uses killing as a last resort, then it could be the kind of Superman that will end up with in the future. Him and gun-toting Batman. However, Superman won't have the moral high ground to stand on when talking to Batman about his methods, or using fear as a weapon instead of hope. The philosophical difference between the two characters, which has always been a point of friction in their comic-book friendship, will be all but lost. Any non-adversarial relationship that happens to emerge from this conflict is likely to be forced in.

Most of all, any game derived or inspired by these characters won't be a superhero game. It'll feature highly skilled, inhumanly powerful main characters, like Kratos in God of War, but they won't be heroes in the sense that they're looking past their own self interests. In the Superman Returns video game, Superman's health is tied to the health of the city, which is an ingenious move that emphasizes heroism in an otherwise bland movie tie-in game. The Man of Steel wouldn't be able to use that standard. So, if the BvS characters are accepted by virtue of popularity, then might reasonably declare both Superman and Batman dead. Not through Doomsday, or some masterminded scheme, but by vox populi.