God of War 3: Remastered is a game that any fan of Kratos and his rage will enjoy, although I learned that beauty is only skin deep as the game has a few notable blemishes throughout its entire experience.

When Sony announced God of War 3: Remastered was heading to the PlayStation 4, the game didn’t have a long laundry list of improvements as it was only expected to run at 1080p at 60fps. While I certainly appreciate the work that Santa Monica Studio put into upgrading the graphics of a five-year old game to a current-gen system, the result is far from perfect.

The in-game engine has received much of the love as Kratos, enemies, and the environment all look great at 1080p. There’s a great amount of detail to Kratos as there are moments where his Golden Fleece shines when light hits it at just the right spot and the blood of his enemies paint his ashen body with splatters of red throughout. In fact, scenes of extreme gore that involve Kratos dissecting a centaur to have its guts spill out onto the ground has never looked so gruesome. But the problem lies in extreme closeups and cinematics.

The cinematics which use the in-game engine look fine when the camera doesn’t go in for an extreme closeup. But when it does, you can see slight imperfections in the game’s graphics. Some enemies don’t look as crisp, Kratos doesn’t look as defined, and the environment can look pixelated. With the camera swooping wildly on a regular basis, there may be times you’ll notice something may not look as crisp as when it does when there’s little to no action. Yes - I understand this is nitpicking, but when the short list of improvements mentions an improvement to graphics, I would hope they would be immaculate. On the other hand, the video cinematics would take me out of the game each time they would play as it doesn’t appear any improvements were made. 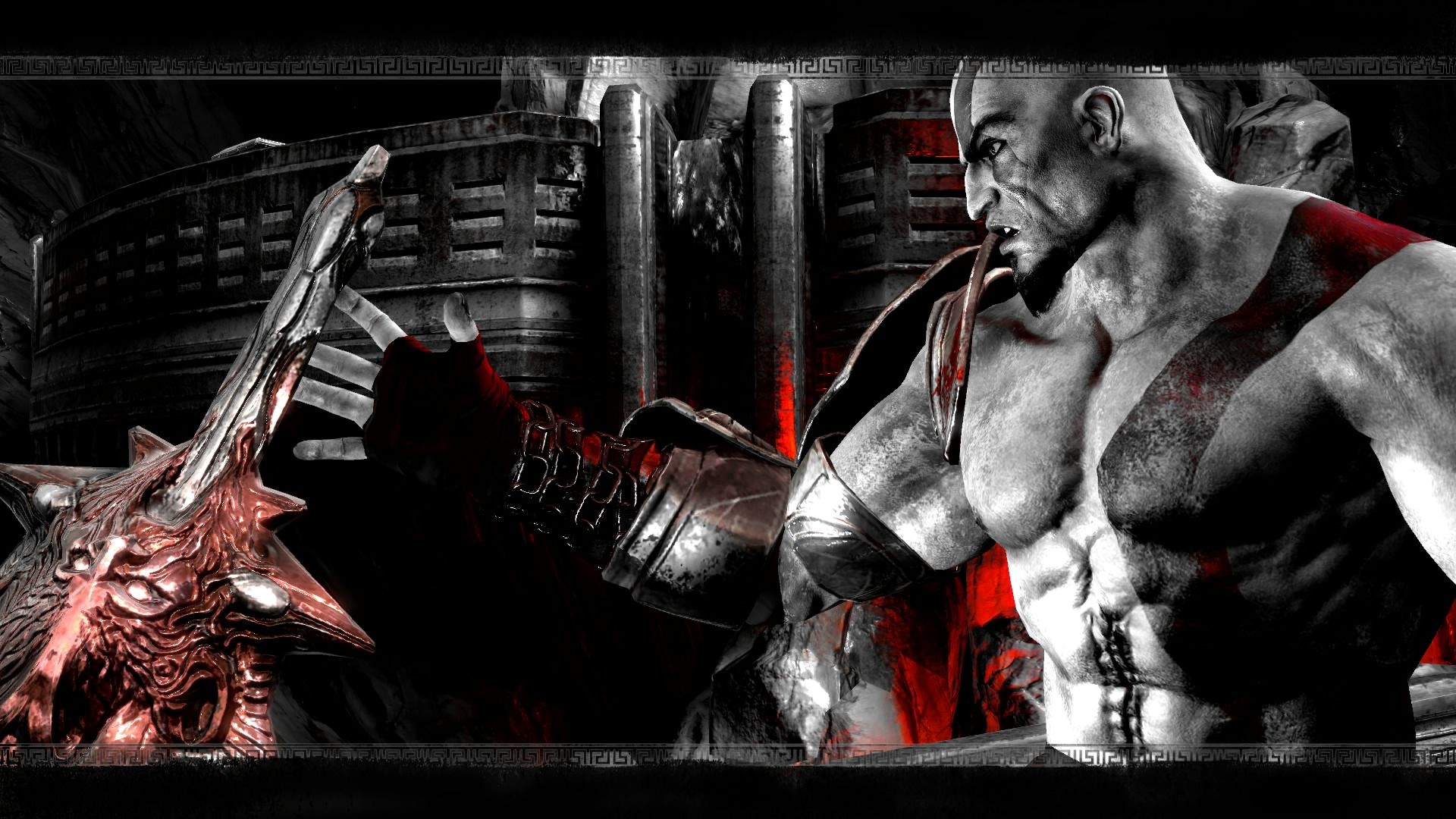 The past remastered PlayStation 4 games have included a Photo Mode, and God of War 3: Remastered is no different. What I liked about its inclusion in past instances is the fact that I could get just the right angle to take what I deem to be the perfect photo. Unfortunately, the Photo Mode included in God of War 3: Remastered doesn’t allow the camera to swing around to view the scene in different angles. Instead, players are only able to pan and zoom the camera, which should be fine if you want to share a gruesome moment the way it looks, but previous Photo Mode offerings have caused me to expect much more from other Sony remastered games, and God of War’s feels like a let down.

Pushing the issue with camera angles aside, the Photo Mode is average in terms of its offerings. You’re able to add filters and borders to your image, can increase/decrease the amount of bloom, and tweak the image in some other ways to attempt to give you a shot that you’re happy with. But the Photo Mode offerings would have been much better if we received full camera control.

Make no mistake, God of War 3: Remastered is still a great game on its own as Kratos rage-filled journey continues through Gaia’s body, the Realm of Hades, The Olympian Citadel, and more. All for the chance to take down Zeus himself and complete his exhausting journey for revenge. The combat system is still quick and rewarding, the story is still heart-breaking and cruel, and the progression system is still paced perfectly as Kratos never feels too powerful throughout his journey.

While God of War 3: Remastered may scratch the nostalgia itch we all have for Kratos-related mayhem, it doesn’t offer anything more than a good-looking trip down memory lane. If you have yet to play the original God of War 3, this would be a great opportunity to do so, but those who don’t want to have their memories tarnished due to a lack of bonus material may want to steer clear of God of War 3: Remastered.