Traverser Review: Jumping to the Flipside

The sun has died in the world of Traverser, and the survivors have fled to a floating underground island, where a giant magma-filled cavern helps keep the inhabitants warm. However, the island is literally divided into upper and lower classes, both controlled by the powerful Raven Corporation, with the Upper City taking far more than its fair share of the oxygen supply. Players take the role of Valerie Bennett, a young girl who has just become a Traverser, which is a new kind of peacekeeper that's free to move across the Upper and Lower halves of the city. She uses her abilities to find her missing father and uncover the truth that Raven Corp has been hiding from its citizens.

The Theory of Gravity

As a Traverser, Valerie is equipped with a gravity manipulation glove, which she can use to lift and move objects (mostly wooden crates), solve puzzles, and occasionally fend off threats by hurling objects at them. The plot plays out much like a children's story, backed by a fantastic art style that looks like hand-crafted 3D objects. Its setting looks kind of like a cartoon style 1940s London, with Raven security forces that wear beaked masks.

There aren't any depictions of death. The worst that happens is that hitting guards with crates might stun them for a second or two. However, at the same time, it can be a little hard to tell how much damage you're doing to some of the security robots as they try to surround you. I could never be quite sure if I was causing damage or simply knocking them back.

The physics puzzles are relatively easy, and mostly involve stacking boxes, pushing buttons, and sometimes using mirrors to aim power beams. However, the gravity beam requires a clear line of sight, and almost any force (including steam vent sprays) can knock objects out from your control. Although some scenes require sneaking or maneuvering past security cameras, this adventure is far from being any kind of stealth game. In fact, the feature where Valerie can hide inside a barrel to escape detection goes largely unused throughout the story. Similarly, switching between the Upper and Lower sides of the city isn't used in much of a meaningful way. Instead of going to one side to get or interact with an object, the flip panels are pretty much there as plain old doors. That's just a few examples of how Traverser wastes its potential. Others include a broken bridge that challenges players to fix and cross, but ends up leading nowhere interesting.

Traverser also hits a few bumps when it comes to its platforming elements. Despite having the ability to manipulate gravity, Valerie isn't much of a fast mover or jumper, which can make getting from one moving platform to another much harder than it has to be. Furthermore, the screen can't be rotated for a better view of the room, nor can it be zoomed out too far. The latter part is especially problematic when you're trying to sneak around past guards, but can't tell where they are because they're walking off-screen.

I wouldn't characterize the boss fights as "difficult," but I will say that they make up some of the most enjoyable parts of the game. There is one scene where you have to battle a robot, and you must use the glove to snatch electrical energy orbs from the air to throw at it--all while dodging security drones and energy beams. Another has you battling a giant mutant toxic waste octopus. As short as the game is, Traverser gets points for its creativity and look.

In contrast to some frustrating control issues, I enjoyed the story, despite a few plot-holes. For example, there are (presumably) supposed to be a few Traversers around, but apart from one candidate who never made it past the final exam, Valerie appears to be the only one. Secondly, I was never quite sure what kind of peace a little girl with a gravity manipulation glove was supposed to keep. Especially since all the security guards and systems don't respect her position, and she ends up having to steal from people to get by. 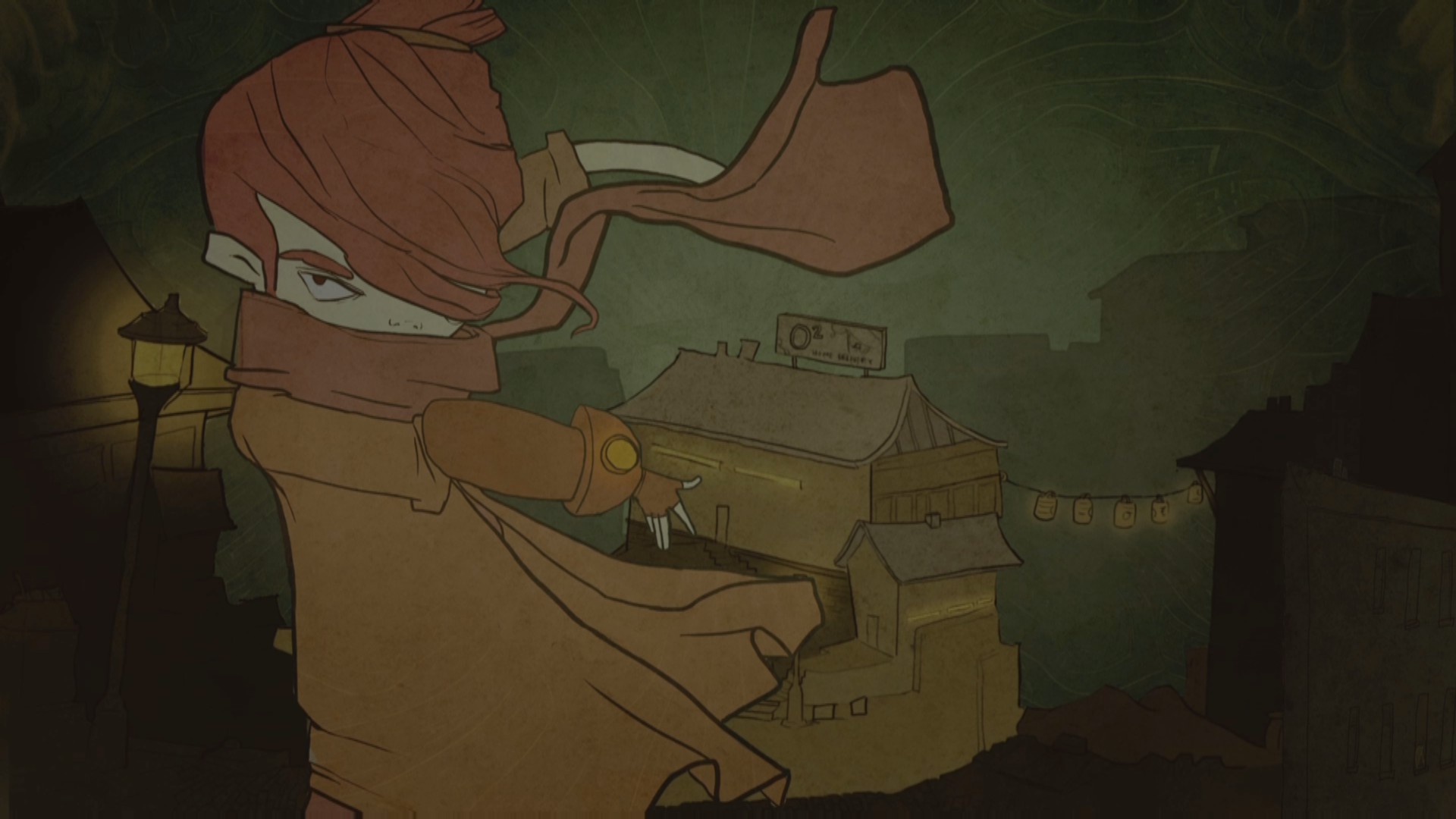 Furthermore, there don't appear to be many consequences to Valerie's decisions. I can choose to free the prisoners Raven Corp is hiding, including the mad scientist who made the giant mutant octopus, but those extra actions don't appear to have much of an impact on the finale. So, what's the point? I also destroyed a statue before entering a building, but it didn't stay wrecked when I came out.

But once the adventure is over, that's pretty much it. The game takes four or five hours to complete, and unless you're truly intent on hunting down random audio-logs and journals that don't add a whole lot to the story, there's little reason to go back to it. Traverser provides a sweet experience, but doesn't provide a challenge compelling enough to return to.

This review is based on a PC code provided by the publisher. Traverser is available in in digital stores for $14.99.