E3 2015: Loading Human is a Perfect Example of What Virtual Reality Games Should Be

My first experience with Sony's Morpheus device, at a Try Morpheus event held by Sony, I was left underwhelmed and a little jaded toward the device. The very next day, however, Untold Games changed my mind with its own upcoming VR experience, Loading Human.

Of course, this article is more about the demo they showed me than Project Morpheus, however, I feel Morpheus helped to play an important part in what these talented people have created, as the use of the Motion Controller was paramount to the Loading Human experience. Even with my extensive experience with an Oculus DK2, Loading Human showed off a VR experience that very few developers have managed to match.

The most striking aspect was also one of the most important for evaluating VR experiences: the immersion factor. Untold Games has dropped all ideas of UIs and HUDs, instead going for a completely clear first person screen that allows you to enjoy the scenery of the game without any immersion-breaking factors. Alongside this they’ve also taken the Motion Controllers of Project Morpheus and tasked them with all the controls of the game. You move forward, rotate your body, and control your hands with the Motion Controllers. 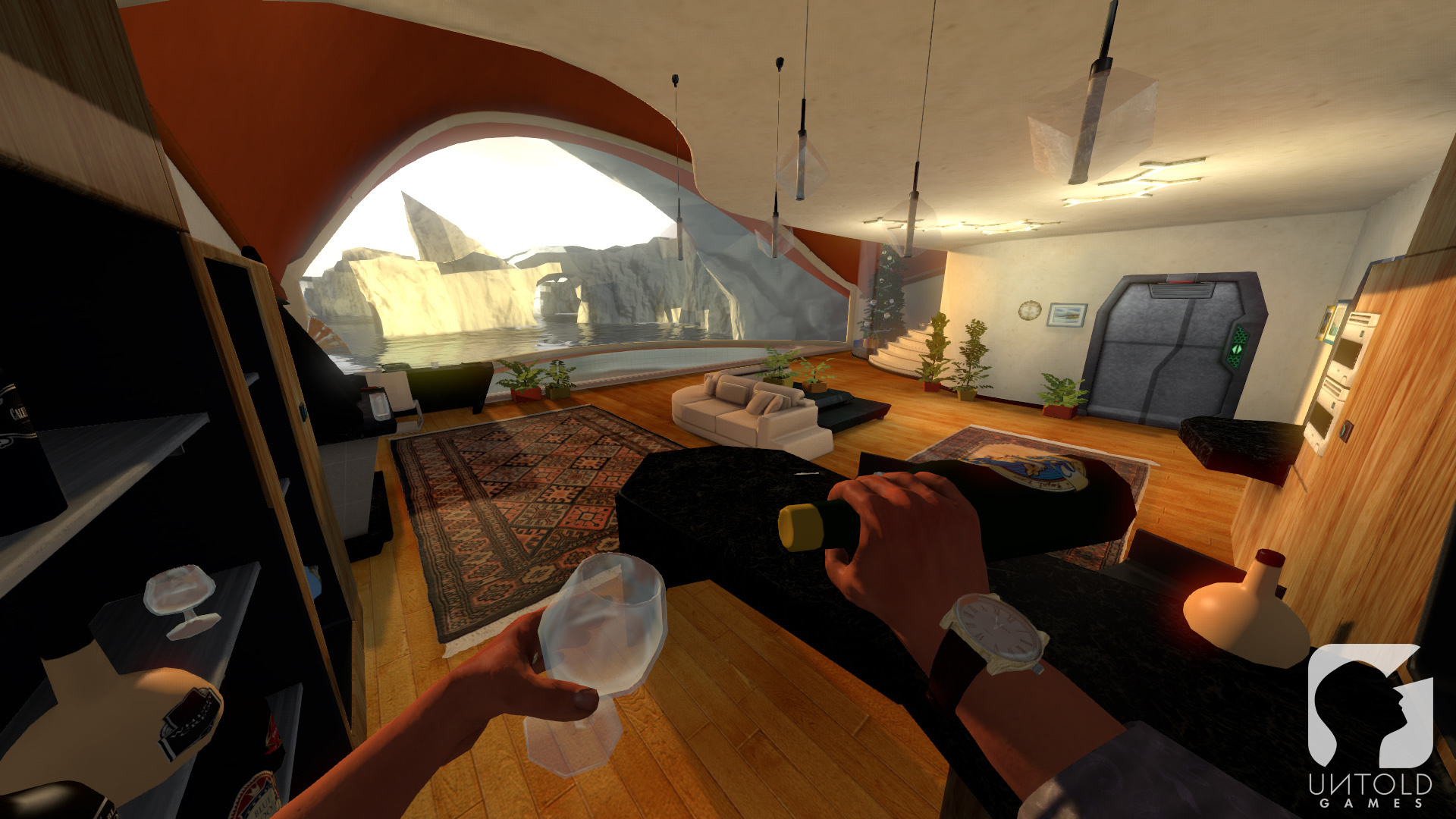 During the demo I was tasked with grabbing my key card from a book on the edge of a desk. I looked around the room, located the book on the desk near the window, and made my way over to it. When I reached the desk, I simply extended my arm, controller and all, and then twisted it so that my palm faced downwards at the book. With the press of a trigger I was able to pick the book up, and hold onto it. Then I quickly reached out with my other hand and picked up the keycard, which was stuck in the middle of the book. With keycard in hand I then made my way over to a small panel box.

This is where things got tricky. In order to open up the panel box I had to swipe my keycard over a red blinking screen. The problem, however, was that I’d picked the keycard up in the wrong direction, which meant I had to shift my arm around so that it would pick up the card’s magnetic strip. One of the developers actually advised me later on that I could have picked up the key card wrong, and been unable to open up the lock without dropping the card and repositioning it in my hand.

Once I had opened up the panel with the key card, I then had to reach in, grab a small knob inside, and twist it to activate a magnetic shield on the room’s window. Once the shield started to rise, however, the Lead Designer, Matteo Sosso, quickly advised that I grab the flashlight inside the emergency panel since things were about to get really dark.

When turned on, the light from the flashlight shone in the direction that I was holding the Motion Controller. This meant I had to treat the controller like a real flashlight, which when turned would run perpendicular to my arm.

At this point a cellphone began to ring near the back of the room, and I had to rush over and pick it up. Sadly this is where my demo ran out, but so far everything seems extremely promising. While speaking with the developers after the demo I quickly learned that the project had been under development for over a year and a half, and that they had begun creating it when motion controllers were still a simple concept.

The developers also assured me that Loading Human would release on other Virtual Reality platforms, which means users of the Oculus Rift, and HTC Vive will be able to experience this unique and immersive experience without having to pick up a PlayStation 4. But, that doesn’t change the fact that Loading Human is a perfect example of what virtual reality, and in turn, Project Morpheus are capable of.