Gaming is full of trends that players think went away, or wish they would. However, some fads are just too good to ever go away completely. Here are 5 fads that you might have hoped would go away, but will actually be lingering around in your games for the foreseeable future.

Pre-recorded movies featuring live actors was a fad that came with arcade games and the video disc era and reached its peak when CD-ROMSs and DVDs were popularized. The logic behind it was that there was no better way to make a game feel like an interactive movie than to actually have video footage in it. With games like Mad Dog McCree (1990) on laserdisc and arcade, having live actors in a game seemed like the way to go. Although games like Mortal Kombat used live actor sprites instead of full video, and Dragon's Lair used 2D animation, they almost certainly added to its momentum.

A number of memorable games came out of the FMV era, most notably The 7th Guest, Command & Conquer, and the later Wing Commander games. However, amateur talent and poor writing often led to a sense of campiness that marks the era. Examples include Night Trap, Phantasmagoria, and a long list of others. Full-motion video technology was in its infancy at the time, so players had to deal heavily pixilated video or watch them in tiny boxes.

Fast improving 3D graphics technology made it possible to phase out FMVs, and games like Command & Conquer 4 pretty much proved that we might be better off without them. But, in truth, this is a fad that continues today. We're not just talking about retro-style adventure games like Tesla Effect: A Tex Murphy Adventure and Unstoppable Gorg (which is meant to be campy). It may have gotten a name change, but static movie cut scenes and talking head boxes are still in good use. They just feature pre-rendered animated characters, sometimes with celebrity voice actors, instead of live action ones. Just play Metal Gear Solid 4 or one of the later Final Fantasy games to see how FMVs have evolved. 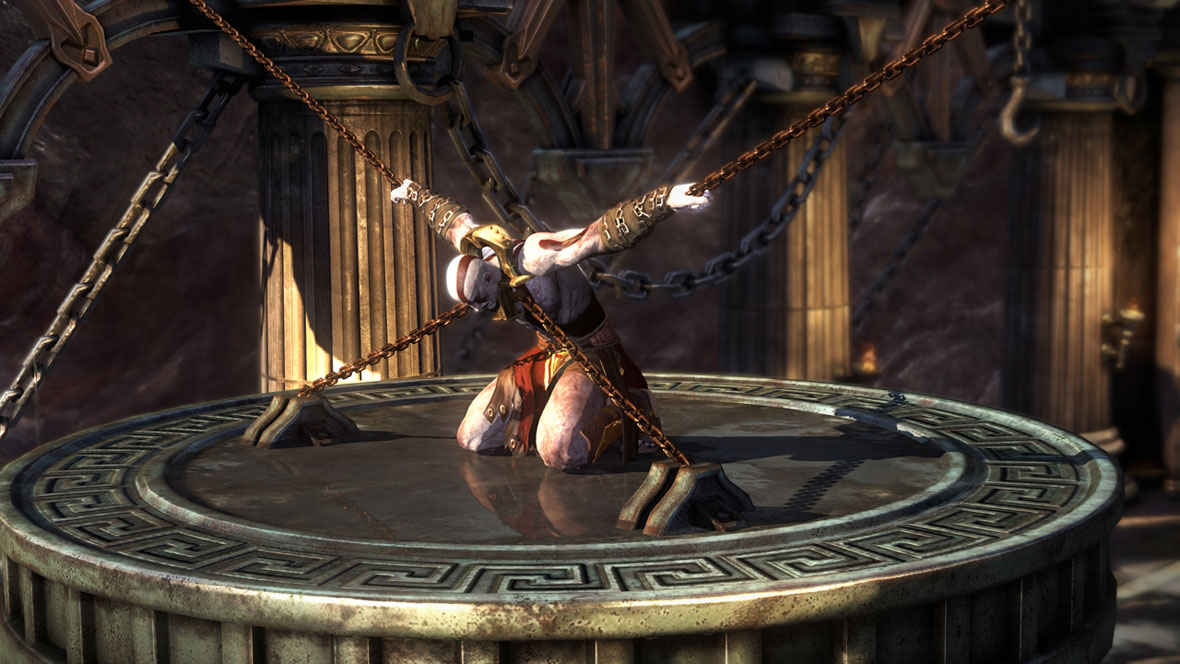 Quick time events (QTEs) have been around since the days of Dragon's Lair, Cliff Hanger, and Road Blaster from the 1980s, which goes to illustrate how there was never a time when they weren't annoying. But despite being an annoying mechanic that is nowadays often regarded as a lazy way of adding interaction, it still pops up in one form or another, with one of the more recent examples being Mortal Kombat X. Arguably, the game that made the best use of QTEs was God of War, which used them in boss battles to pull off brutal and often gruesome moves... along with some off-screen sex scenes. However, the game's popularity might have done more harm than good, since it inspired a number of games that copied its style.

The main problem with QTEs is that they often make for a poor substitute for deep gameplay. Repeating a sequence a dozen times to memorize a series of button presses ruins the sense of immersion. These days, they're more often used now for throwing in a little player interaction during cut scenes, like with some of the Paragon/Renegade interactions in Mass Effect 2 and 3. However, even using QTEs in this way has its perils, since they can dilute the emotional intensity of a scene by reducing actions to prompted button presses - as used in Call of Duty: Advanced Warfare, when players must press a button to pay resepects to a fallen soldier.

But this mechanic is still a cheap and easy way to say "It's interactive!" So, it's unlikely to go away completely anytime soon. The best we can hope for is that developers will use them sparingly, appropriately, and avoid them as substitutes for deeper gameplay.

It's easy to blame the Motion Control fad on the Nintendo Wii console, and it certainly played a huge role, but the truth is that both players and developers have wanted deeper ways to interact with games for a long while. We argue that light gun games like Duck Hunt, House of the Dead, and Time Crisis are technically motion based in much the same way that the PlayStation Move is a motion based system. The same goes for the dance game craze starting with Dance Dance Revolution.

Motion controls aren't necessarily bad. They're just not appropriate for many games, and developers looking to take advantage of the Wii's meteoric popularity shoehorned it in. Adding to its stigma is how the Kinect controller often doesn't work very well or accurately, as evidenced by Steel Battalion: Heavy Armor and arguably for D4: Dark Dreams Don't Die. But really, probably the biggest reason motion controls aren't more popular is because few people want to play through a 20 hour game that requires them to run, jump and sweat all the way through, which left many motion games relegated to dance, sports and shooting genres.

Still, full body interaction is a field that is bound to grow with the expected rise of virtual reality technology. In the case of virtual reality, using a gamepad to move around and interact reduces the sense of immersion. A means of motion interaction, like Lighthouse or the Razer Hydra controller, will be necessary for optimal interaction.

If you ever need to make a game better, just add zombies. At least, that's the going mentality. The undead are everywhere, popularized by movies, TV shows, and (surprise!) zombie games. We love fighting zombie hordes as much as the next person, but wow... we see dead people everywhere. Even Goat Simulator got a zombie patch.

The appeal is fairly obvious. People have a natural fear of monsters, death, and infection and zombies combine all three into one convenient and smelly package. Furthermore, zombies foster a healthy sense of paranoia, in that your friends, family and neighbors are one infected bite from turning into ravenous monsters. Things really took a turn after the movie 28 Days Later released in 2002. Since then, the undead (or infected) have been getting faster, stronger, and smarter with a reliance on great numbers to overwhelm players. However, they're often limited to biting and thrashing, leaving players to cut loose with whatever weaponry they have to mow down and destroy huge mobs relatively defenseless enemies with impunity.

The sheer splatterhouse joy from games like Dead Rising is the reason zombies are here to stay. They also come in so many varieties. You can have Viking zombies, Nazi zombies, dragon zombies, and so on. Pretty much anything that can die can come back... so that you can find some other way to kill it, which means a high variety of games. Classic Resident Evil games upped the sense of intensity by offering a limited amount of ammunition, and DayZ emphasizes scavenging and the dangers posed by other survivors. All this just goes to prove that the undead simply will not die out.

Music game fans in particular should be familiar with this fad. The most notable custom control perpetrators are Rock Band and Guitar Hero, both of which are require fake plastic instruments to play. But the fad extends further back to Dance Dance Revolution's dance pad, and possibly beyond that.

Unusual controllers often pop up for almost every console generation, like the Sega Dreamcast's fishing reel, the Nintendo Power Glove, and the Donkey Kong Jungle Beat Bongos. It all goes back to creating a sense of immersion and interaction, much like how a racing wheel might improve your racing game experience. However, for many of these cases, these controllers end up being stuffed in a closet once players have moved on to the next big thing.

The return of Rock Band and Guitar Hero mark a slight comeback for instrument controllers, but it seems like motion controllers such as the Kinect, PlayStation Move, and Wii Remote will limit them to music games. That might change if virtual reality takes off. Although Morpheus uses PlayStation Move controllers and the HTC Vive uses Lighthouse, the need for deeper immersion could surpass their ability to deliver. Gun adapters, driving wheels, and who knows what else could be in store in the virtual reality future. Who knows? Maybe the fishing reel controller will make a comeback too.