The Call of Duty: Black Ops series is well known for its intense multiplayer modes that puts players' skills to the test in a variety of waves. Whether it's making it through with a single bullet, surviving the zombie apocalypse, or getting All the Guns, Black Ops has you covered. As we look forward to Sunday's official reveal of Black Ops 3, let's take the weekend to enjoy some of the best multiplayer modes the series has introduced to the Call of Duty universe.

What started as a fun add-on for World at War has grown into a sort of parallel game to Black Ops, complete with its own story and custom game modes. On the surface, the mode is pretty straightforward. Four players come together to assume the roles of various characters, and must fight to survive against ever more difficult waves of zombies. But there's a whole host of features that further support the gameplay, which requires players to work together and figure out how to better survive and set up defensive positions. Just goes to show that practically any game can be made even better by adding zombies.

One in the Chamber

Sometimes simplicity is best. Everyone gets a pistol with one bullet in it and runs around with hardly any health. Players are given three lives to lose, and getting hit once will kill you, so you have to make your shot count. Killing another player earns you a another bullet. Otherwise, you're be forced to run around with a knife. Of all the PvP modes found in Black Ops 2, this is arguably one of the most intense modes to originate from the Black Ops series.

Gun Game (aka All the Guns)

If you're looking for a bit of craziness, in addition to showing off your weapon mastery, then Gun Game is where it's at. Originally introduced in the first Black Ops, Gun Game starts everyone off with the same pistol, which magically transforms into a new weapon each time you kill someone. The first player to kill opponents using all twenty weapons wins the match. However, being killed with a knife will set you back to your previous gun, and killing yourself (usually by accident using explosives) will drop you back to the previous tier. So, the mode becomes a lot more than shooting each other. Players have to use some knife work to deny opponents from advancing.

The mode was originally introduced as an April Fool's Day joke, but the mode proved to be so popular that it was kept on and included in subsequent Call of Duty games like Modern Warfare 3, Black Ops 2, Ghosts, and Advanced Warfare.

Time for the ultimate game of survivor with Sticks and Stones. In this Black Ops exclusive mode, each player enters the level with a Crossbow, Ballistic Knife, and a Combat Axe. Other than that, not a single luxury, although the Crossbow is fitted with an explosive tip, and some maps have cars that can be driven and blown up. Each weapon earns a set number of points when it is used to kill opponents, and scores are tallied up when the match timer runs out. But the trick is, killing an opponent with a Combat Axe resets that enemy's score to zero (bankrupting). Furthermore, killing yourself with a Crossbow explosion humiliatingly bankrupts your own score. Players with the top three scores when the time is up win the match. 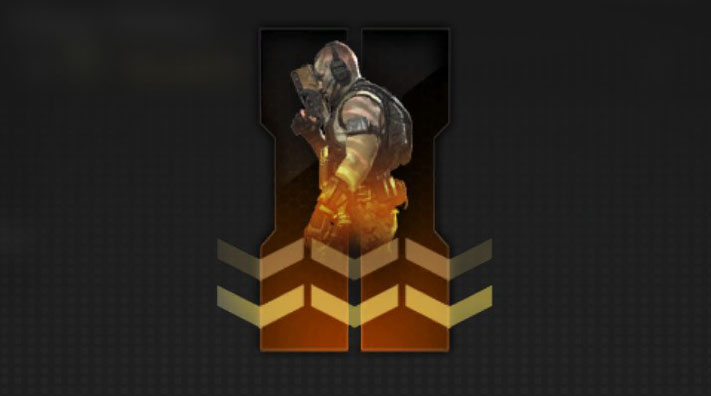 Black Ops 2 is the first game to include the Hardpoint multiplayer mode. In some ways, it's a lot like Call of Duty's traditional Headquarters mode, in that teams rush to take and defend a fixed position on the map in order to score points. However, players are allowed to respawn, even when their team is the one defending the hardpoint. If players from both teams are at the hardpoint, then it is considered "contested," and neither team will get points until the enemy is removed from the area.

But what really makes this mode interesting is that the Hardpoint will periodically move to another spot on the map during the course of the match. This rush to various locations, working to take positions while denying the other team points, makes Hardpoint one frantic team based modes available.