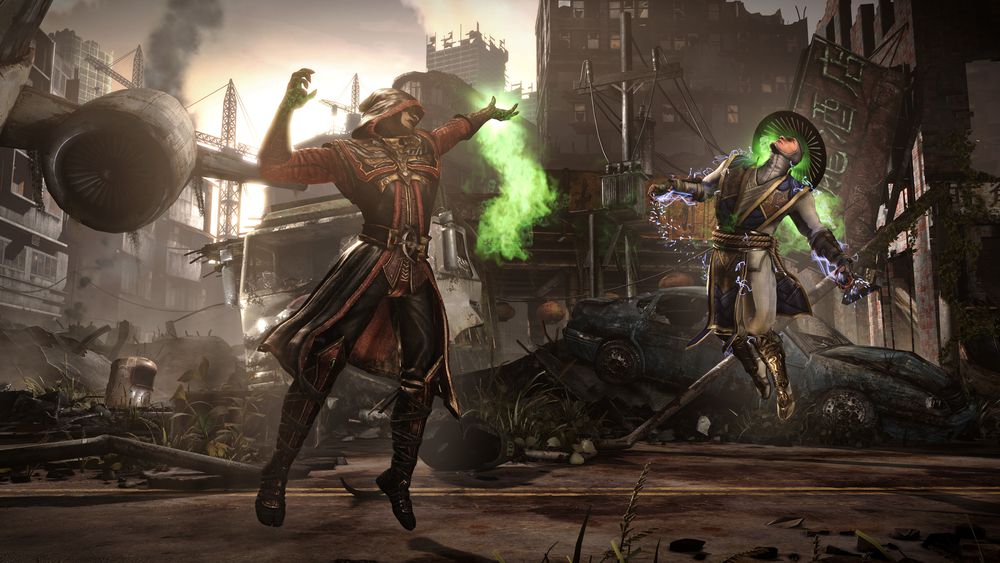 The goriest Mortal Kombat to date, Mortal Kombat X has been bringing in a lot of love from long-time fans. But for those who haven’t already picked it up, you might be asking yourselves, “What’s so good about this? It’s just another fighting game.” While I’m sure many fans would disagree, we decided to leave it up to the “professionals” to help you make your decision. That’s why we’ve gathered five of the top reviews from around the internet to help show you why MKX is such a great game, and why it’s worth your hard earned cash.

Shacknews: 8/10 – “The new characters, stages, and gory Fatalities all maintain the same Mortal Kombat feel we've come to expect since the previous game. Variations give characters more flexibility and dimension, while the interactive stages play as much into fighting strategies as combos and special moves. There might not be any Friendships involved, but this is Mortal Kombat at its bloody best, and it's a blast to to tear opponents open.”

Check out our video review.

Polygon : 9/10 – “Mortal Kombat X is friendly both to casual players who want to experience its rich suite of single-player content and knock around with some friends, but deep enough for competitive players who want to plumb its roster and variations. It's a robust, feature-rich competitive fighting game that hones what's worked for NetherRealm Studios in past games, and even shows hints of restraint and maturity amidst the gory hyper-violence. Paired with an ambitious online meta-game, Mortal Kombat X is one of the best fighting games in the series.”

Escapist: 4.5/5 – “An absolute must for franchise fans, and a really stellar bet for general fighting game fans, even those who just appreciate a good story will find a lot to love in Mortal Kombat X.”

USGamer: 4/5 – “Mortal Kombat X comes packed with a ton of content. Admittedly, many of the extras (concept art, alternate costumes) are unlocked in the Krypt using in-game currency, but despite those conditions this is easily the most enjoyable Mortal Kombat title to date. Even with its shortcomings (a brief story mode, imperfect net code, missing characters), players would be hard-pressed to say MKX isn't the best Mortal Kombat has to offer. Even little details such as the dialogue between characters, unique to each pairing, add quite a bit to the experience. In all, it's a must-have title for any MK fan. On top of that, it makes for a solid addition to the competitive scene and should enjoy a long tournament life for competitive players.”

GamesRadar: 3.5/5 – “As a whole, Mortal Kombat X is a rock-solid fighting game that owes a lot to the power of its presentation. The story mode is unparalleled in terms of sheer entertainment, but MKX has a way to go in terms of teaching the player how to get the most out of its core systems. Once you've wrapped your head around the many variations and found some actual people to play against, the blisteringly fast back-and-forth matches really start to open up. If you're not willing to make the commitment to seeking out challengers and learning beyond the basics, though, this fighter definitely has a shorter life expectancy.”