StarCraft 2: Legacy of the Void is currently in its early closed beta phase, so select group of players have a chance to try out the new units and gameplay modes in order to work out some of the kinks. Today, we give Archon mode a try. In it, two players fuse into one to control the same base, units, and manage the same resources. They go double-head-to-head against another team of players also working cooperatively.

Right now, Archon mode is fairly straightforward and rudimentary. Its appeal, and perhaps its greatest flaw, is it simply hands over control of a base to two players. The supposed advantage is in having an unprecedented multitasking abilities, since there are two players scanning the map and reacting to skirmishes. It could also make for an excellent learning tool, where a more experience player can pass on strategies to newer ones, but the lessons are only slightly better than a narrated replay video.

Although Archon mode might initially look fun and interesting, the trick of it is that both players on the team need to have a pre-agreed upon strategy for playing. Both players have complete access to production, all units, and the same pool of resources. It isn't as though players can only control what they build. I could be building up a squad in preparation for an assault, and my partner can suddenly decide to take them out for a walk. Similarly, a player could be trying to save up resources to place a building, but the other may unwittingly use it all up constructing or upgrading units.

If you're playing alongside a trusted friend with plenty of communication, Archon mode can be a total blast. But it could be less so if you're saddled up with a stranger or someone with a radically different strategy than you. If you don't trust your partner, then you have to split your attention between figuring out what your teammate is up to in addition to keeping an eye on your enemies. Players can easily end up messing each other up and working against one another. The build queues get clogged up with redundant units, and the game may descend into total chaos.

For example, I spent the last of our money building a squad of Seige Tanks when my teammate already had a few build and set off to attack with them. Had I known, I could have better used those resources toward something else. I was also surprised to find my teammate expanding our base while I was busy setting up defensive towers in our old position. We also had different ideas for where to assign our SCVs, but instead of wasting time talking, we just took control of them and had them go back and forth. 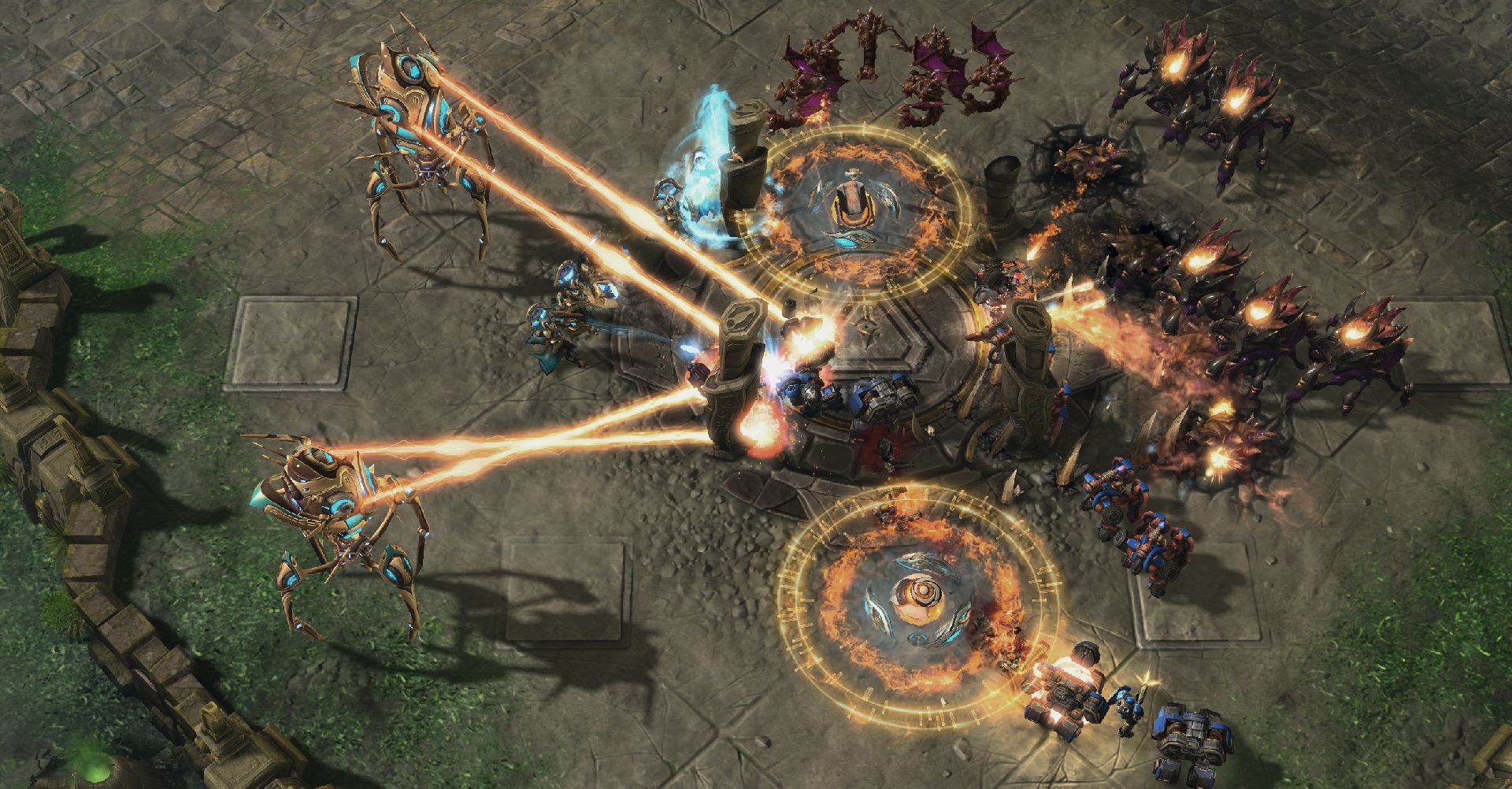 There's also a big shock when transitioning from a single player mentality to a cooperative one. Much of the early game strategies are firmly ingrained for a lot of players, and actions are practically automatic. Bad news for a shared cooperative mode. An easy strategy would be to designate one player to handle specific units, like infantry, while the other uses vehicles. Or perhaps one player can set up a satellite base to use for their own. However, that requires time and resources that the team might not have. An ideal match-up might include a player that's really good at maneuvering units while the other one is a master base and resource planner. One player can take a squad out, get into skirmishes, and the second player can have reinforcements built and ready to go.

No matter how a team plays, it's clear that communication is key, and the two players need to agree on who is doing what before the match begins. Despite the extremely high probability of teammates fighting with each other like a two-headed ogre, Archon mode has a tremendous amount of potential. It just needs some way to separate tasks, like setting up a fence until players get used to each other and figure out a shared strategy.

StarCraft 2: Legacy of the Void is currently in Closed Beta. It is still a work in progress, and its gameplay is subject to change.