Bloodborne Guide: How To Summon Co-Op and PvP Hunters

It shouldn’t be a surprise by now to learn Bloodborne is as brutal, and at times even more so, as previous games developed by From Software, such as Demon’s Souls and the Dark Souls series. Just like those games, there’s some form of multiplayer players can use for their advantage in order to help them succeed the terrors awaiting them.

Bloodborne features two different forms of co-operative play as well as a way to make the life of other Hunters absolutely miserable through PvP. Today, we thought we would highlight what you can and can’t do in terms of Bloodborne’s multiplayer so both new and veteran players know what to expect. 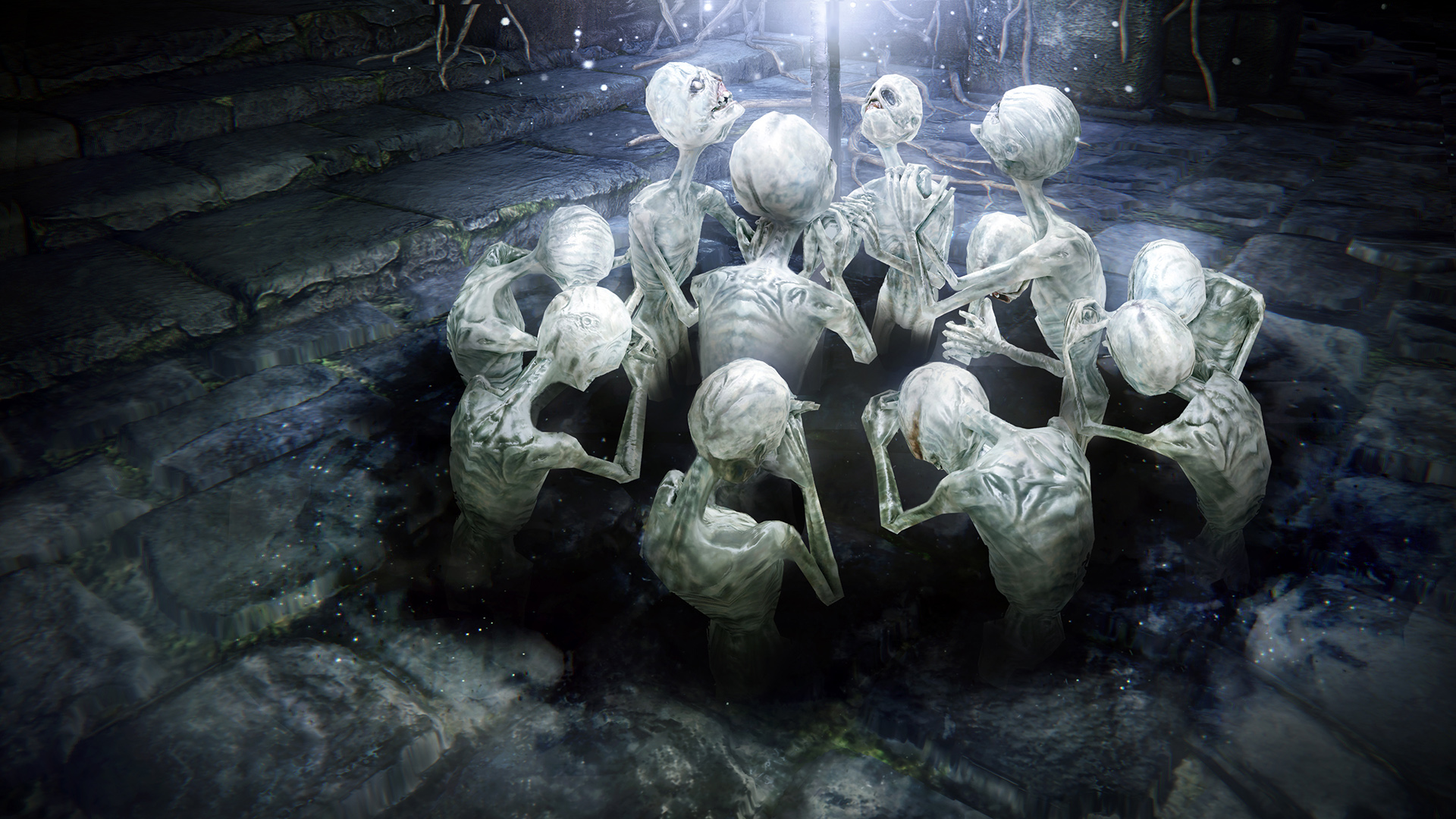 When you interact with a Messenger that holds a message from another Hunter, you’ll be able to read a message chosen from some pre-determined text. Depending on the message, you can be alerted to a possible ambush, a hidden treasure, or a tip on how to take down an upcoming enemy. What the message will be is completely up to other players to decide, and to help decide whether you should listen to this message or completely ignore it, Hunters will be able to rate these messages.

When you come up to a message, you simply tap either the left portion of the DualShock 4’s touchpad to give it a “fine” rating, while the right portion gives the message a “foul” rating. Rating a message fine gives it an appraisal, letting other Hunters know the message should be trusted. A foul rating means there are some that disagree with the message, with a high volume of foul ratings indicating you probably should steer clear of that particular message. 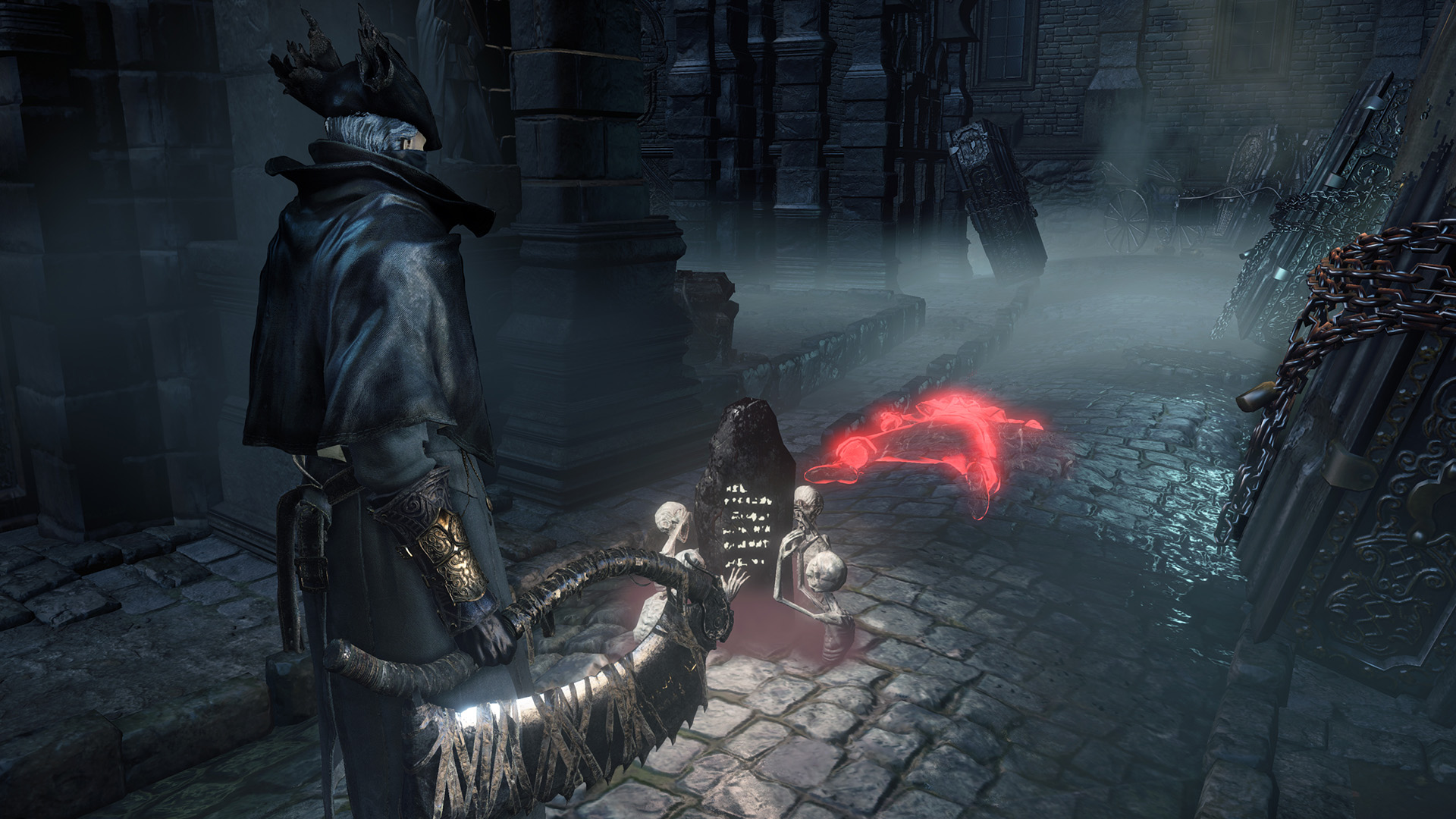 In our experience, we've come across more helpful messages than ones that are looking to troll Hunters into jumping off a cliff or lowering their guard so they can get a nice hatchet to the back of their skull.

Graves are an equally important message that shows a specific Hunter’s last moments before he succumed to death. The graves first show up as a blood stain, but then pop up as a grave when you’re standing over it. Choosing to view the grave’s message will present you with a red outline of another hunters movements. You’ll be able to see what exactly caused them to die, which is often due to an enemy overwhelming them or simply falling from a high location. Hunters won’t need to do anything to initiate a grave to be shown to other players as they’ll just pop up once you die. These can be extremely helpful if you’re just making your way through a location for the first time. For example: if you view a grave message and see another Hunter went around a corner, looks to the right, and then dies, then you should be cautious of that corner as there’s probably an ambush coming up.

Co-operative multiplayer is more a traditional feature that allows Hunters to help one another through direct interaction. In order to initiate co-op, you’ll need to have both the Beckoning Bell and the Small Resonant Bell, which can be acquired in the Hunter’s Dream once your Insight level reached 1.

One thing we learned the hard way was those who ring the Small Resonant Bell, or those who join other co-op sessions, won’t be able to have the game’s progress save to theirs when disconnected. We were able to defeat a particular boss, which resulted in much celebration, and then when we returned to our game, that very boss wasn't defeated. Fortunately for us, we earned Blood Echoes and some Insight Points for my trouble.

Another welcomed feature to co-op that we found was the fact there’s no friendly fire. In a game where nearly everything can kill you just by looking at you, it’s good to know my co-op partners can’t inadvertently be yet another threat I need to watch out for.

Unfortunately, Hunters can kill other Hunters in another way…

Bloodborne allows Hunters to jump into each other’s games and hunt one another. There are a number of stipulations that you’ll need to adhere to in order to even attempt to hunt one another.

First, you need to have earned at least 30 Insight Points. Considering you can earn Insight by coming across bosses, defeating them, and through using the Madman’s Knowledge, among other things, We're sure this is to make sure those who are taking part in PvP have progressed enough to attempt to take on other Hunters. Unfortunately, this means for several hours into the game, you’ll be unable to fight other Hunters, leaving those who are bloodthirty for the blood of other players to play without quenching that thirst.

The second thing you’ll need is the Sinister Resonant Bell, which can be acquired along with the Beckoning Bell and Small Resonant Bell. Once you have the bell, you’ll be able to invade another Hunter’s game by ringing it, although it still isn’t as easy as that. 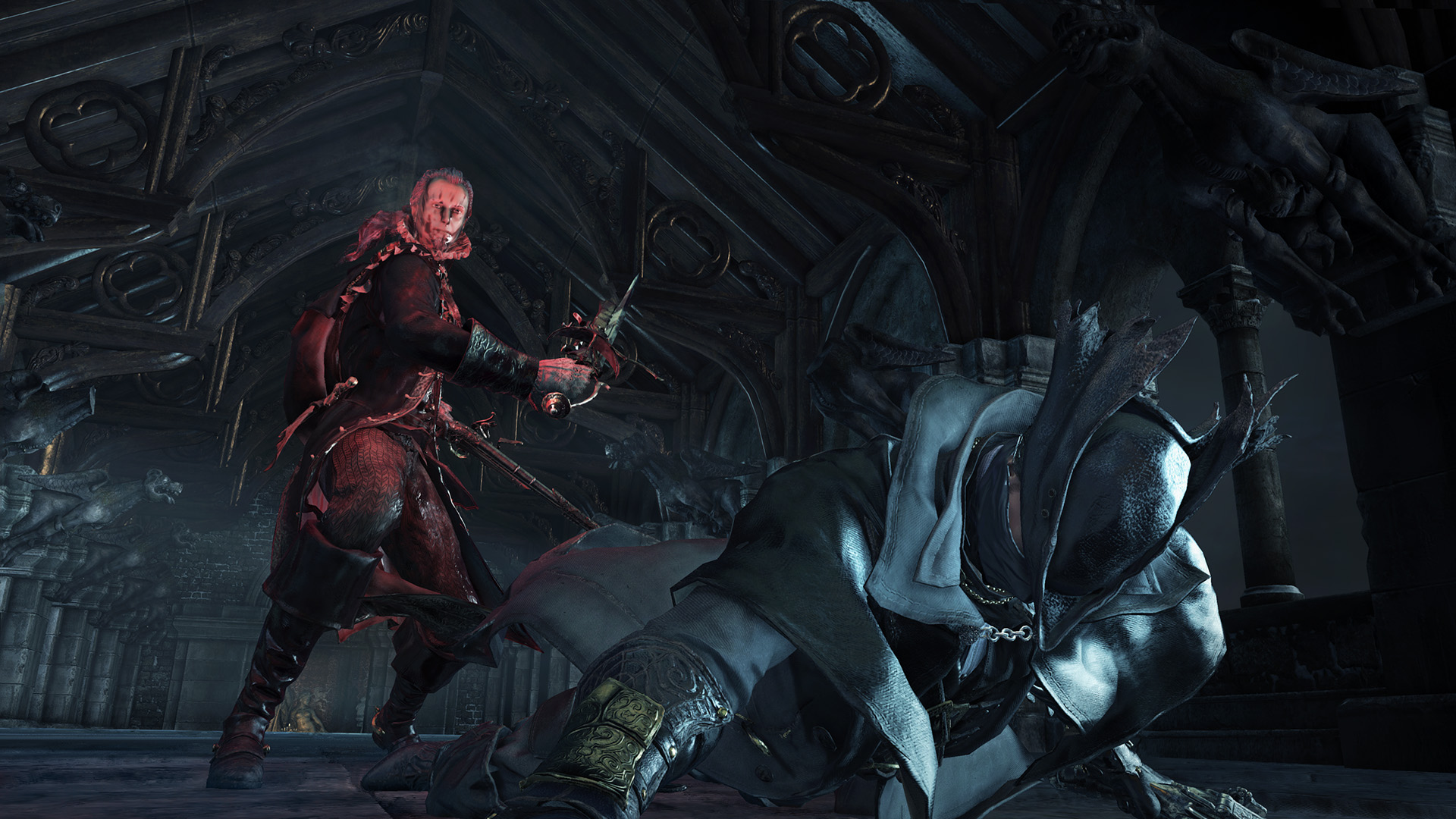 Once you finally connect a PvP opponent, the guest will need to kill the host in order to be rewarded with an Insight Point. If the guest is killed or doesn’t get to the host in time before they beat the stage’s boss, then the guest is returned to their game with no reward.

You’re not alone in thinking the PvP feature in Bloodborne is extremely confusing. When we attempted to initiate a PvP match we have yet to have any success connecting to another person’s game. We have a feeling this may be a result of players not knowing what exactly is needed to inititate PvP games. 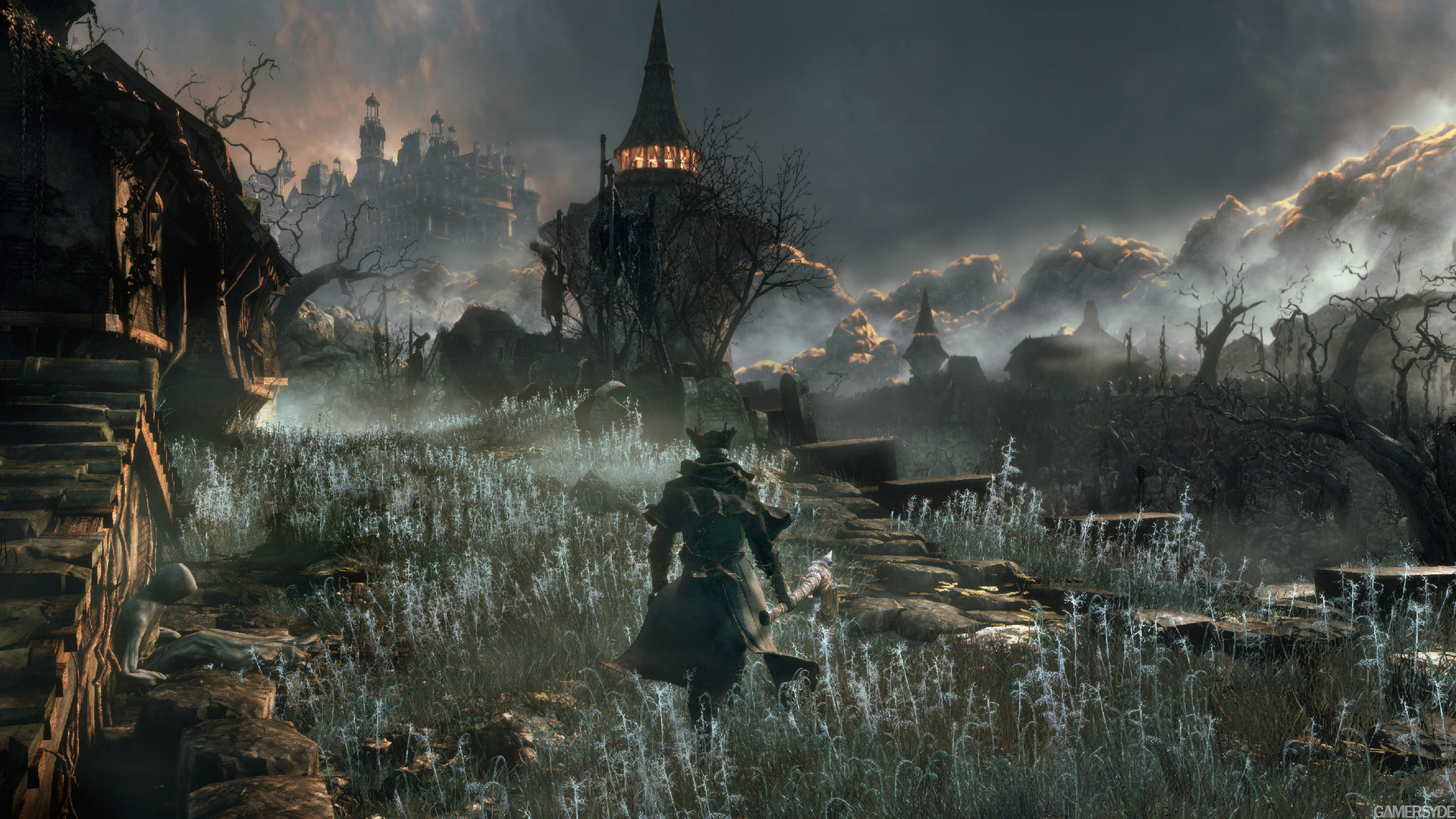 Even though the PvP feature is a complete mess, Bloodborne’s asynchronous and co-op features are much easier to get into and offer a much more rewarding experience. That’s why we suggest you always play Bloodborne online as being able to receive Messages from other players and ring up a co-op partner at nearly any time really adds to the experience.

And if you want to kill other Hunters, Bloodborne has some AI-controlled Hunters players can come across through their quest. Go kill those and don’t even bother with attempting the game’s PvP sessions.