Powers: Paint it Black (Episode 5) Review: Hungry like the Wolfe

Inspired by the comic book series, Powers is an original series produced by Sony Television and exclusive to the PlayStation Network. In this dark drama, Detective Christian Walker and Deena Pilgrim are partners in the police's Powers Division. They live in a world where an unspecified part of the population (referred to as Powers) gain super abilities like flight, teleportation, or inhuman strength. Their job, as everyday powerless police officers, is to handle superpowered criminals.

If you haven't been keeping up with the show or comic book series, here's a quick rundown:

In this universe, Powers are both revered and feared. The most prominent ones are treated like Hollywood stars, complete with publicists and managers. As a former Power who lost his abilities, Walker is stuck between the radically different worlds of being famous and powerful, and being ordinary. Much of the drama centers on this struggle, but there are several other interwoven subplots, including the schemes of a teleporter named Johnny Royalle, a club drug that supercharges abilities, a runaway girl who believes she'll be a Power someday, and near invincible cannibal named Wolfe trying to break out of prison. 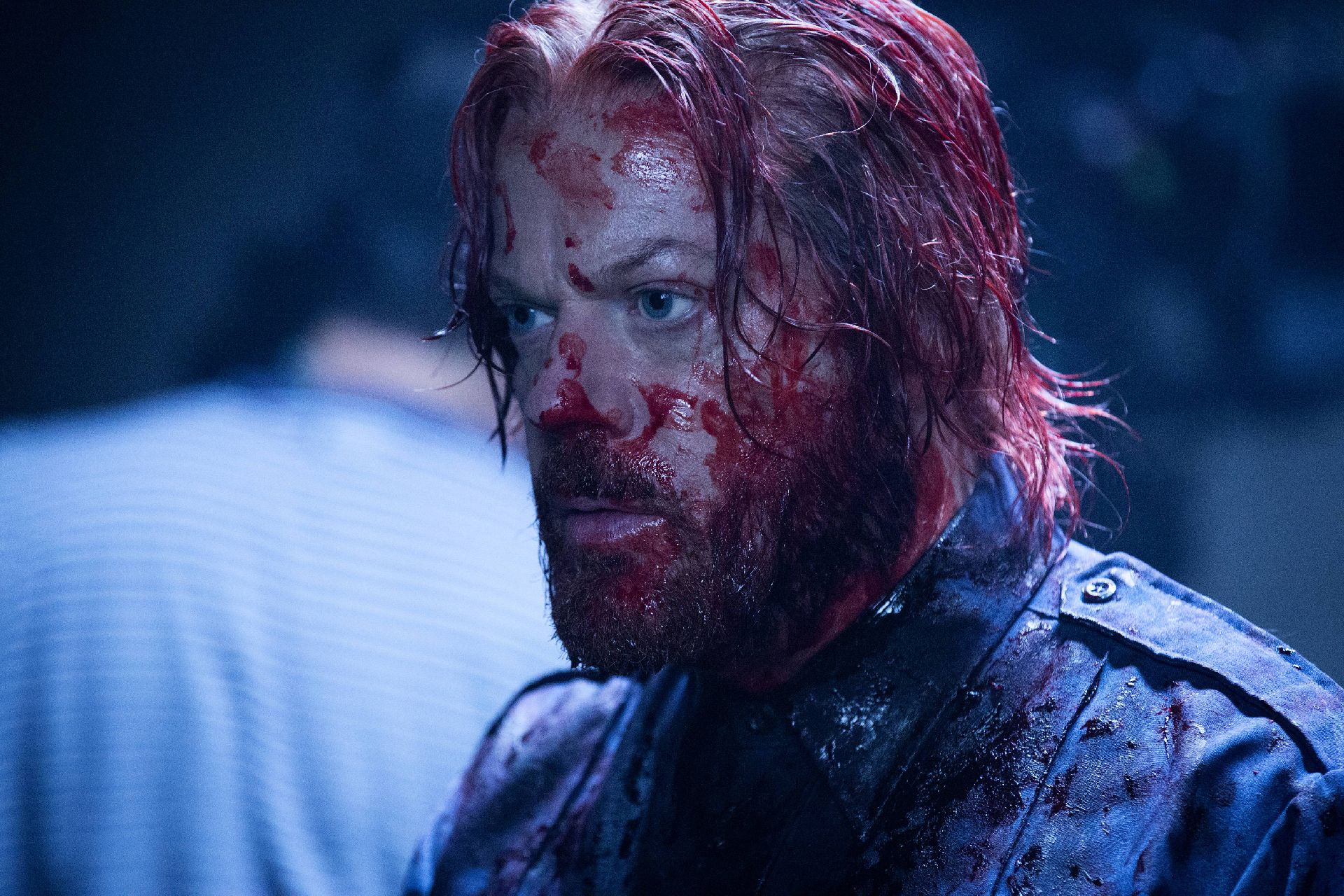 Wolfe (played by Eddie Izzard) is one of the most feared Powers in the world, because he grows more powerful with each person he consumes. He's got a bottomless hunger, and his strength and regeneration grow exponentially if he eats another Power, which a prison for super-criminals happens to have a lot of. It's like a canned meat factory. All Wolfe has to do is pop open a cell and chow down. Luckily, Wolfe is kept isolated on a level all by himself, which doesn't last long once he starts eating guards in an effort to escape.

Let's take a moment to get this out of the way: The show's special effects appear to be rather low budget. Johnny Royalle simply disappears from the screen with a popping sound when he teleports, as though someone turns the camera off and on again. Some of the flying clearly looks like the actors are on wires. Also, a near comical amount of blood shoots out (as though from a hose) whenever Wolfe consumes a new victim. If low budget effects ruin the experience for you, then it's probably best to skip over watching Powers.

Where the show both shines and stumbles is in the writing. There is a rich and complex story between Walker and Johnny Royalle, who were both adopted and tutored by Wolfe. That is, until Wolfe goes on a rampage and eats everyone a night club. That's when Walker turned Wolfe in to the authorities and made his name as a hero. Then there's the resident superhero, Retro Girl, who has a romantic history with Walker and has to reconcile her fame with being person full of flaws, just like everyone else. 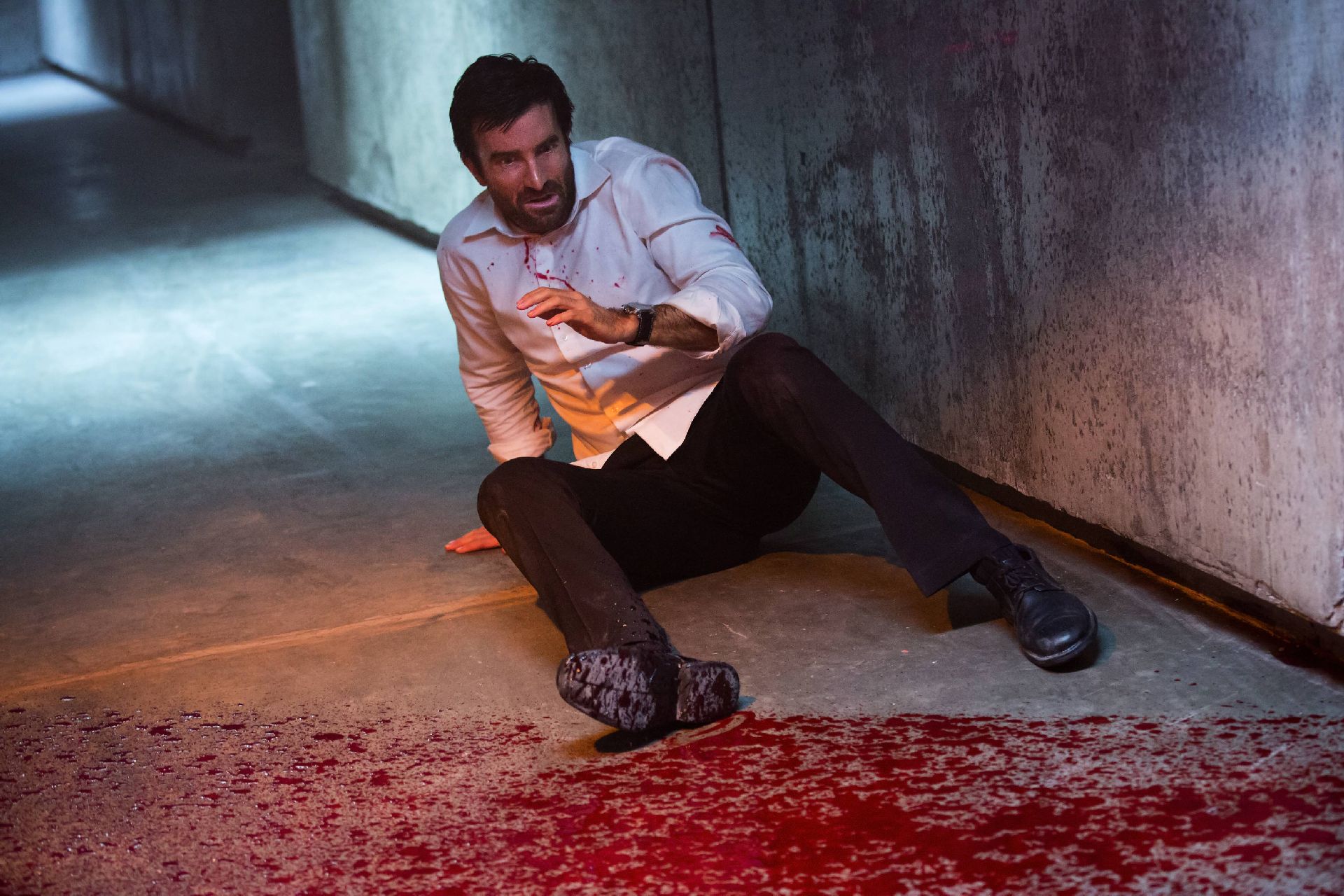 Unfortunately, everything that doesn't directly relate to Walker or other Powers ends up being an annoying distraction. Who cares about some kid trying to call attention to human collateral damage through the power of graffiti, or a Powers groupie's (who may or may not be delusional) personal vendetta, when there's a super-cannibal eating his way out of prison?

The show swings drastically between the mundane and the fascinating. Flashbacks of the night club massacre and what really happened between Walker and Wolfe that night are interrupted by scenes like two prison guards talking about personal relationships and fashion while hunting down a superpowered eating machine. You can already guess that the two will die, so it's tough to care about anything they do or say.

It's also a little weird that there's a whole prison floor dedicated to containing Wolfe, but no actual security measures to contain him. Shouldn't there be automated turrets or flamethrowers? Something that might overcome his regenerative abilities? Instead, all they have is a device called The Drainer, which in addition to having a boring name, was only just developed in the previous episode.

Similar to Walker's character, the show has to reconcile between being stuck in two worlds. One is the comic book world, where panels and narrative have to fill pages, and the needs of a TV show, where pacing is more of an issue. There's just enough action and story to keep things interesting, but if Wolfe was the big trump card, then it's been played.

It's difficult to tell whether the series will be able to keep the drama going with all these loose storylines going, but I'm very interested in finding out.