Gaming has evolved since its meager beginnings. No longer are we forced into one single home gaming platform. The day has come when gamers are split behind various platforms and games see several platform releases instead of just one. So why do you play what you play?

Josh Hawkins: Personally, I've been a PC guy for a while. PC has been my main go to, and I don't see that changing. I'm simply more comfortable with a mouse and keyboard in my hands than a controller, not to mention the movement with the mouse over an analog stick feels more fluid, and just has better handling. This doesn't mean I don't love my consoles too. I've spent various amounts of hours with my 3DSXL, my Xbox One, and my PS4. Do I love them? Sure. But the majority of my friends, and the majority of the games I like (I'm an indie fan, sue me) release on PC before anything else. 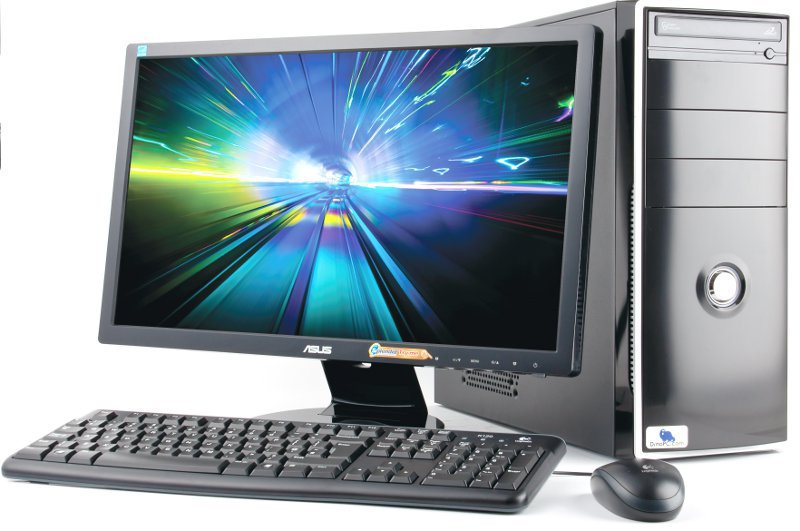 Daniel Perez: I've been gaming on consoles and handhelds for a couple of years now, although I grew up sharing my gaming time with both consoles and PCs. Last generation, I played the majority of multi-platform games on Xbox 360 since I felt its UI was much better than the PlayStation 3's. I also chose that platform since the majority of people that I play with were also playing on the Xbox 360.

This generation, I notice that I've been dividing my time between the PlayStation 4 and PC. I enjoy the feel of the DualShock 4 over the Xbox One controller and I also prefer its UI over the Windows 8-ish style the Xbox One has. I tend to use the Xbox One as an entertainment system more than a games console since it has a lot of apps that I use, like HBO GO and Plex, and I also have it set up that I can watch TV on it. 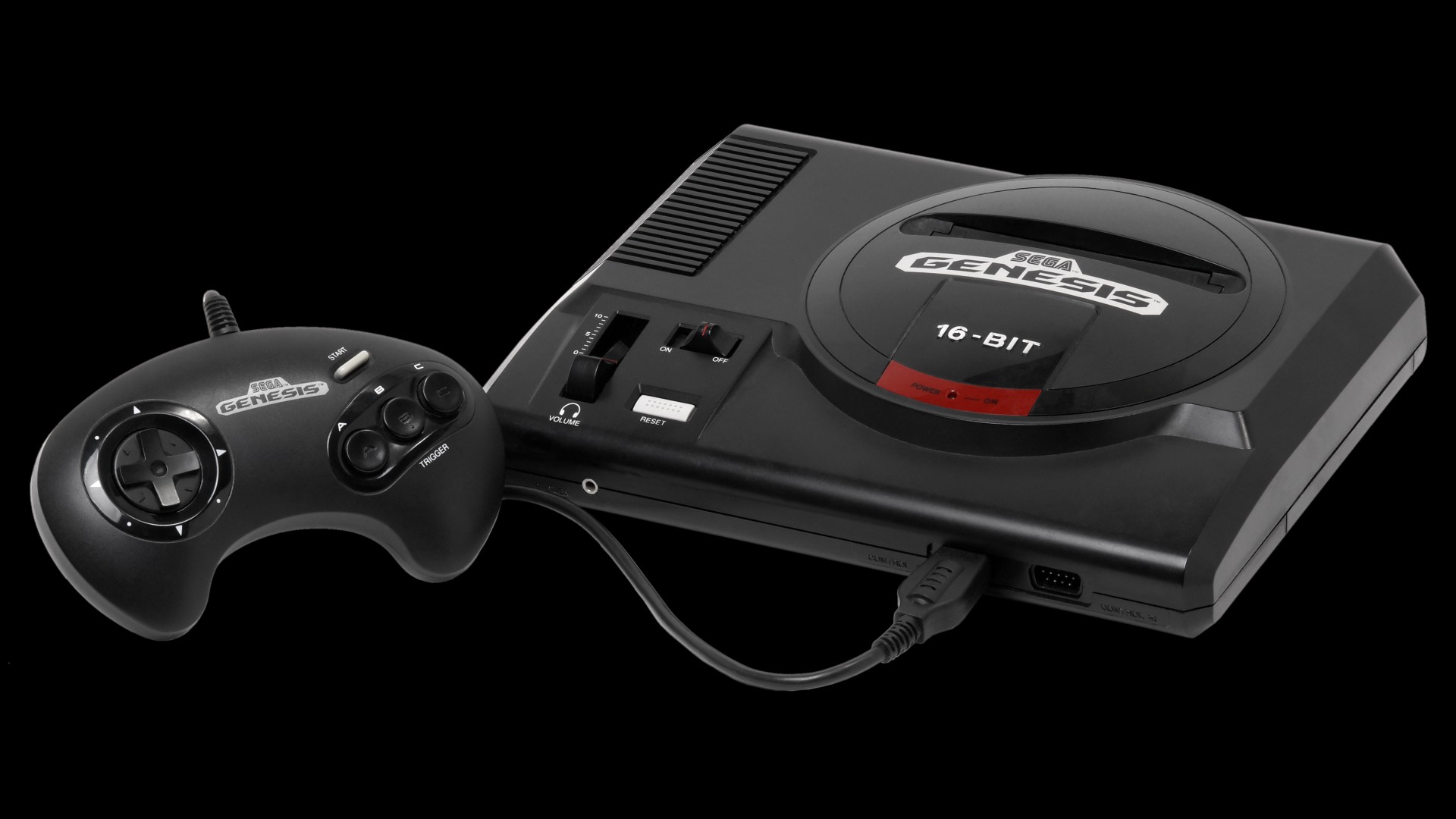 Greg Burke: I grew up in a Nintendo Free house hold. When I was younger my Aunt had a NES and i would play that all day long. My first Console ever was a Sega Genesis, I had gotten it for Christmas in 1991. I played games that were meh, save for Sonic. We had no PC in the house until 1996, and it ran Duke Nukem and Simpsons Cartoon maker, but it only worked half the time without crashing and freezing, I eventually tried to build my own PC for $300, and when it was done I could run Counter Strike at 15FPS at 640x480…I was officially done with PC.

That was when I turned away from PC and toward console. I had saved up money and bought myself a PlayStation with Final Fantasy 7. A few years later I purchased a N64 with Yoshi Story, followed by a GameCube and PS2. I skipped over XB and Dreamcast. Then in late 2005 I bought my first Xbox 360 and have been playing on that for years, I eventually bought a Wii and played Mario Galaxy and Brawl then shelved it. I bought a Mac Computer for my small business and it didn’t run any games other than blizzard ones, and it didn’t run those very well (this was before boot camp). I finally recently bought an Xbox One this year as well as a Wii U. A PC to me has always equaled work so I’ve never really liked gaming on them. All my friends Bought Xboxes so there is another reason I play on console. :)

Steven Wong: Although most of my friends stuck to consoles like the NES when I was kid, the PC has always been my chosen platform. There are a lot of reasons why I stuck to the PC. Games like Wolfenstein 3D and Doom hit the scene when I was a teenager. I got a job working at a computer store and used my employee discount to buy the hardware needed to throw LAN parties, so my friends would bring the computers over and we’d play Doom, Warcraft II, Need for Speed, and many others. Eventually, I became accustomed to the speed and precision of a keyboard and mouse, and never really got comfortable using a gamepad for first-person shooters. 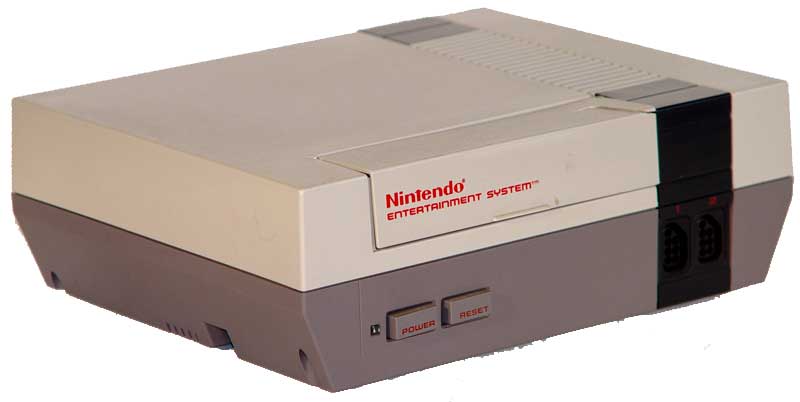 For the longest time, it seemed like PC gaming was at the head of the technology curve. It had 3D accelerator cards for fantastic graphics that far surpassed what the PlayStation and SNES were capable of. Then it had online gaming, first through dial-up services then straight through across the internet or using services like Battle.net.

There also seemed like a wider breadth of games. Consoles had platforming games, fighters, and so on, but it didn’t seem compare against 4X games, adventure games, RTS, first-person shooters (the SNES release of Doom was bleh), and more. The Sims made its debut on the PC, and, if you wanted to play Diablo or any Blizzard game, you needed a PC or Mac. Then there’s the mother of digital beasts, Steam, which is a whole different topic. I could go on and on, but you get the point. To me, the PC has always been the platform where great ideas are created.

I also disliked the idea of giving up on all my old games with each new console cycle. Sure, I might never get around to playing them again, but you never know! I didn't think I’d ever pick up Heroes of Might and Magic 3 again, but I did just the other day. And it was simple and quick, despite the PC’s reputation for being overly complicated. I remember the days when it WAS very complicated, and it’s a joy for me to experience how easy it is now.

Steve Watts: I play mostly on consoles these days. Growing up, I played a healthy mix of console and PC games, but leaned more towards Mario Bros and Street Fighter than Civilization and TIE Fighter. The kinds of experiences on consoles were more of my jam, I guess. Once I entered college, I majored in graphic design, which pretty much requires you to become a Mac hipster.

I've been using Macs pretty much exclusively since then, which has severely limited my PC gaming options. Even if I dual-booted my laptop, it really couldn't handle the latest and greatest. I did load a few games onto it, though. I suffered through a pretty slow-running Gone Home for the sake of experiencing the story, and I played some Hearthstone on it before it came to iPad. Plus, I still try some indie games once in a while, like FTL.

That said, the lack of PC isn't my only reason for playing console games. Having spent my entire gaming life accustomed to playing with a controller on a couch, that just feels more relaxing for me. I like the occasional RTS on a PC, but something about it seems more stressful. As Jeff Cannata puts it, it's a "leaning forward" experience versus a "leaning back" experience. When I have time to play games for fun, I usually just want to lean back.

Ozzie Mejia: It's hard to pick a platform, just because I've been so big into consoles (and PC, to a lesser extent) for decades. But I'm going to go pick something a little different. I fully stand by my 3DS. Some of the best gaming experiences I've had in the last five years have been on my handheld and the 3DS has one of the strongest gaming libraries out there, not to mention it can still play my original DS games. A lot of them are either console-quality platformers like Super Mario 3D Land, RPGs like Pokemon and Bravely Default, or games that I can't really get anywhere else, like the Phoenix Wright games.

Joe Tirado: I have primarily been a console player, until I was introduced to counter strike 1.6 on the PC in high school. I then built my first PC, and retroactively got into the Fallout series, Quake, Tie Fighter, etc… I always maintained my love for PC games, but basically switched back to consoles during the XBOX 360's lifespan and am only really now getting back into the PC because of the shack. I was a fickle bastard, and mainly because my friends were on whatever platform I was playing at the time.

I think I have always gravitated towards the PC for games though because they always had the better RPG experiences. That is absolutely my favorite genre (with FPS as a close second) and really I got back into consoles because of FPS games and good RPGS like KOTOR and The Elder Scrolls. This generation I bought an Xbox One, and although it was a fine purchase, it was to keep in touch with amigos. My PC will be built by next week and it will mainly be for hanging out with the assholes from the shack community.

Here’s what a few of our Chatty members had to say.

RogerDandy: PC. For me it's a passion thing. I've always upgraded my PC yearly with one major upgrade every 5 or so years and it's just like clockwork now I almost don't even question it.

Omnova: My platform is the one that has games I want to play on it.

Acranum: PC. I grew up on PCs, starting with a Commodore VIC-20. There's a wider range of games, the games look better (with appropriate hardware), there are more control options, there's modding, there are more and better sales (especially with digital purchases).

That's not to say I don't play console games. I do. But money and time tends to get spend on my PC and on PC games before consoles and console games.

Want to see all the responses? Simply head over to this thread and check them out.