Phantom Breaker: Battle Grounds is one of those little games where what you see is what you get. You select one of several anime characters (mostly female), each with a unique weapon and fighting style, then proceed to beat up gangs of bizarre characters while proceeding down a side-scrolling streets of Tokyo. Higher hit combos earn more experience, which translate into skill points that can be spent on upgrading your character's attributes or buying new skills. Throw in a few multiplayer modes, and you've pretty much summed up the game.

It's a rather mindless game, to be sure. The convoluted plot involving a all-powerful being called the Phantom, traveling across multiple dimensions, and a subplot about rescuing your missing sister, Nagi, don't add much more depth. But none of that matters, because the fast-paced action, along with the retro 16-bit Japanese anime style art style, keep the game light and fun. Pick a character, beat up as many enemies as you can (while building a high hit combo), upgrade, and repeat. That's not to say that Phantom Breaker doesn't have a few interesting features, chief among them is the ability to jump between the background and foreground to battle enemies. Hitting enemies builds up a charge meter, which can either be spent on special moves or saved for an Outrage Attack, which launches homing missiles at everything on the screen. A full charge meter enables a extra powerful Outrage Attack. 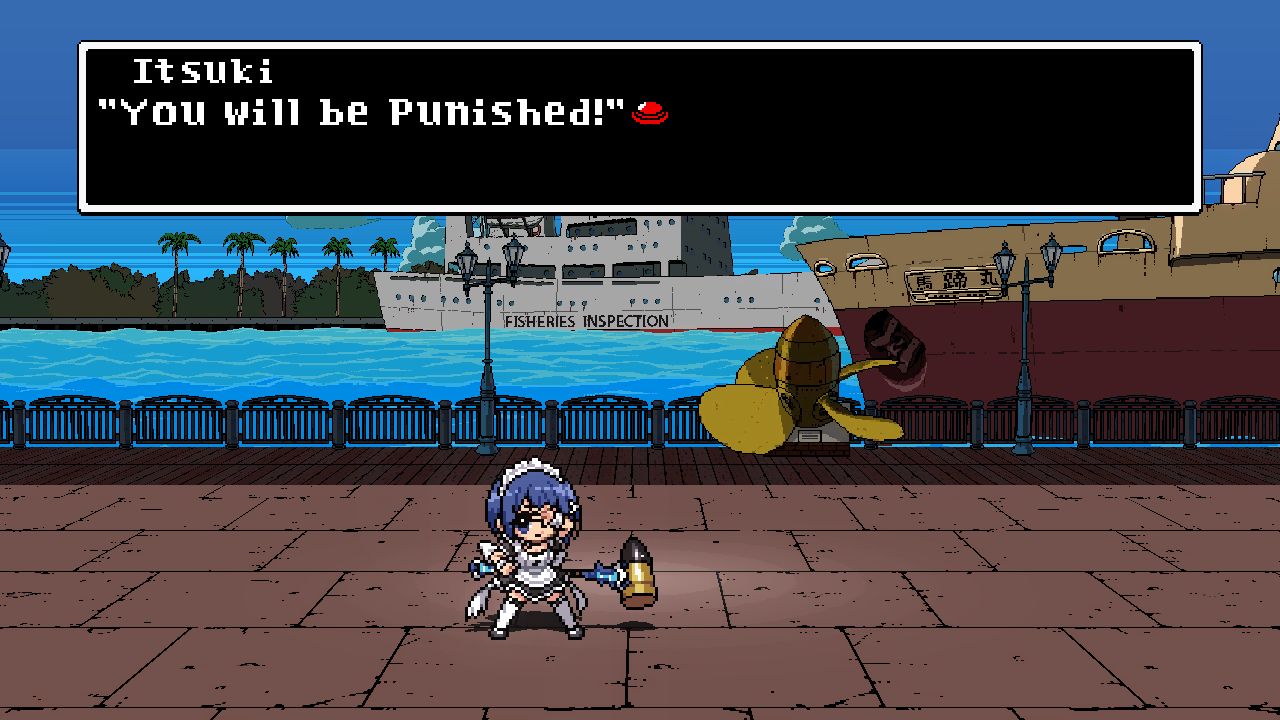 Even with the relatively straightforward control scheme, comprised of fast, medium, heavy, and special attacks, the fighting does take a bit of getting used to. Jumping is handled by pressing up on the D-pad or analog stick (if you're especially adventurous, you could use a keyboard to play). Without a dedicated jump button, air attacks and combos can be a bit tricky. Blocking is done by standing still, which is a kind of strange for a game that puts so much emphasis on staying active. The game has a lot of nuance for more hardcore players to take advantage of at higher difficulties, like landing counters and throws, but you can get through the campaign on normal difficulty by strategically button mashing your way through.

Although the enemies are fun and interesting, the loose plot makes it unlikely that anything from Phantom Breaker will stick in your memory. The bosses are challenging and will put your fighting skills to the test, but some of the level designs can get overwhelming. There are scenes where the creatures are so big that you literally lose sight of your character. At that point, I found myself hitting random buttons combinations in hopes of breaking free and clearing some room. 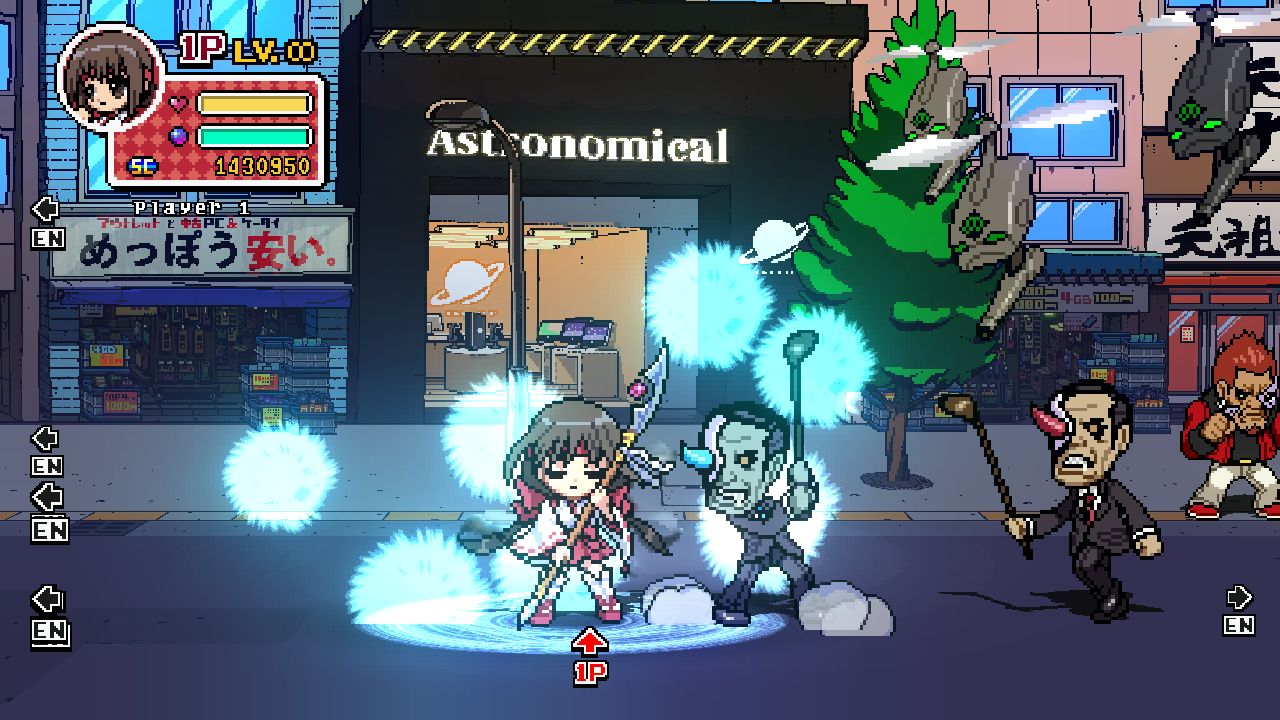 The demon realm stage is particularly annoying, because it's difficult to tell how far you've progressed. Additionally, it's designed to obscure smaller enemies from sight. I always feel like it's a little cheap to give enemies free hits. The game also has an annoying habit of jumping into non-interactive sequences and level transitions before you have a chance to grab all the on screen loot.

Phantom Breaker's best features are its multiplayer modes, especially the cooperative ones. While it's disappointing that the game doesn't have online play, the chaotic fun of throwing multiple fighters into the mix makes up for it. It certainly helps to have allies at your side at the higher difficulty settings, even though screen sharing limitations can be a problem. At the same time, it can be very apparent when there is a large level gap between characters. Higher level characters have more moves, hit harder, have more hit points, and potentially move faster than lower level ones, which makes the Battlegrounds PvP mode almost painful to play unless you have a lot of similar level characters. Players have the option to use different colored versions of the same character, which solves the level problem, but makes multiplayer rather boring. 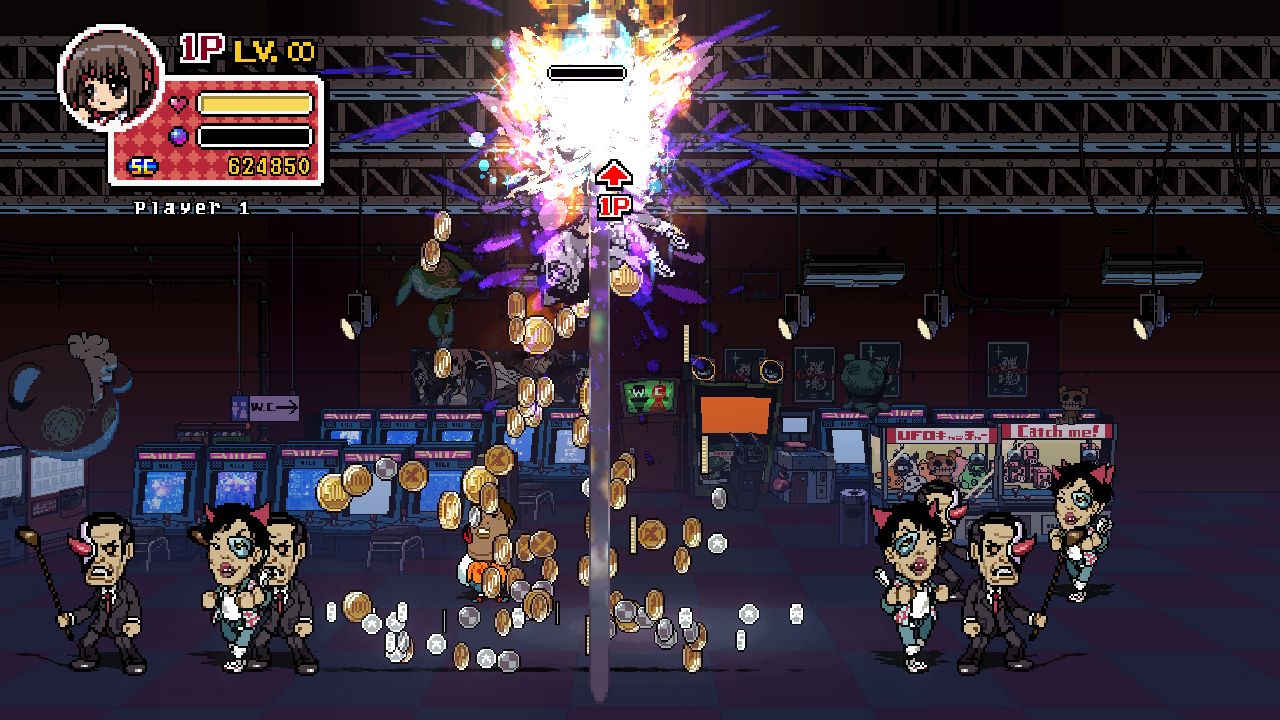 Making matters worse is the fact that the game doesn't take a break to let players upgrade their characters between chapters during multiplayer sessions. So, unless players are consciously willing break from the action, they could end up playing without using their full potential.

Unless you have friends to play alongside, there's little incentive to replay the game and level up its different characters. Even though each character features a unique set of special moves, the gameplay is so simple that they tend to feel the same. So, playing through the campaign using a special unlockable character is no more satisfying than using one of the base ones. It would have been nice if the story changed in some way according to the character you're using, but the game isn't that complex.

All taken together, Phantom Breaker offers a couple hours of mindless, mass-bashing fun. It has some of the same charm as old-school beat'em up arcade games like Turtles in Time, but with an Japanese anime theme. It's fun for a time, but it passes quickly, and it's very easy to move on without looking back.