Moonman is a rogue-like adventure inspired by Spelunky and Terraria

Moonman can be best described as a combination of Spelunky, The Binding of Isaac, and Terraria all rolled into one game that features a 16-bit art style that looks pretty intriguing. The game is being developed by Ben Porter, who according to his bio, has been coding since he was extremely young.

“In a strange, nocturnal world a moonman is summoned by an ancient mollusc,” says the official description of Moonman on its Kickstarter page. “It sends him to the farthest corners of the land to search for fallen moon fragments -- that will power a great star-machine.” 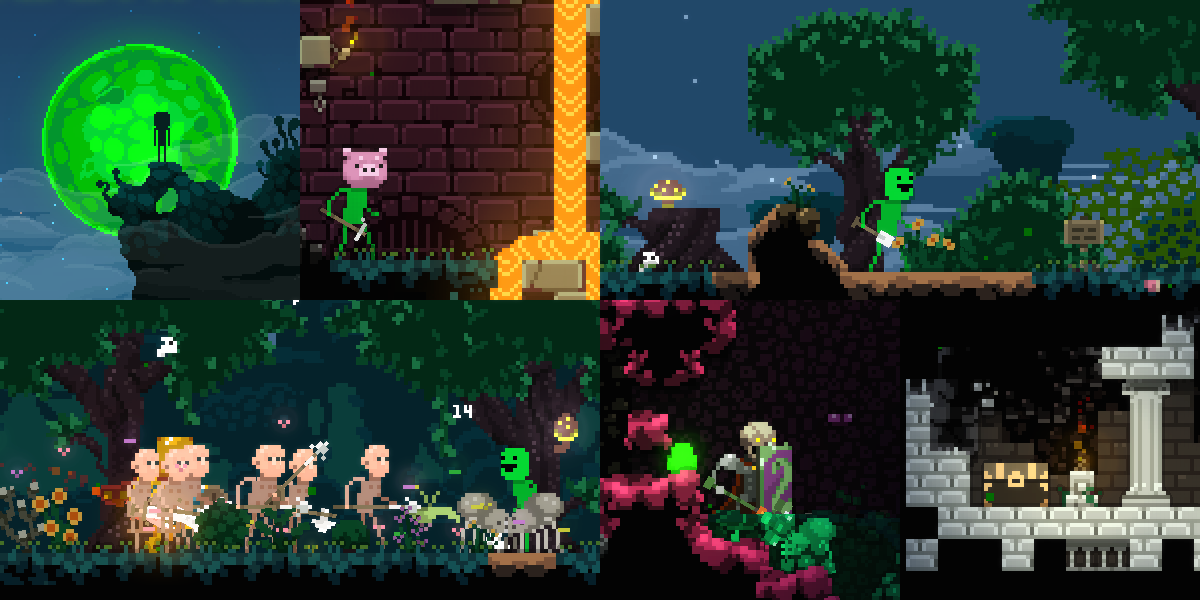 The title is a procedurally-generated adventure game that’s set on a nocturnal planet that’s orbited by many moons. Each new game automatically generates a unique alien world that contains towns, forests, tombs, islands, and strange landscapes. Moonman’s goal is not only to smile at everything he comes across, but to also use moon fragments in order to build a giant star machine.

During your adventure, you’ll explore alien landscapes where strange moons influence the world. You’ll be able to collect, harvest, mine, and trade resources within a fully destructible world. You’ll also come across ancient puzzle rooms.

Moonman is currently seeking funding to be completed as it’s already been in development for two years. With eight days to go, Moonman needs just $10,000 AUD more to become fully funded. If fully funded, Moonman will be released on PC, Mac, and Linux some time in 2015.