Borderlands: The Pre-Sequel already has quite the cast of characters to play as, but today, 2K is announcing the latest addition to the game, and it’s the sibling of a character we all should know very well from Borderlands 2. I mean, who could forget Sir Hammerlock, right?

Lady Hammerlock has joined the cast of Borderlands: The Pre-Sequel out of sheer bordeom, seeing as her turbomansion has grown cold and unloving, all the while her insatiable lust for violence has grown a great deal. Aurelia’s action skill is called Cold As Ice, which when used, allows her to throw a Frost Diadem Shard that seeks out her enemies, attaches to them, and constantly deals damage in the process. If the target dies as a result, the shard will move onto a new enemy and continue so long as it’s activated. 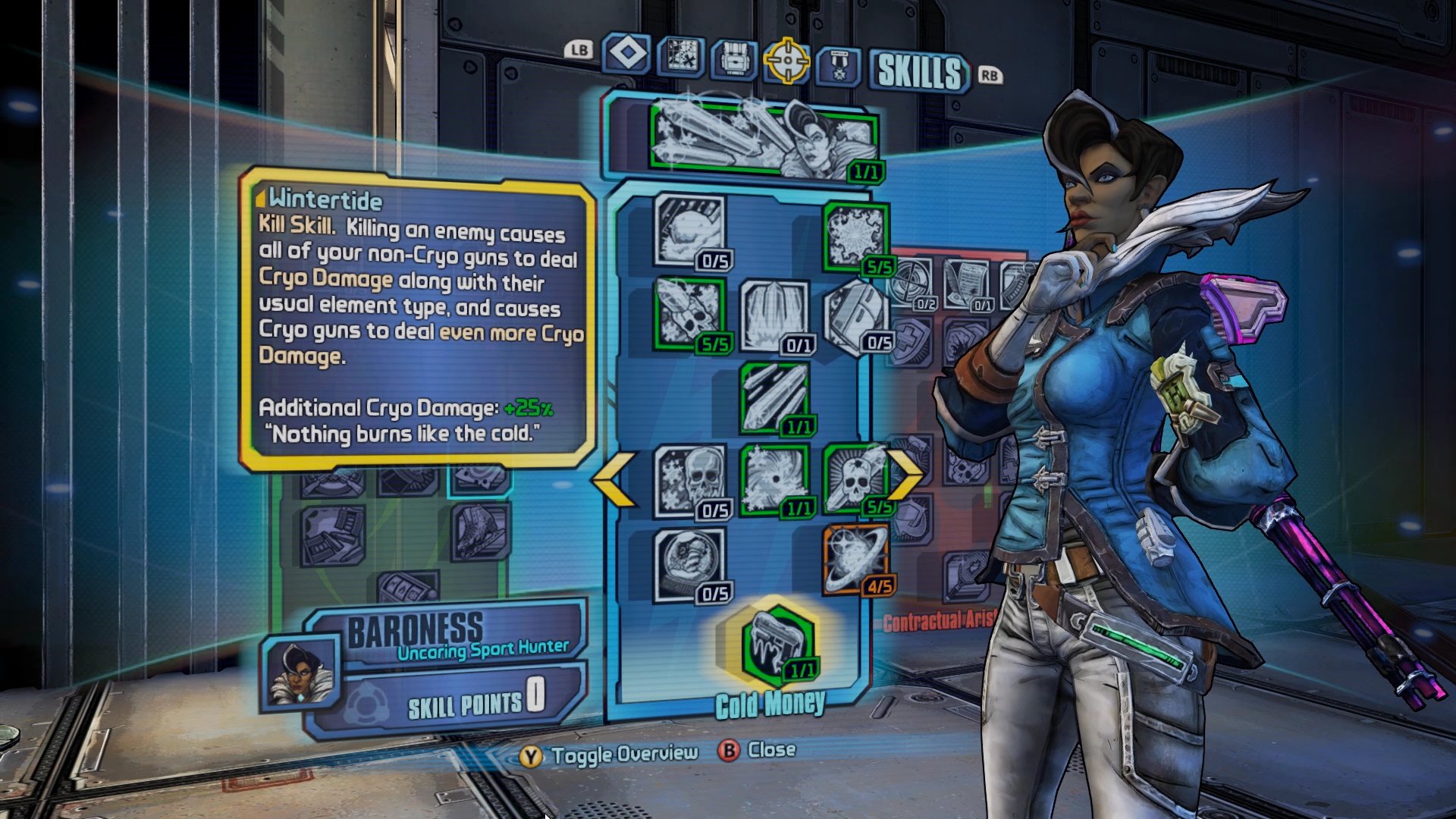 The Lady Hammerlock Pack will be included in the Borderlands: The Pre-Sequel Season Pass, although those who would prefer to purchase her by herself, the pack will retail for $9.99 and be available starting on January 27.