Before stepping into Until Dawn, I'm treated to a quick quiz that asks me what I'm afraid of the most. Three multiple choice questions ask whether I'm more scared of needles or suffocation, blood and gore or creepy crawlies, and the dark or crowds. Sensing a trap, I picked suffocation, creepy crawlies, and crowds. Then starts the game demo, featuring a young blond girl named Samantha (voiced by Hayden Panettiere) taking a bath.

In Until Dawn, eight friends vacationing at a remote mountain cabin end up being trapped in a slasher horror film setting. There are multiple paths for the story to take. All eight friends could survive, or none of them, or any combination in between. In the demo, Sam's clothes are stolen while she's not looking, which forces her to walk around in nothing but a bath towel. She thinks it's some sort of prank at first, but things quickly escalate in the traditional horror movie fashion. Soon, she ends up in the lodge's basement, is shown a film of her friend being sawed in half, then one of her taking a bath moments ago, before behind greeted by a killer in a demented clown mask. From there, it's a chase through the lodge's basement areas.

The conceit is that the game has the same self awareness as movies like Scream or A Cabin in the Woods. Players know the horror movie rules, and the game knows that they know. Characters in Until Dawn are supposed to know how absurd their life threatening situation is too, but that aspect isn't demonstrated in this demo. Instead, I was treated to a sort of survival training course. Do I have the knowledge it takes to survive a horror movie like Saw or I Know What You Did Last Summer, with no weapons and dressed only in a towel?

This early demo is comprised almost entirely of quicktime events. At different times, players are given a short timer and must choose between two different actions, like running or hiding. I started by throwing a pitcher at the killer clown before making a run for it. Whenever I was presented with the option to hide, I always chose to do so (lest I try to run and trip on a tree branch, twisting my ankle). Until Dawn also relies heavily on the Dualshock 4's motion sensing controls. Shifting focus from one decision to another means tilting or turning the controller in the direction of the decision. For example, one of your first decisions is to either hide under a bed or leap over it, and tilting the controller up or down chooses between the two. It seems like the thumbsticks might work too, but I decided to stick with motion controls for the full experience.

Motion controls work fairly well for the most part, even if they do seem a little gimmicky. The one part I thought they worked best was when I had to quickly shift the controller to the right to slide some locks into place. Parts that didn't work so well for me were when I was hiding, and I had to keep the controller completely still to keep from being discovered. Although, from my perspective, I was keeping it as still as possible, I always ended up failing these sections. However, I could never tell if it was because I the controller detected some sort of movement that I wasn't aware of, or if the event just time out and the killer clown discovered me no matter what. So, the control sensitivity and feedback could use some adjustment, at least so that I don't have to leave the controller sitting on a table every time I need to hide. I might have survived the encounter if it weren't for the motion sensing mechanic. Instead, the clown threw a gas mask over my face as I was hiding in an elevator shaft.

I had the opportunity to run through the demo twice, so I made some different choices during the quiz, and did some more exploring the second time around. I tried out every door to look for a way out, or at least a change of clothes, and they were all locked. However, I did discover a few objects that clued me in to what's going on and who might be chasing me, including an answering machine message about a convict that was recently released from prison. 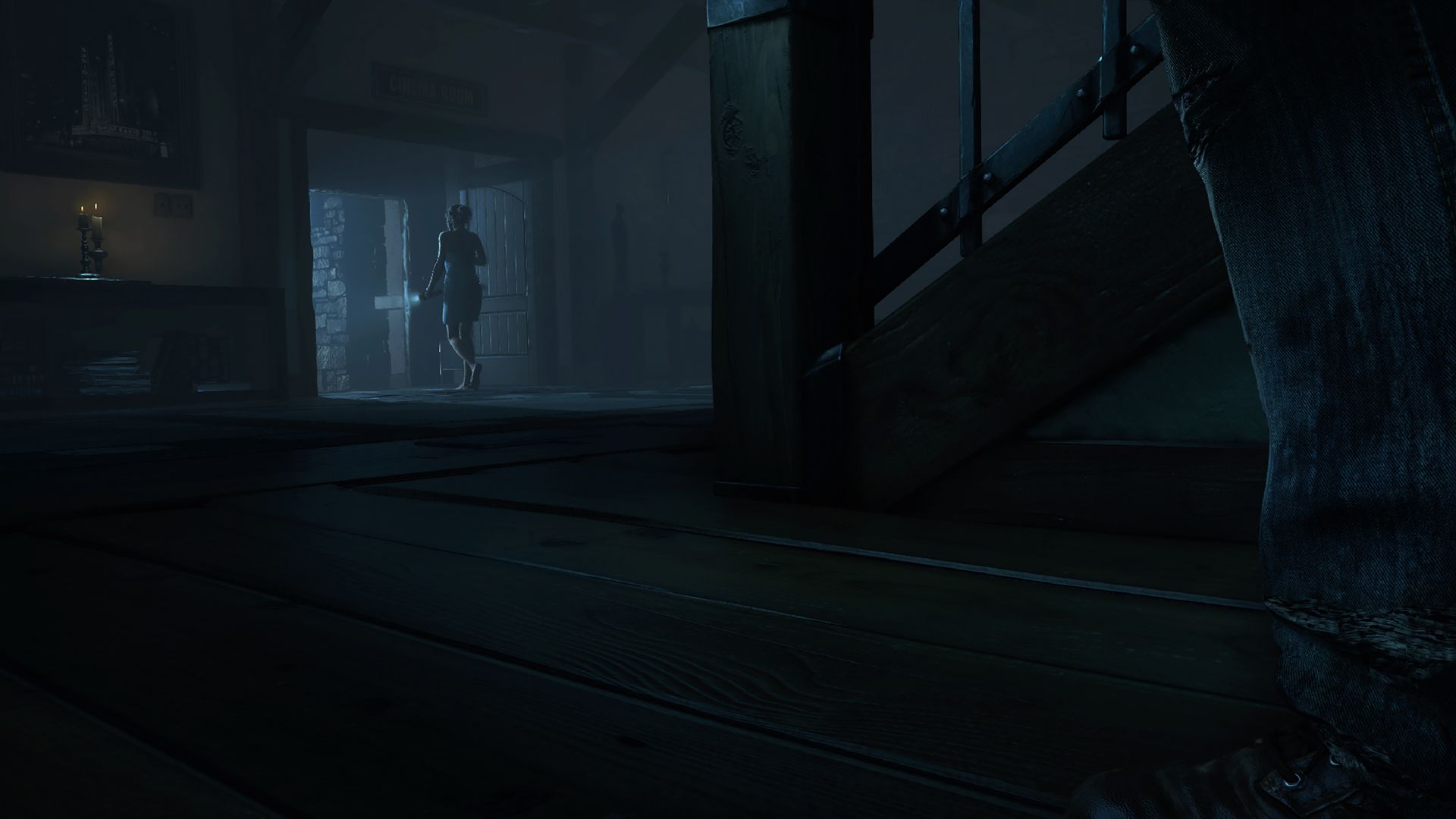 Changing the quiz decision impacts how things play out. I chose needles as my biggest fear the second time around, and this time, he chased me with a syringe instead of a gas mask, which is what he carried when I chose suffocation. I didn't make it far enough into the demo to see what the other two choices impacted.

As a person who grew up watching horror movies, I wouldn't necessarily say Until Dawn was scary to me, but the homage to movies was pretty clear. Judging from the demo, it doesn't necessarily have to be scary all the time. I found myself enjoying the quiet parts, where I walked around the lodge and looked around, just as much as the frantic decision making. Samantha's scenario is one aspect of the story, and I was told by a developer that each character will emphasize different styles. One character will have a heavier focus on exploration and figuring out what's going, while others (like Sam) are just trying to survive the next few minutes.

Altogether, I was quite impressed with the demo. The motion controls didn't completely click with me, but there is some great potential there, and it did add some fun interaction in some parts. The key thing for me was seeing if I could outsmart a slasher movie, the way characters in the Scream movies tried to, which is the kind of game that I could really get into.

Until Dawn is expected to release for the PlayStation 4 in 2015.