The Crew Review: Racing Back to the Caution

Open-world driving is where it’s at in the new generation, as we saw in the case of Microsoft's Forza Horizon 2 in September. Driving across countless miles of southern Europe provided a nice little retreat from strictly driving in a number of races in exotic locations, which is largely the experience DriveClub offered. The Crew is from the relative-unknown studio Ivory Tower, with credits in past Need for Speed and Test Drive Unlimited titles. Even though it lacks the name recognition, its racer is more ambitious than some veteran efforts, even as it shows its inexperience with some amatuer mistakes. 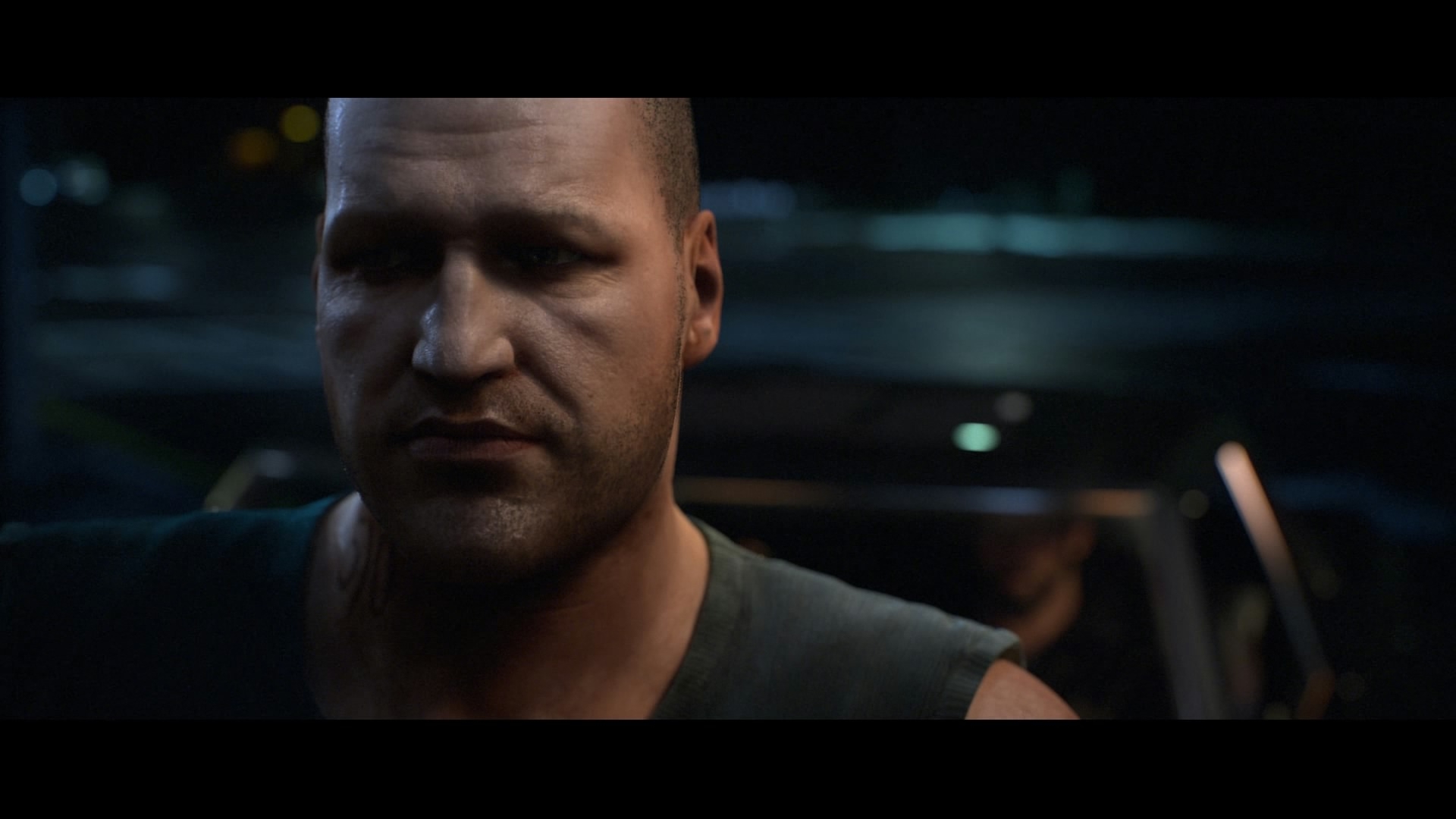 Most racing games have throw-away stories that feel like they’re put in place as a way to give players some kind of purpose to randomly drive around various locations. The Crew is no different as you’ll be assuming the role of Alex Taylor, performed by who else but voice actor Troy Baker, who was wrongly accused of his brother’s murder. After spending a couple of years in jail, Alex is released and teams up with the FBI in order to not only find his brother’s killer, but the crooked cop who pinned the murder on him. That means Alex will have to infiltrate the organization responsible for his brother’s death: the 5-10s.

Alex’s investigation will take him all over the US as the 5-10s have territories located throughout the country. A total of five factions have made their presence known on the east coast, in the south, the midwest, within the mountain states, and the west coast. This gives players a good reason to take advantage of the extremely large playground Ivory Tower set in place for The Crew: the entire U.S. You’ll first start off in Detroit in the Midwest to gather information regarding Alex’s brother’s death, but slowly, the rest of America will become available to you as you progress through The Crew’s story. The story itself offers a few twists and turns, but you wouldn't be missing much if you skipped the game's cutscenes to just get on to the action.

Driving from one part of the country to another is definitely doable, that is, if you have the time for a lengthy road trip. Thankfully, for those who just want to hop to their destination, The Crew offers a number of ways to do just that as you could access your map and fast travel to any location you’ve previously been to. If you haven’t, then you’ll either need to drive to the location if it’s within an acceptable distance, or you could use other modes of transportation that include train stations and airports located in large cities. Using these optional modes of transportation will cost you in-game currency, although spending a few hundred bucks to fly from Detroit to Miami is well worth the trouble.

Let's go for a ride

The selection of vehicles in The Crew isn’t as limited as DriveClub, nor is it as extensive as Forza Horizon 2. But what the game does is it allows players to customize their vehicle to be used in up to five different specs: Street, Dirt, Perf, Raid, and Circuit. There’s also a Full Stock spec, but that spec is designated for vehicles that don’t have any specs installed onto it. In other words, a car that’s straight off of the dealer’s lot.

Each spec has its own pros and cons. For example: the Street spec serves as more of the versatile category as you could use it for most situations and get a pretty good ride. Dirt spec, on the other hand, is made for pure offroading, which means if you’re driving on pavement, then you’re doing it totally wrong. Perf spec vehicles focus on performance more than anything, while Raid is made for hitting things really, really hard. The last, but not least, is Circuit, which allows drivers to burn some serious rubber.

The variety in specs means I was able to find a vehicle that could suit my driving needs fairly quickly, but unlocking the ability to install these specs onto my vehicle takes a lot of time. From the get go, I was able to install a Street spec to my favorite ride. If I want to then install a Dirt spec, I’d have to wait until I was a level 10 racer. Perf? Level 20. And so on. Everything I did in The Crew rewarded me with experience points, but I needed to spend some serious time with the game in order to get all specs unlocked. 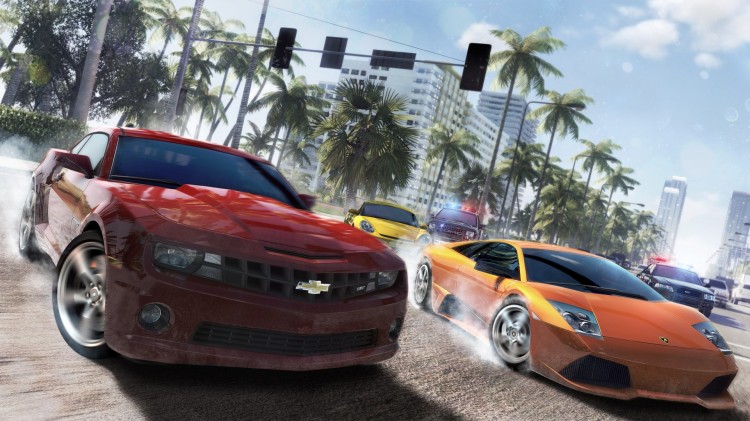 The lack of vehicle variety means you won’t be jumping back and forth between cars too often as I found one that I really enjoyed and just changed its spec when required to. When I was able to earn enough in-game currency to purchase a vehicle, I would be able to visit a car dealer to give a vehicle I was interested in the ole test drive. You could very well purchase a car without test driving it, but considering how long you’ll be driving a single vehicle at a time, it’s best to make sure you’ll be happy with your purchase.

I felt this feature of offering different specs did more harm than good as I didn’t feel there was any real incentive to trying out additional vehicles after I found one I enjoyed driving from the get-go. My first vehicle purchase ended up feeling like it was more of a swiss army knife by how versatile the spec system made it. That means I barely got to experience any of the other vehicles in The Crew, although considering there are only 40 vehicles at launch, I have a feeling I wasn’t missing much. Although on the other hand, it allowed me to feel closer to the vehicles that I owned and wanted to improve them as much as possible.

The process of improving vehicles is done exceptionally well in The Crew as completing missions and skills rewarded me with new parts for my vehicles. WIth each new part, I was informed of what kind of impact it would have on my vehicle through the use of a Car Level. As someone who enjoys racing games but doesn’t have a lot of vehicle knowledge, the introduction of the Car Level system ensures that I, and others like me, can tweak their vehicles knowing it’ll make a positive impact in some shape or form.

For the most part, The Crew performed relatively well during my time with the game as load times were fast when loading races and there was no loading time whatsoever when I found myself driving long distances. On the other hand, I noticed some strange glitches every so often that would offer a variety of results, which included vehicles magically appearing and disappearing from the street as I drove around, my vehicle being turned upside down in some cutscenes, and game sessions where I wasn’t racing with other players in the area for long periods of time. When I did partake in co-op races with other players, I found The Crew gave way too much power to the host as I had numerous instances where a race would be restarted if the host felt they weren’t performing as well as they would like. In one particular session, the race was restarted three different times due to the host falling behind, which I proceeded to quit out of sheer frustration with the rules The Crew set forth with its multiplayer sessions.

Human players weren’t the only cheaters I came across in The Crew as the AI can be downright brutal and nearly impossible to outmaneuver. Some missions required me to chase down a particular driver because they probably didn’t tip their waitress or something, I don’t remember. As I chased the driver down, they would showcase superhuman levels of reaction times in order to get away from my advances. Other missions that involved being chased by drivers were completely unfair as vehicles were overly aggressive, more agile than normal and extremely fast. In other words, you need to be on top of your game if you want to even consider beating particular missions in The Crew.

As I progressed through The Crew’s story, I was able to join one of the five factions found in the game, allowing me to represent my region of choice, which ended up being the east coast considering that’s where I currently live. The Crew offers PvP game modes which are accessed by driving to lobbies located in different parts of the US. Once I entered a PvP lobby, I could take on other racers of competing factions, although I really didn’t feel like there was much of an incentive to the faction system outside of earning a smattering of in-game currency every day.

Speaking of in-game currency, The Crew has two sets of currency that can be used for purchases. Currency that’s earned from completing missions, skills, or driving really, really well, and currency that you can purchase with actual money. The inclusion of a second currency choice felt like a way to milk players out of more money if they want a quicker way to earn their vehicles and upgrades, similar to what free-to-play mobile games have been doing for years. What makes things more difficult is the fact how long it can take to earn standard currency as I would drive exceptionally well and would only earn under $100 for my slick moves. 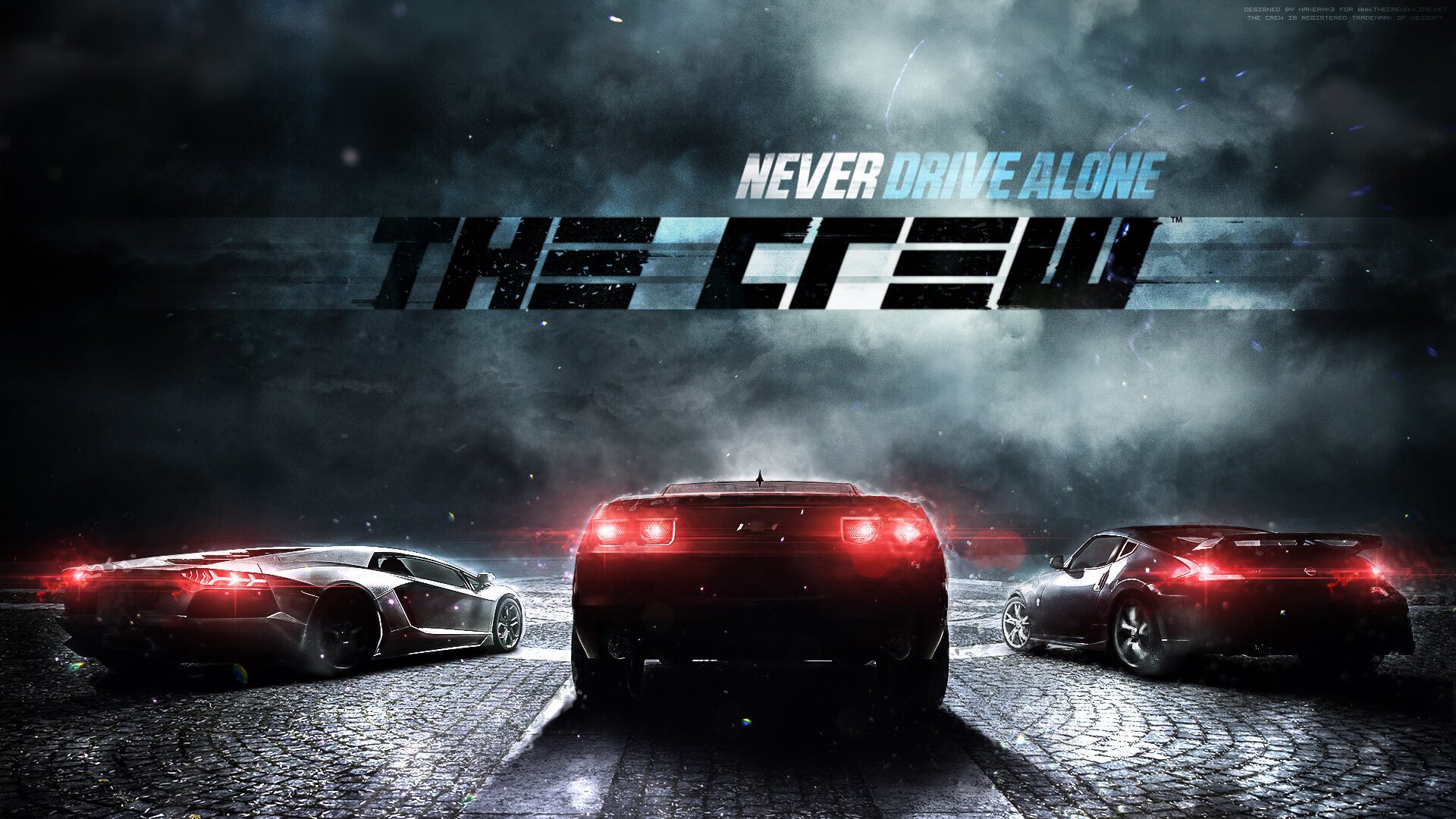 The Crew has been quite the ambitious undertaking by a completely new development studio as Ivory Tower has offered some interesting ways to play a racing game. The open-world aspect is one I found myself enjoying more often than not as having an entire nation to drive across was thrilling and quite memorable. On the other hand, unfair AI, an online multiplayer that is far from fair, and a spec system that kept me from wanting to experiment out of my comfort zone were just some of a few things that I felt are holding back The Crew from being the next great racing franchise.