Shacknews Spotlight: Assassin's Creed Unity, Rogue, and where it's all going

Assassin's Creed Unity released earlier this week and our review cited a number of shortcomings, including visual glitches, technical bugs, and an overarching story that seems to be on its way to nowhere. Assassin's Creed Rogue also released earlier this week and while our review will be posted soon, reviewer Steven Wong is already seeing a glut of problems with that game, as well. This prompted AC Unity reviewer Ozzie Mejia, AC Rogue reviewer Steven, and long-time AC fan Joshua Hawkins to all get together and discuss the latest entries in the series. Beyond discussing bugs and Ubisoft's questionable approach towards the game's overarching narrative, the staff collectively asks: Where is all of this going? 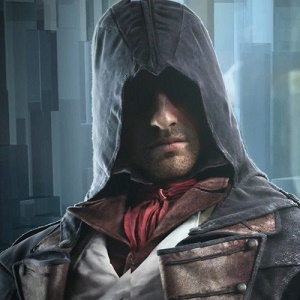 Ozzie Mejia: I'd say last week wasn't what Ubisoft was hoping for at all. I'm not going to go so far as to say I hated Assassin's Creed Unity. I certainly liked it better than Assassin's Creed III and Assassin's Creed Revelations. Unity's a beautifully-made game and a great representation of Paris. The problem is...well...to say the least, it's buggy. 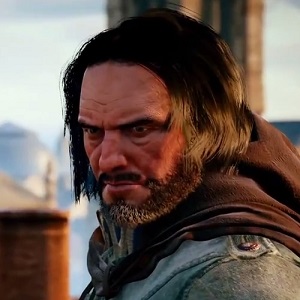 Joshua Hawkins: IT was beautiful yes... And the story was pretty good as far as Elise and Arno's love story. The sad fact is... Unity's story didn't really live up to the scale of the city it was portrayed in. The characters really didn't play much of a part at all in the Revolution, it was just like... Here, live in this world, do nothing to change it. Not to mention... The Assassin Brotherhood wasn't a massive part of the game either. I mean... it is Assassin's Creed. But I digress. 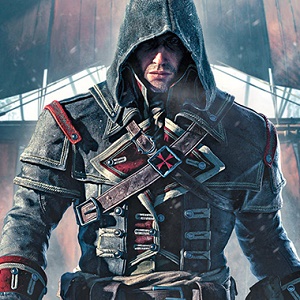 Steven Wong: So, is it fortunate or unfortunate that I haven't played Unity and experienced its story yet? I am, however, playing Rogue right now and it has some loose ties to Unity, but so far the story isn't impressing on me very well. What happened here? There was so much potential after Black Flag, and playing as a Templar should be amazing.

OM: That's so disappointing to hear. You'd think that being on the other side of the equation and having to look out for Assassins in hay bales or closets would be a really cool idea. The story, at the very least, should hit. And the more I look around, the more I seem to be in the minority about enjoying Arno's story. I've seen him compared to Ezio and I think that's entirely intentional. It's basically Ezio in a different time and different political landscape, where both the Assassins and the Templars are transitioning and leaving their ideals from previous games behind. It's genuinely interesting.

But can we all agree on one thing? The overall narrative with Abstergo has completely jumped off a cliff. Unity has yet another initiate and this one's looking for the remains of a Sage, but the way the story ends up going and the way it resolves itself makes almost no sense. Worse than that, I don't even know what the endgame is supposed to be anymore. Where is all of this even going? Ever since Desmond got killed off, the main story has been chasing its tail with no indicator that it has any sort of direction.

SW: So, that's explained in Rogue. (MAJOR SPOILER ALERT) William Miles, grieving over the death of his son, decides to step down as leader of the Assassins. The new guy goes on a global recruitment effort to rebuild the Assassin's Order, breaks into Abstergo's super secret research facility, and steals the Sage's remains. You didn't get any of that out of playing Unity?

OM: Yeah, I got none of that playing Unity. That's... kind of an important detail to know. The only reference made to Rogue is towards the middle of the story after Pierre Bellec turns on Arno after murdering the head of the Order. Other than that, nothing.

SW: So, wait... from what I'm gathering, the only way to fully understand what's happening in Unity is to play Rogue? That's really messed up! Especially since the games aren't on the same platforms.

JH: Looks like it, Steven, which is stupid. Rogue was released because they weren't doing Unity on last-gen consoles, correct? So how the heck can you tie in that game with the new game and not have this stuff in Unity be explained? I don't really get it at all.

SW: Ha, maybe this is Ubisoft's way of getting people to pick up the game on the PC, because that's the only overlapping platform... but Rogue doesn't come out for PC until 2015, so they must have wanted people to be left wondering what the heck is going on. I wonder what other critical information they withheld. Is there an elite Assassin hunting group called Sigma Team chasing after you?

OM: Yeah, that's the main problem I have with the AC story right now. Right up until Assassin's Creed III, we at least had an idea of what was happening and where things were going. Desmond's story was at least moving forward, whether it was whatever was happening with Juno, or Subject 16, or Abstergo's grand master plan. As soon as Desmond bit it, it's like all of it went out the window and they just keep introducing more and more convoluted plot elements that don't make any sense. The Matrix's plot is more coherent than this mess.

SW: Or his consciousness merges with Juno's and they form a superconsciousness that takes over the world. But getting back on things, maybe Ubisoft had some big master plan to use the two AC games to bridge the console generations, and it just ended up falling apart. It looks like it does in more ways than one, because Templars (even ones that are former Assassins) do pretty much the same exact things Assassins do.

Personally, I would love to see more modern world Assassin stuff. I was hoping the death of Desmond, who wasn't really inducted into the Order, would lead up to that. Like, what does a modern hidden blade look like? Does it pack a small caliber gun on it, or are they still using mini crossbows?

At the same time, I was really looking forward to Unity and Rogue, because the French Revolution is a great time period to play through, and I wanted to understand things from a Templar's point of view. But so far, Templars are just kind of annoying and sociopathic. Tell me that at least Paris is fun to play through.

OM: My concern, at this point, is that these games are going to keep dragging on aimlessly with no end in sight. Given how much of a debacle Rogue turned out to be, Unity's problematic launch, and how much the Abstergo story has worn out its welcome, that's not any kind of direction I want to see. I feel like it's time this series at least starts preparing to wrap up, because it feels like AC took a major step back this year. The Prince of Persia franchise got shelved for a whole lot less than this and I can't imagine consumers get burned by these games again next year. Not in the same numbers, anyway.

JH: I agree. It has become a string of loose threads just slowly unweaving as we go, actually I think that speed is picked up with Unity and Rogue. At the same time they did take a HUGE step back. Unity doesn't have nearly as much to offer as Black Flag did, I mean there was far more freedom to Black Flag and even Assassin's Creed III than we see in Unity. Then you take into account that the AI doesn't even do HALF the stuff they've done in previous games. They don't climb, they're aren't nearly as many places to hide, and the parkour system is still just as broken as ever. It's like Ubisoft has ceased to care anymore.

SW: They climb in Rogue. In fact, I think the AI got juiced up with a bunch of crazy advantages, like how they can always spot you, even if you're hiding on rooftops and trees, and can sometimes go into full alert in one second. As for the unraveling story, I'm starting to get the sense that Rogue is supposed to be the game that helps fill in a lot of the plot holes, which is dumb, considering how Unity is supposed to be moving the series forward, but is held back because so much is locked up in an old-generation console game.

But from this conversation, I'm starting to see how things connect with each other. For example, the whole reason you're reliving Shay's memories is to find an artifact that is thought to be able to raise the dead. Maybe Abstergo's plan is to find the artifact and bring the Sage back to life? Maybe the whole point is to get Rogue and Unity players talking to each other and discussing different plot points. Then again, it couldn't have been part of Ubisoft's plan for people to discuss how much they're disappointed with either game.

I realize that there's a lot of world history left for ancient Assassins to live through, but we have to reach a modern Assassin saga at some point, right?

OM: Next step is probably the 19th century, I'd imagine, because we're pretty much exhausted the 1700s. Maybe Industrial Revolution steampunk Assassin's Creed is on the docket somewhere, but either way, it's time to move forward and hopefully put this year's games behind us.

JH: I wouldn't mind them actually stepping into modern times. Let's jump into World War I or World War II. That would be interesting and if they pulled it off well enough (better than Unity) then I think they could probably pull things back on track. It's not like there is any lack of historical occurrences for them to base things around.

OM: Very true. Let's close on this note: There's still plenty of history to go through and as Steve Watts puts it, there's plenty of time to introduce more MacGuffins into this world. I'm hopeful for the best, but after the way these past two games have gone, it's time to exercise some more caution.

Here are all the Halloween seasonal events for 2020