Look behind you: A history of Silent Hill [Part 1]

Total darkness shrouds you. Armed with only a flashlight, a trembling beam of light guides you as the world you once knew crumbles away into something more sinister. Fear overtakes you, transformed you into some sort of inhuman being, one that has no qualms about burying an axe into the skull of wretched creatures that roam the landscape to ensure your survival. Because nothing else matters now, other than escaping the personal hell rising up around you. You reach for a rusted pipe, the only viable weapon in your vicinity, and trudge forward into the abyss. This is your life now. This is Silent Hill. 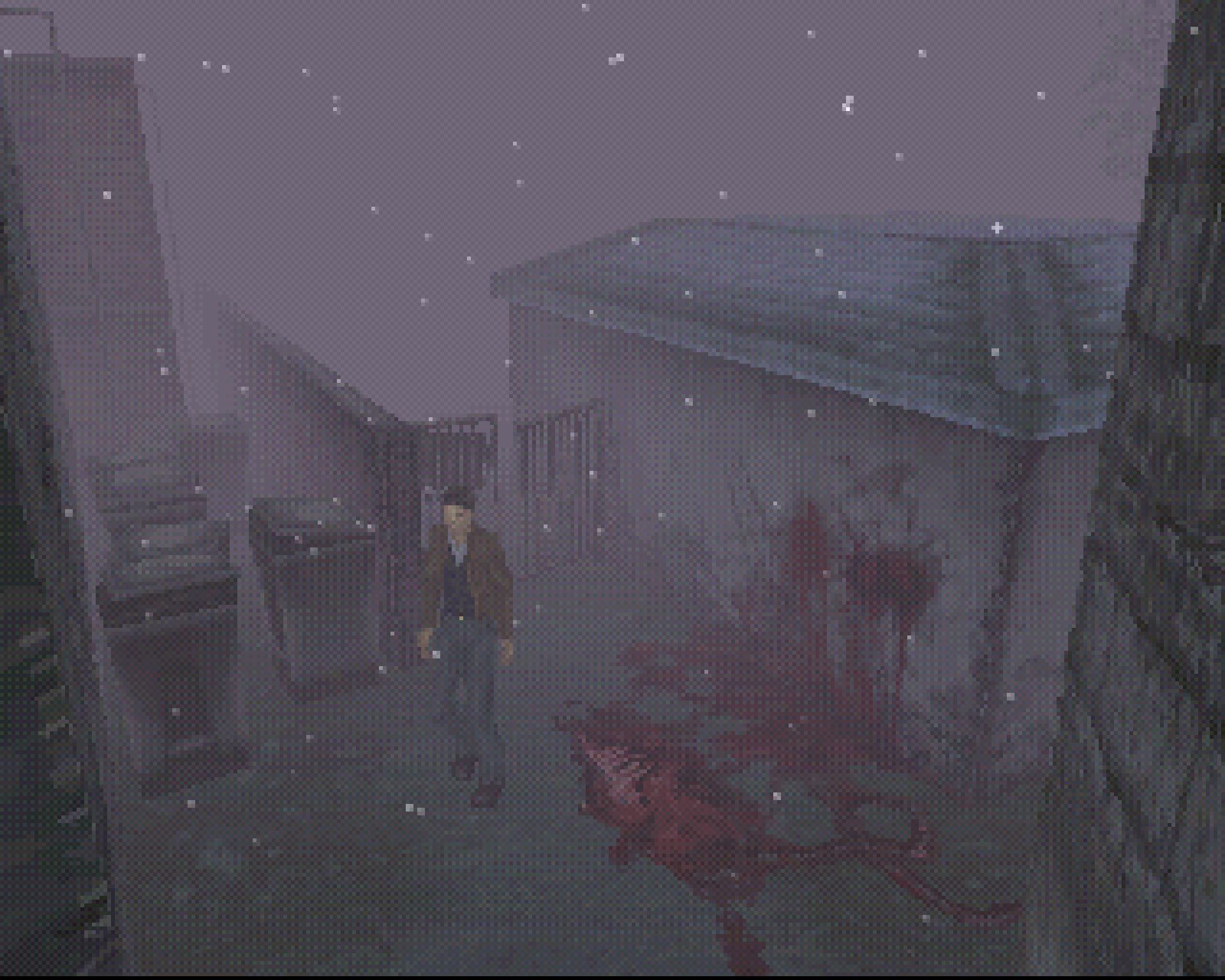 But it's not just a mere fictional town. It's hallowed ground for horror enthusiasts. The popular franchise completely revolutionized the way psychological terror incorporates itself into the more primitive jump scares and cheap pop-up tactics from worlds ago. Where most of the chills and thrills we found ourselves cowering from under cover of a heavy blanket in our bedrooms came from the sudden jolt of a hellhound busting through a window, shattering glass and our fleeting sense of safety, the cinematic horror of Silent Hill relied on something more sinister: the human psyche and the myriad of demons within. So why, then, has the series begun a slow descending spiral into the mundane over the past couple of years?

Its unique brand of psychological horror used in lieu of visceral horror completely altered the limits of what would eventually become acceptable in gaming, paving the way for wave of equally disturbing exercises in survival horror that valued an unsettling atmosphere over B-movie schlock. Silent Hill was a pioneer even when game critics judged it solely as a “slicker” Resident Evil clone, and even though it's never been a perfect monster, it has certainly been an indomitable one. There’s a light at the end of the tunnel, however, and while we’re seeing only glimmers in titles like P.T., the series has the potential to grow into its own once more. Perhaps a look to the past is required in order to understand where it’s been, where it’s at, and where it could go with the upcoming Silent Hills.

In the heyday of the original PlayStation, Resident Evil was king of the fledgling survival horror genre, or at least as far as 3D environments were concerned. While the prodigious Capcom classic was worth its weight in gold in terms of its shock factor and status as “go-to zombie classic,” it was very much a product of very American styled horror; big guns, tough guy heroes, and quite possibly one of the most iconic villains in history. Resident Evil was a gory, explosive success, but it lacked a certain something – aspects that no one had truly begun to explore just yet.

Enter Team Silent, the development team behind the franchise's starting point. After ownership of Konami had changed hands in 1996, the company looked to push a project that might find its niche amongst American consumers. Team Silent was formed from members of the Konami Computer Entertainment Tokyo studio, and attempts were made at putting a “Hollywood” slant on their future project so as to attract American audiences for their next big hit.

Team Silent went through a series of failed projects and ideas before deciding they would buck the self-imposed limitations set by the higher-ups at Konami, and finally settled on a cinematic project that would prey on players' perceptions and emotions. From a muddled group of developers who felt very much like the black sheep of their organization rose the game that would eventually be revealed at 1998's E3 as Silent Hill. Public interest and crowd response to the 3D rendering and models for the cast, as well as the unsettling cinematics only served as a booster for Team Silent, and with such a surprisingly favorable reaction Konami was prompted to treat this previously low-profile affair with much more care, allotting a considerably larger amount of resources to be used for the project they felt may actually become a success.

With a mishmash of cultural references such as David Lynch's erratic filmmaking and compose Angelo Badalamenti's musical motifs, the project quickly evolved into a melting pot of media oddities already enjoyed by the staff, with early versions referencing everything from Michael Crichton's The Lost World to Troma Studios producers. While there were changes and cuts made by American staff to alter these references, the influences are easily seen in the narrative that unfolds and especially within the multiple puzzles around the world of Silent Hill. And despite its refusal to conform to mainstream ideas in horror, it would begin making waves in the realm, whether it knew it or not. By the time Silent Hill released in 1999, it was already initiating a chain of events that would lead to a veritable renaissance in the game industry when it came to scaring the wits out of its patrons.

After battling with censors and a development crew who didn't always fully believe in their product, Silent Hill made its debut to mostly positive reactions. But despite the struggle to create an inherently different experience, most compared it to Resident Evil, which wasn't an unforeseen comparison, but parroted by most American reviewers who praised it for attempting something new and relatively unseen in the market. 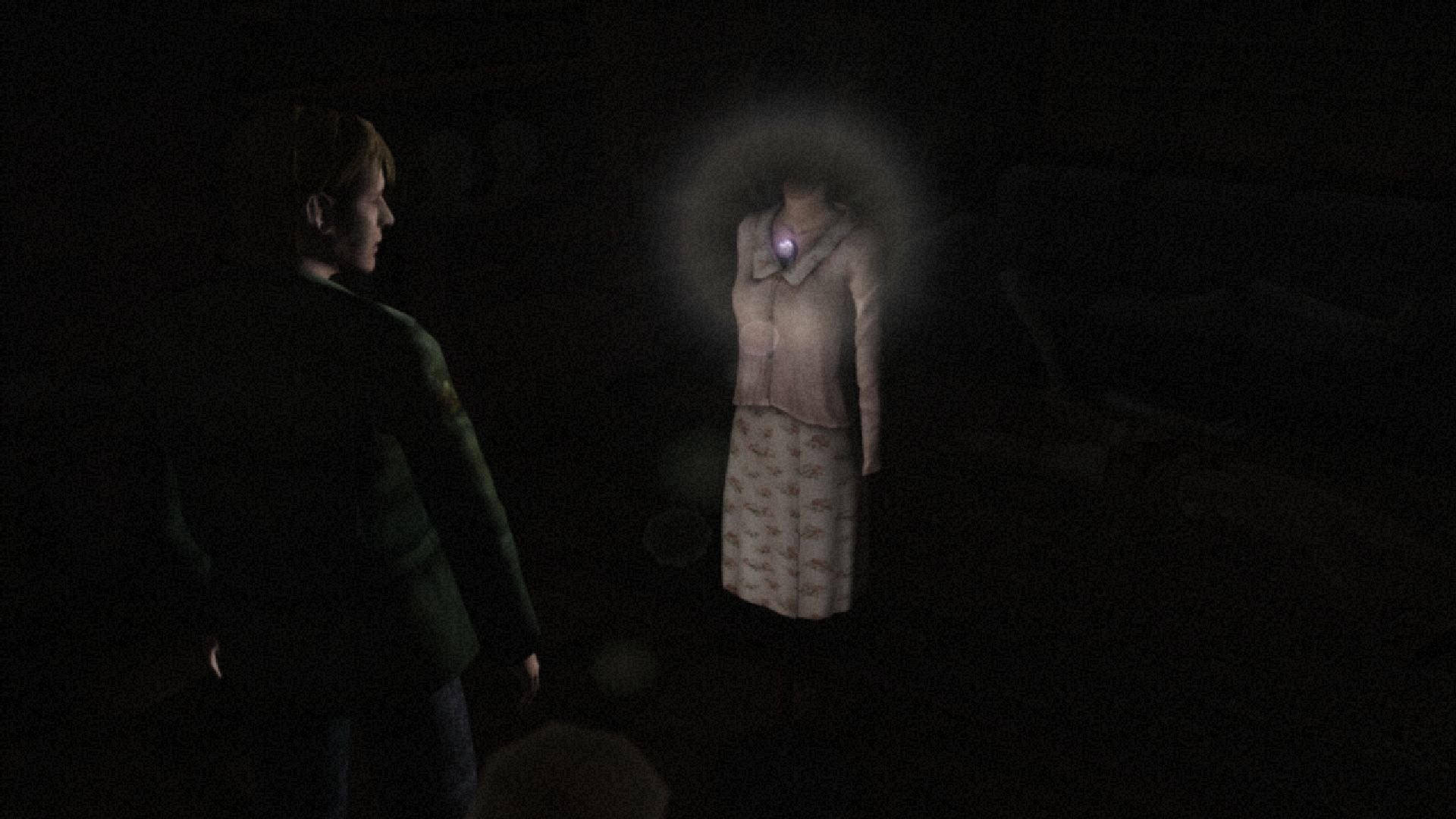 But the haze of fog veiling the creepy town, the usage of grinding industrial as a backdrop for the madness unfolding onscreen, and the cold, steely atmosphere invited naysayers in again for another look. The absence of in-your-face shockers or classic monsters seemed to both puzzle and captivate players, as well as the strange third-person controls that didn't always work the way you needed them to, but added a sense of urgency to an already unsettling atmosphere that didn't openly announce its intentions. Though the voice actors were criticized for lackluster performances, despite the outside references to other games, critics generally regarded Silent Hill as a triumph of psychological horror later on down the road. Although the ball didn't really get rolling until subsequent releases found the niche Team Silent originally meant to carve. The onslaught of disturbing mannequin-like creatures, psychotic nurses, and tales of death and rebirth would press on, through a whopping eight more installations, evolving and transforming with each subsequent entry.

Though the series itself has been in a state of flux over the years, stagnating in a Sonic the Hedgehog-like void and skipping over the series' conventional trappings, its fingerprint on subsequent horror releases is unmistakable. From muted tones to disturbing imagery used in lieu of big, bad zombies and vampires, it's clear other developers want to mimic the success Silent Hill found. Games like Condemned: Criminal Origins managed to weave a compelling detective story with truly disturbing backing musical tracks and darkness as a key element and driving force behind terrorizing players. Though technically it's a first-person shooter/action epic, you can't ignore the influences. 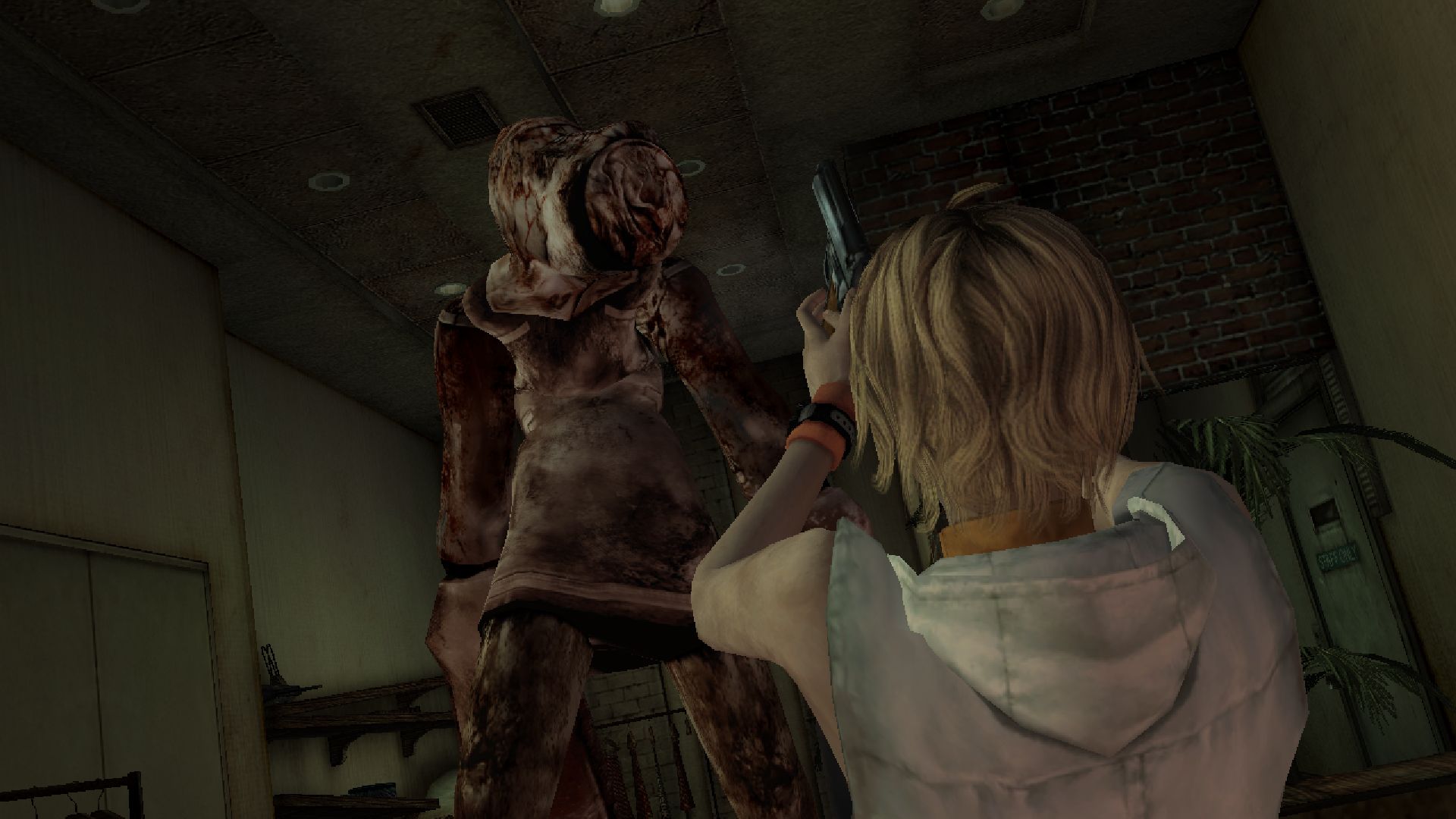 Rule of Rose borrowed heavily from the franchise with enemy types and combat engine, and most recently the terrifying PC horror opus Amnesia: The Dark Descent preyed on the fear of the unknown, toying with players' heads once more, introducing insanity effects and hideous monstrosities that wait in the dark, ready at any moment to pounce on the unsuspecting player. But no matter the game, if it involves dissolving reality into nothing and forcing players into maddening situations in which they question reality, Silent Hill perfected it, as far as video games are concerned.

With such a rich and virile history, it seems obvious that the strange tale of Silent Hill should march forward, retold and retooled into newer, even scarier versions of its past self, but it's unclear as to what's coming next. After leaving such a mark on gaming, perhaps the familiar frightener doesn't have to rely on newer, big-budget releases, and instead subsist off the classics spawned in its wake. Silent Hill: Homecoming and Silent Hill: Downpour were radical departures in production value and tone alike, and upcoming projects with different developers and different teams may well follow down the same path.

In part two of this retrospective-cum-future tale, we’ll explore the subsequent Silent Hill entries, their high and low points, and what that means for Hideo Kojima and Guillermo del Toro’s upcoming Silent Hills. In the meantime, you might want to stay away from the walls in case they start rusting or looking grimy.