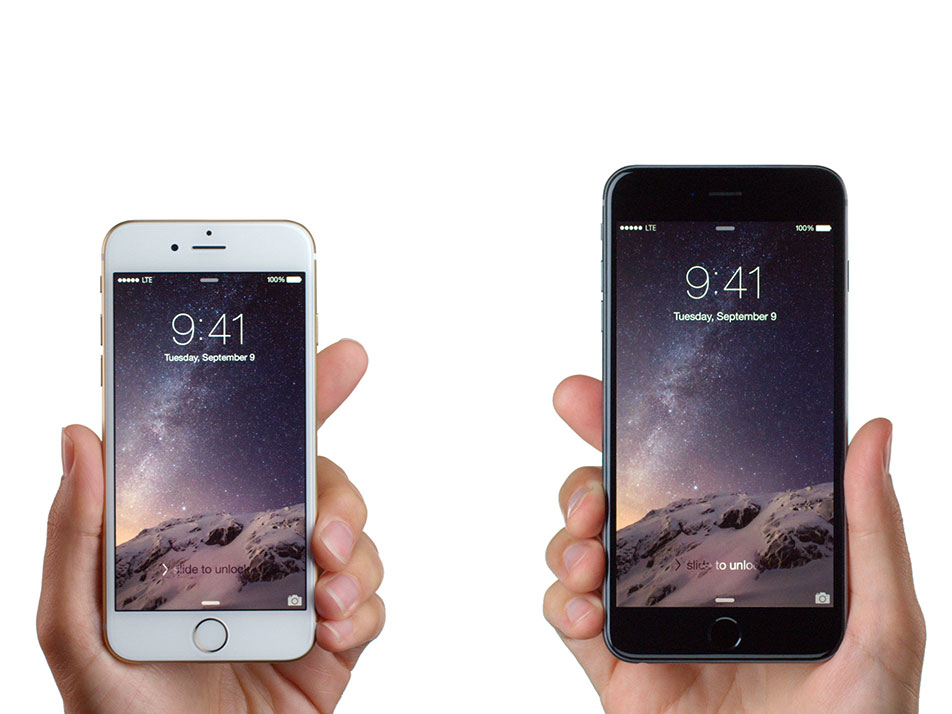 The new iPhone 6 and iPhone 6 Plus go beyond just improving their displays as both are powered by Apple’s new A8 chip, which is capable of providing up to 25% faster processing power and up to 50% faster graphics. They also have faster LTE connections than the iPhone 5s and, according to Apple, “has more LTE bands than any other smartphone.” Wi-Fi calling is also supported and 802.11ac helps make the iPhone 6 perform speeds up to three times faster than the iPhone 5s.

Apple knows how popular its iPhone is as a camera, which is why they’re including an 8MP iSight camera with a new sensor called Focus Pixels. Focus Pixels has the ability of determining how to direct the camera’s focus as well as how far to move the lens, which is also much better at detecting faces both in the foreground and background.