Gauntlet players won't have to wait too much longer to experience Arrowhead Studios' new take on the multiplayer action game, which closely emulates the original 80's games that inspired all the dungeon questing to begin with.

WB Games has announced that the game has been delayed slightly, this time set for a release on September 23rd. According to its press release, the additional time was "needed to fine-tune details in order to bring gamers an even more robust multiplayer experience."

In addition, the team at Arrowhead, along with WB, released a new trailer highlighting some of the gameplay aspects you can expect in the PC release, including how well players work together, as well as their individual talents. You can view it below.

Finally, if you're at PAX Prime this weekend, you'll be able to experience a special "The Gauntlet" tournament featuring a number of web superstars, including Nerdist's Jessica Chobot and IGN's Greg Miller, competing to see who is king or queen of the Gauntlet game. Fans are encouraged to check out the tourney, which will take place outside the Main Expo entrance in the South Hall.

Also, keep an eye out for the Gauntlet food truck, which will be circling the area of 9th and Pine during the four-day event this weekend. Because who doesn't want turkey legs and candy apples? 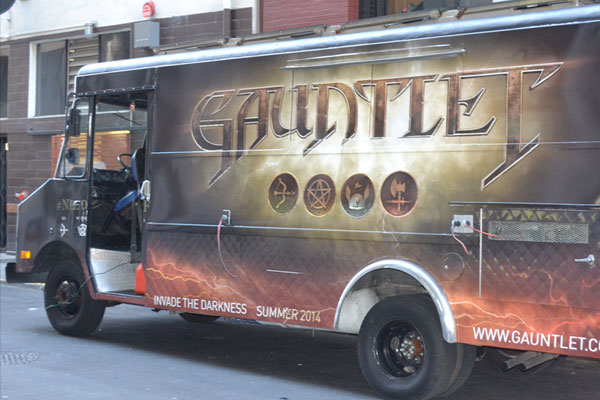