Disney Interactive has been making a number of additions to its Disney Infinity 2.0 roster, including last week's debut of Aladdin and Jasmine. It's not done yet, though, as the team has just added everyone's favorite attitude-laden duck to the line-up.

Donald Duck will now be a selectable character in Disney Infinity 2.0: Marvel Super Heroes, as players can pick up his figurine (sold separately) and include him in the action of the Toy Box, alongside other favorites, including Maleficent, Stitch and more.

Good ol' Donald is the second of Disney's "fab five" to be included in the game, and will bring every ounce of his fiery temper that he's known for. 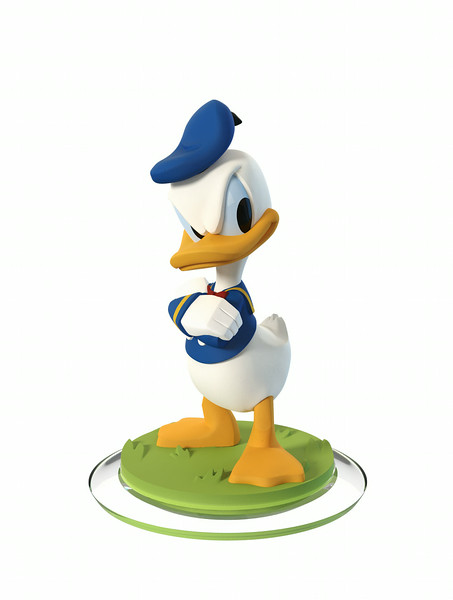 In addition, a Donald Duck themed Power Disc will also be available for Toy Box mode, and a separate All For One Power Disc will provide him a special Three Musketeers outfit. Ha, like anything can replace his sailor duds.

Donald Duck will be available later this fall, alongside the release of Disney Infinity 2.0 for Xbox One, Xbox 360, PlayStation 3, PlayStation 4 and Wii U. Check out the trailer here.