Disney Interactive announced the latest additions to its Disney Infinity 2.0: Marvel Super Heroes line-up today, and it's none other than Aladdin and Jasmine from the hit 90's movie, Disney's Aladdin.

In the Toy Box set, players will be able to literally build a whole new world, messing around with the elements of Agrabah and setting up a number of mini-games and events, however they see fit. As you can see, you can use a variety of transports to get around, including your friendly magic carpets, which you can unlock with the coordinating power disc.

Speaking of those, Aladdin-themed Power Discs will also be released alongside the set, including Jasmine's Palace View, The Sands of Agrabah, Aladdin's Magic Carpet and Rags To Riches. 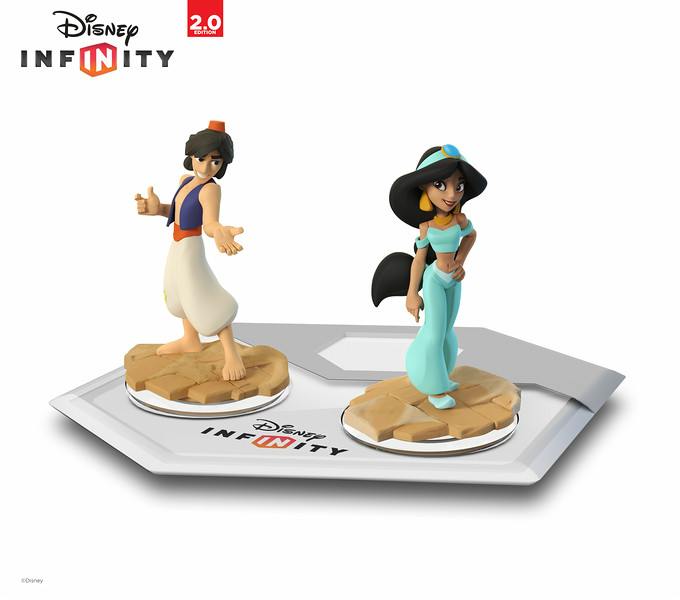 Aladdin will be available for play this fall with the playset, while Jasmine won't release until early 2015. The game itself will release in late September for Wii U, Xbox 360, Xbox One, PlayStation 3 and PlayStation 4. And you don't even have to waste any wishes.