Over the years, Travellers Tales has progressed quite fundamentally on its Lego titles, moving away from the basics that made Lego Star Wars and Lego Batman work so well and instead introducing more intricate worlds for players to explore (like in Lego Batman 2: DC Super Heroes and Lego Marvel Super Heroes), as well as various activities to keep players engaged (like being able to build large structures quickly in The Lego Movie Video Game). With Lego Batman 3: Beyond Gotham, the developer is looking to produce its grandest Lego production to date.

This time around, Batman and his fellow Justice League staffers (yes, including Aquaman and Superboy) not only have to contend with a vengeful Joker and Lex Luthor, who were defeated in Lego Batman 2, but also the rise of Brainiac, a galactically supercharged villain that wants to leave a wave of destruction that will require all the might the Dark Knight and his fellow heroes can muster. To battle him, the heroes must take to the outer reaches of space, where Brainiac calls his domain.

The game, which was on full display during San Diego Comic-Con last week, features a variety of similar elements from previous Lego games. Combat consists of rapidly punching enemies until they fall to pieces and, with some characters, launching projectiles that can hit certain targets on an objective marker, or strike enemies outside of melee range. However, this isn't just another "by the mold" Lego game, as there's a surprising amount of depth here. 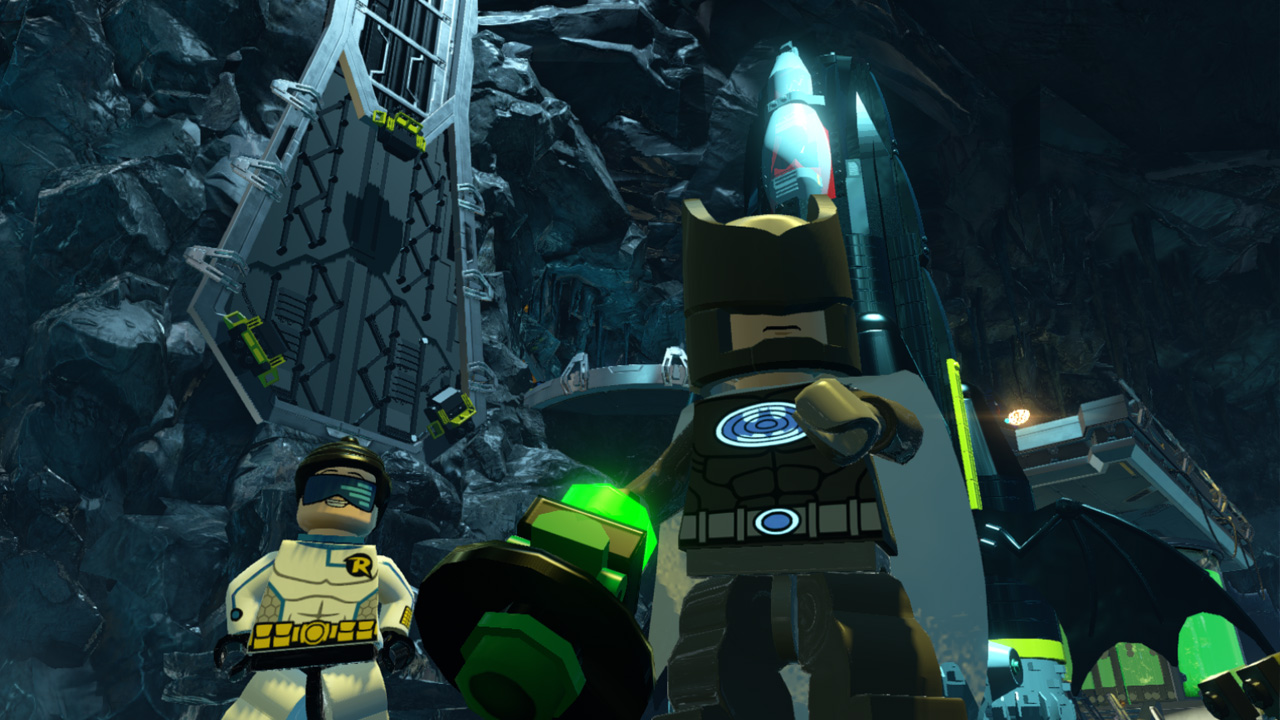 One level, for example, has you running around on a circular cylinder at a space station, dealing with Brainiac's cronies while trying to deactivate certain shields so you and your team can progress forward. It's here that you can choose from certain heroes that are most crucial for the mission, such as the Flash with his superhuman speed, or Cyborg with his multiple weapons.

As with previous Lego Batman games, particular heroes in the game can choose from various suits to help them out. However, you won't need to hunt them down as before. Instead, they unlock over the course of the game, serving a purpose that will help you push ahead. With Cyborg's Demolition suit, for example, you can fire missiles that latch onto moving targets, such as moving machinery and flying enemies. Most of these will come in handy over the course of the game.

Lego Batman 3: Beyond Gotham once again supports up to two players, with the screen able to divide so they don't have to stay in the same area. Although the effect can be a little disorienting as far as the dividing line goes (it moves around depending on where characters are on the screen), it's still suitable for parents and kids looking to play together.

This sequel isn't just limited to fighting action either. There's a stage in the game that's reminiscent to the classic Defender, a side-scrolling shooter where you shoot at Joker's incoming missiles before taking on the baddie himself in a gigantic helicopter. This is supported by two players as well, so bring a friend for some shooting fun.

In addition to the usual cavalcade of heroes and villains in the Lego Batman universe, Beyond Gotham will introduce the largest roster to date, featuring a number of oddities never introduced before. These include the somewhat whiny (yet powerful) Superboy and the incredibly odd Batcow. Yes, a cow with Bat wings. You're welcome. A variety of voiceover talents bring these characters to life, including Troy Baker (as Batman, even after he voiced the Joker in Batman: Arkham Origins) and Scott Porter.

Perhaps the real highlight, though, is the addition of a nostalgic touch within the game. The 60's Batman playset is being introduced in Beyond Gotham, complete with the "Thwack!" and "Biff!" effects during fighting. The original theme is included, along with the old-school Batmobile and villains. For good measure, Adam West has been brought in to voice his old character, along with himself in the game. Yes, Adam West can kick Lego butt as much as Aquaman, it seems.

Lego Batman 3: Beyond Gotham should be the biggest and best Lego game to date, with something to offer for comic book nuts and kids alike. We'll see how this Bat tale fares when it arrives later this year for Xbox One, PlayStation 4, Xbox 360, PlayStation 3, Wii U, PC, 3DS and PS Vita.