Summer Spotlight: The Wolf Among Us explores the dark side of Fabletown

The season finale of The Wolf Among Us wraps up the story of The Crooked Man... or does it? Our review called it a masterful tale, but how does it work as a prequel to the comic book series? Longtime Fables fans Steven Wong and Andrew Zucosky talk about what they think of the first season and how it measures up against the comics.

Steven Wong: So, as a fan of the Fables comic book series, I have some mixed feelings about The Wolf Among Us now that I've finished the first season. On the one hand, I love seeing how Fabletown was always a place tenuously held together. On the other hand, even though I know that the game focuses specifically on Bigby, Fables has always been an ensemble series. I kind of miss having multiple points of views and side stories. I also don't think moral choices were as strong as the ones that you find in The Walking Dead. I have some fairly unambiguous feelings about the difference between Law and Justice, so most of my decisions were based on how I felt about the characters. It turns out, some of your major decisions get canceled out anyway.

Andrew Zucosky: I loved seeing (most of) my favorite characters in motion especially characters that had smaller roles in the graphic novels. Its always nice seeing more of Bluebeard and seeing Collin in a different light than he is normally portrayed. I don't think this game was really about the big moral choices, if it were it would just be The Walking Dead wearing a different skin. I view The Wolf Among Us as a character spotlight on Bigby, who's has been wrestling with his self image since, well, forever. Why should he try to become a better man...wolf?

I agree with you that some of my decisions were based on my opinions of characters, instead of black and white morality. But I found myself holding back my brute strength when dealing with most problems. I didn't rip Gren's arm off and I didn't kill Tweedledee/dum, but I felt great beating the piss out of the Jersey Devil and Bloody Mary. It was a little disappointing seeing some of my choices canceled out, like the conclusion with Mr. Toad and Junior. Also the ending of the trail kind of left a bad taste in my mouth. As soon as I realized I had no physical evidence on the Crooked Man I knew something was going to show up at the last minute to save the day. And sure enough, the god crane came in the form of Nerissa. 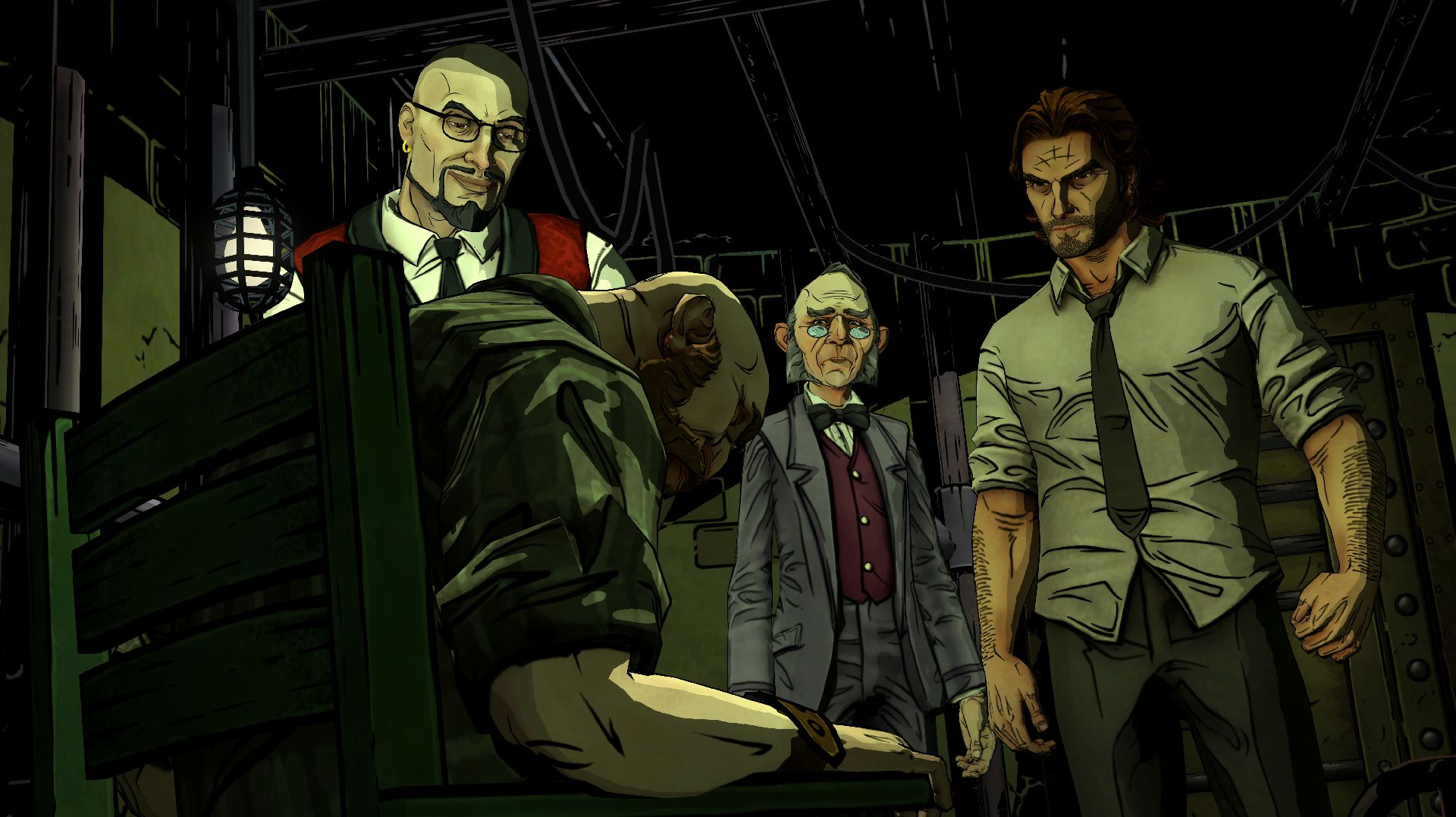 SW: I wonder if your good/bad wolf image comes back to haunt you in subsequent seasons. Although it might sound like a parody of the "You need me on that wall" scene from A Few Good Men, but the members of the Fabletown eventually end up not only appreciating Bigby's badass side, but they practically rely on it. He's the one who keeps order in Fabletown, and without enforcement of its laws, the place would quickly fall apart.

So, yes, Nerissa walks in and saves the day, but I don't think that should overshadow the bigger issue: evidence or no, is the Crooked Man necessarily a villain, or is he a product of Fabletown? Yes, his methods are brutal, he enslaves people, and he employs killer psychos like Bloody Mary to intimidate and eliminate his enemies. But at the same time, he only existed because Fabletown had a huge population of forgotten and disenfranchised. That's why I was so angry about Mr. Toad and Junior being sent up to The Farm. I went through the effort of employing the Old Lady and her magic tree to create cheap glamours and handed a big wad of cash over to Toad so he could buy a couple. I did all that to help break The Crooked Man's grip, but couldn't change anything. Also, what do you think was up with the big season finale ending?

AZ: As much as I was sad to see Mr. Toad and Junior go to the Farm, I thought the ending perfectly described the problems that Fabletown faces every day. The entire game we saw first hand how Fabletown is barely surviving, and how the rules implemented in the community clearly don't work. Both Snow White and Bigby ranted about reform and fair treatment of Fables for now on. But here is Mr. Toad and Junior on their way to the Farm, with Colin still sitting in my apartment. Was anything really resolved in my game? Does this problem ever get resolved in the Fables series?

More questions rise up after the discussion between Bigby and Narissa, it seems that I played right into her hands. But how? Narissa is a siren so maybe I was being controlled, or maybe I was just manipulated the old fashioned way. Is Narissa working alone, or does this go further? The ending sets up a lot of potential content for more seasons and I think the games will follow a similar path of the graphic novels. The first volume was a simple murder mystery and eventually grew larger in scope with each volume after. I think next season we will see more of the Farm and more of the Fableverse and the consequences of the choices that we, the players, made. 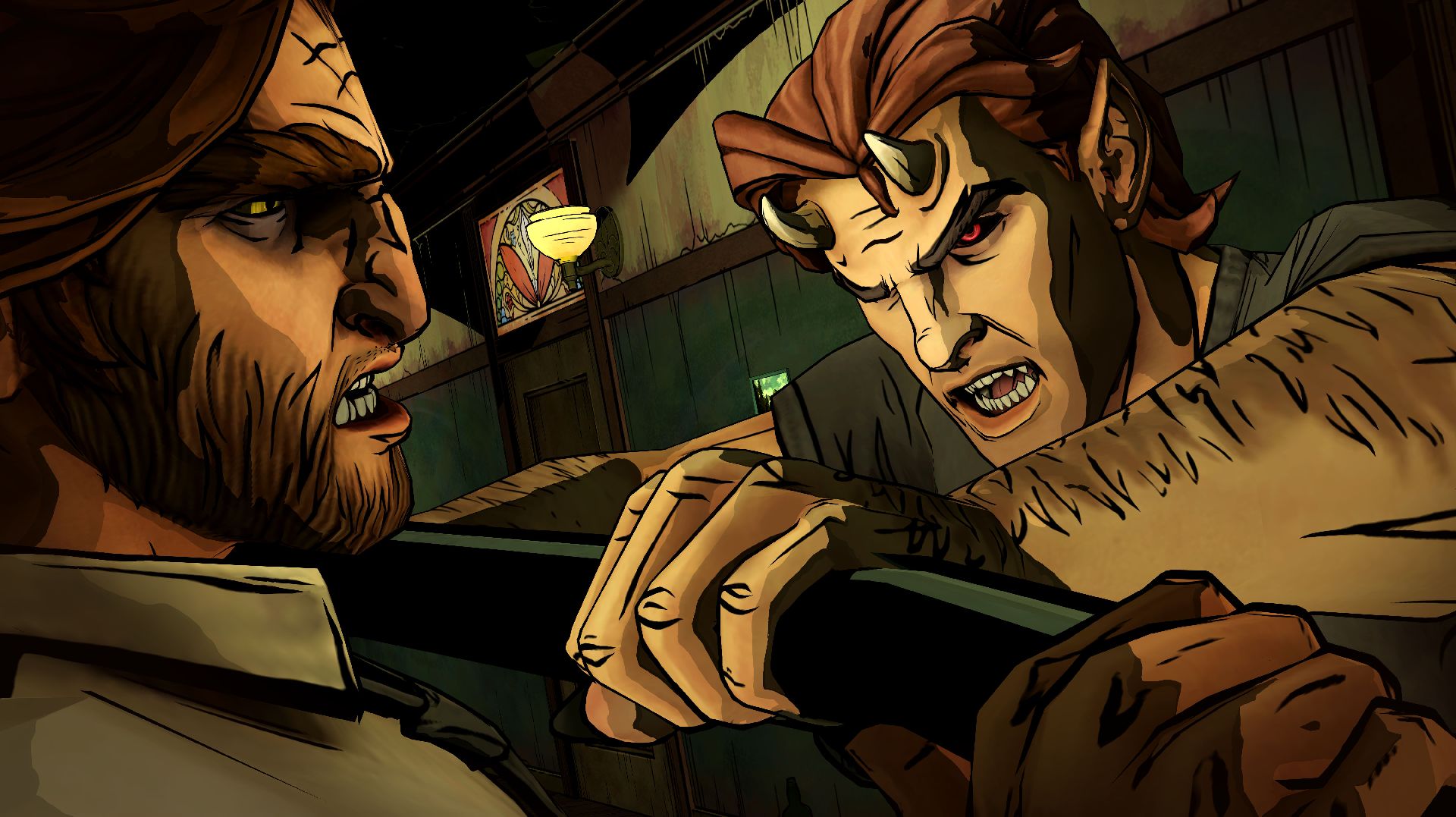 SW: I'd qualify Mr. Dark as an authentic villain. Also, I'm sorry, but being a lonely control-freak is not enough justification for organized multiverse genocide. The Adversary is definitely a villain. Baba Yaga, Hansel, and The Snow Queen also clearly fall (or fell) into a villainous category, despite their motivations. Sure, there are characters like Bigby who kind of tread a grey line, and those that are morally ambiguous, but there are characters that revel in chaos, destruction, and death.

Maybe that's another reason I was rather disappointed with The Wolf Among Us. The fight with Bloody Mary was a click-fest. The "duel of wits" against the Crooked Man was talk-fest that ultimately went nowhere. Unless there's a power that goes even higher up, The Crooked Man is pretty tame in comparison to a lot of the masterminds in the comic. He might as well be a mundy with a torture device fetish, for all the power he wields. Yeah, I get that he's supposed to be a test of whether you've decided that Bigby is more wild wolf than tame human, or what interests of Fabletown you represent the most, but it's the season finale. Let's blow something up. I'm pretty sure all of this is building a foundation for upcoming seasons, but it's a video game, not a comic book. We'll have to wait at least at least three or four months for the next season to premiere, and who knows how long after that to see if anything we did impacted life in Fabletown.

Perhaps I could have gotten over that if my major decisions actually meant anything, which is supposed to be the mainstay of these Telltale episodic games. I realize that having a glamour to fit into the mundy world is a persistent problem that continues far into the comic book series, but in the very least I thought I had a temporary solution. Why bother saving the Old Lady's magic tree, or giving Mr. Toad the money he needs, if all it ultimately leads to the same fate? There isn't even any rationale or justification. Just Snow White cryptically saying, "No. Now pack your things and head to the Farm." They could have said anything. The tree glamours don't last, or they give Fables severe vertigo, or the tree can't grow fast enough to meet demand. Anything. As a player, if I don't get a sense that I'm making a difference on a small scale, and nothing I do matters, how am I supposed to care about the big picture or how things will pan out later on? 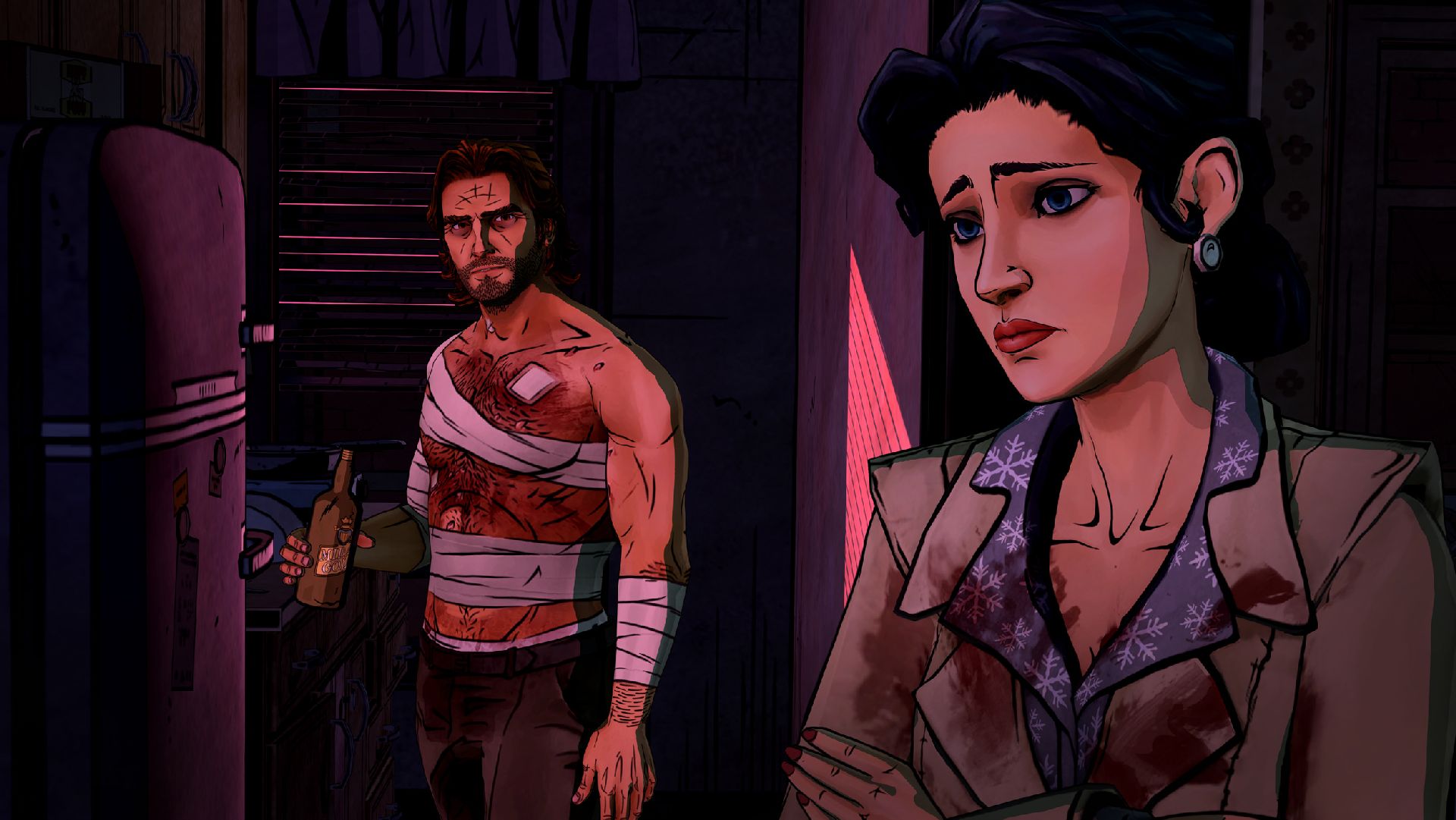 My love of Addams Family quotes aside, I am not going to defend the actions of the Adversary, Hansel, hell or even Totenkinder. I just think they are more complex than the average Saturday morning cartoon villain with a curly mustache. I do think each character in the Fableverse are just different shades of grey (well...Flycatcher and Boy Blue are probably off white).

I have been asking myself this question a lot too, how will things pan out later on? Or more specifically, does any of this matter? The Wolf Among Us is a prequel to the graphic novel series. So regardless of what happens, in the end the game must meet the status quo of the first volume. And the status quo of "Legends in Exile" was pretty much the same as where The Wolf Among Us started off, glamours are expensive, Fables are treated like garbage, and Snow and Bigby barely have control of the situation. Unless the new seasons become more than prequels to the series, we won't see any drastic or significant changes. Which is a bummer, but I look at this game as an insight into Bigby and his struggle of maintaining his ferocity in Fabletown. However, I do think that there needs to be more to these games, we can only see Bigby walking around deciding whether to snap a neck or not so many times before it gets dull.

SW: There definitely needs to be a Season 1.5 side-story, like in the comic books. You reading me, Telltale? Make it happen!