Disney Infinity 2.0 is primarily focused on Marvel heroes, giving the studio a chance to bank on the wild popularity of characters like The Avengers as well as introduce up-and-coming franchises. Of course, it still has "Disney" in the name, so naturally some of its famed cartoon characters will be making appearances as well. 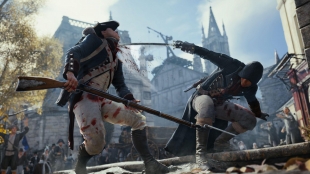 Last year, Ubisoft had an immense presence at San Diego Comic-Con, not only bringing a huge pirate ship filled with party people, but also a bunch of games for good measure. This year's showcase is no exception, as the publisher has promised to bring plenty of excitement this year…including an obstacle course!

Adam West to appear in Lego Batman 3: Beyond Gotham 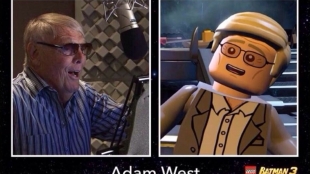 Evildoers, beware! Adam West is stepping out of Mayor mode long enough to return to Batman form. Well, as himself, anyway. WB Games recently announced that the actor, who appeared as the Caped Crusader in the 60's Batman TV series, will appear as himself in the upcoming video game Lego Batman 3: Beyond Gotham, which will arrive later this year.

Can a Hearthstone player graduate to Magic 2015? Part 1

It's a testament to the enduring legacy of Magic: The Gathering that I remember being fascinated by it as far back as 1994. At tabletops during indoor recess, I would watch my friends with rapt attention as they broke out their decks and took part in tournaments that could last days. Interested as I was, though, I never got into it personally. I was a spectator, not a participant, and even the digital Planeswalker games didn't win me over. I understood the basic mechanics, but I always struggled with grasping the intricacies.

Twitch taking action against over 7.5 million accounts suspected of botting