Halo: Spartan Assault--the first official Halo game on PC in eons--shipped without any support for Xbox 360 controllers. It was an especially odd decision, given that the game was a twin-stick shooter. That glaring oversight is being addressed in a new title update coming August 29th.

Dubbed "Operation Hydra," the free update not only adds support for wired Xbox 360 controllers, but it also adds five new missions to the Windows 8 game.

"Rejoin Spartan Sarah Palmer as you intercept a haunting alien signal after the destruction of planet Draetheus V, and follow the signal to the core of the planet's moon where you'll discover its terrifying source. Fight with Palmer and embark on a series of new missions and new environments as you try to unravel a mystery that hits surprisingly close to home," Microsoft's official PR reads.

The update also does away with the pesky microtransactions of the original game. Now, you'll be able to buy power weapons with in-game XP, if you so wish.

If you're curious about this Halo spin-off game, but don't want to drop money on the Windows Store quite yet, a free demo will also be available on August 30th. 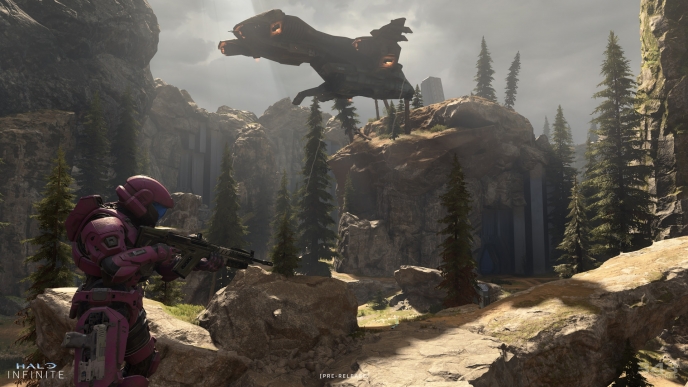