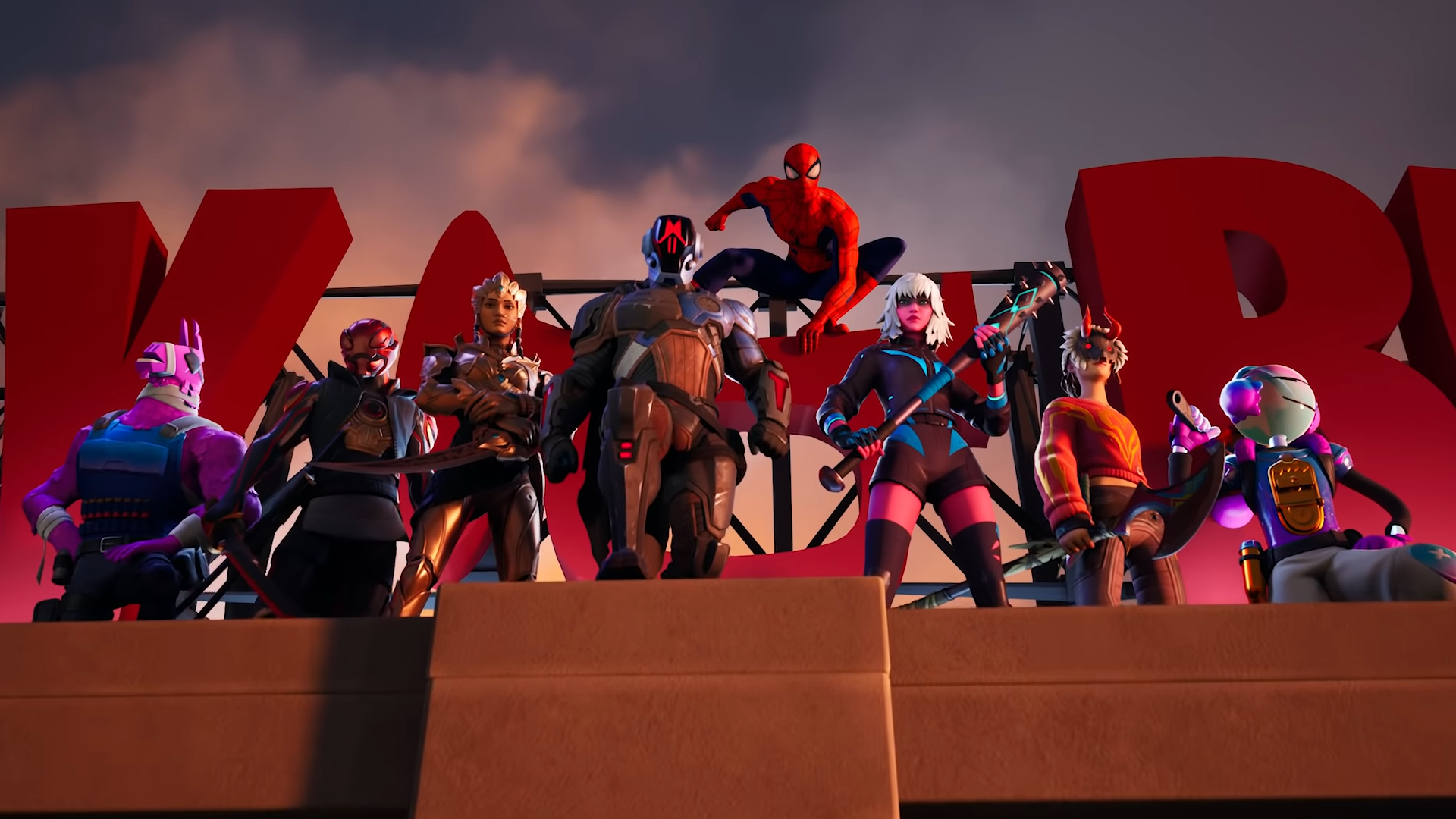 Fortnite Chapter 2 ended with an epic event that included Dwayne “The Rock” Johnson and saw Battle Royale Island get flipped over. Chapter 3 has kicked off with a new map as well as a Battle Pass with a fresh slate of cosmetics to unlock. One of the characters featured in the latest Fortnite Battle Pass is none other than Spider-Man himself.

Fortnite’s Spider-Man content doesn’t stop there. On the final page of the Battle Pass, players can unlock the Symbiote Suit, commonly referred to as the “Black Suit Spider-Man.” Players can hang from the ceiling with the Neighborly Hang Emote, which is also featured on the Battle Pass’ final page. Further cosmetics include the Webslinger weapon and vehicle Wrap, the Wallopin’ Web Hammer Pickaxe, and the Web-Chute Glider.

With events for MCU movies and an entire Marvel-themed season in the books, Spider-Man was one of the last tentpole comic book characters that were yet to make their way to Fortnite. What’s interesting is that it doesn’t look like Epic Games and Marvel are done just yet. The Fortnite website says to “Look out for new Spideys (plus a few friends and foes) dropping into the Item Shop throughout the season.” With the release of Spider-Man: No Way Home right around the corner, we could potentially be gearing up for the likes of Green Goblin, Doc-Ock, and even past Spider-Men as playable characters in Fortnite.