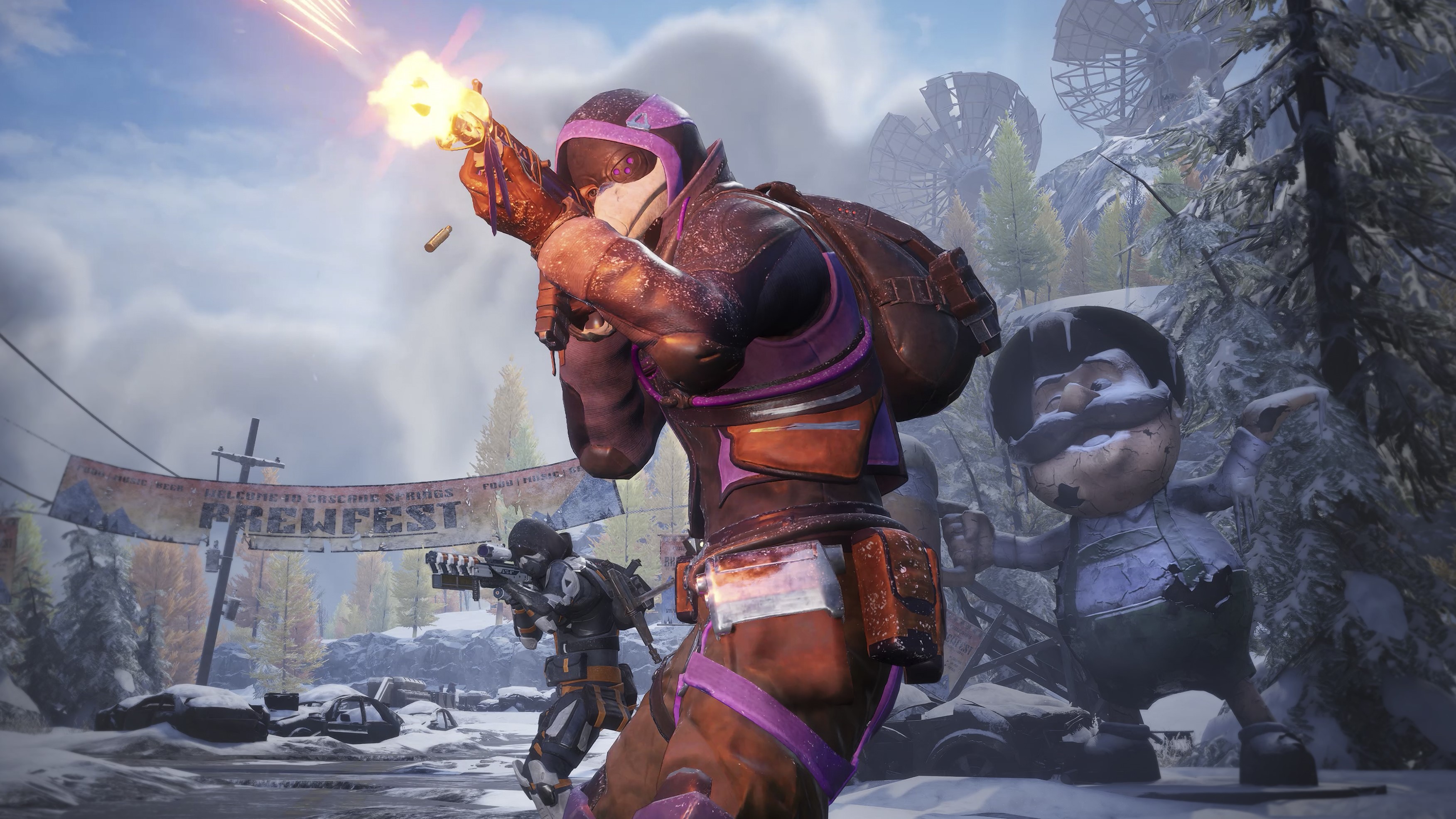 When Scavengers went into Steam Early Access back in April of this year, players got to experience Midwinter’s spin on the survival/battle royale genre. Instead of fighting to be the last man standing, players were tasked with collecting and successfully extracting the most Data Points. In addition to other players, NPC adversaries and extreme weather conditions also serve as major hurdles in Scavengers. Midwinter Entertainment has just announced the second season for the game, Winter’s Fury. I had the chance to play an early build of Scavengers: Winter’s Fury alongside some of the developers at Midwinter.

Scavengers: Winter’s Fury adds a lot to the game on the cosmetic and gameplay side. This season delivers Scavengers’ first major Battle Pass, which will allow players to collect up to 90 exclusive rewards over the course of the season. The biggest addition in Winter’s Fury, however, is a Rin, a new playable explorer.

A Seoul native, Ha-Rin is an explorer that’s into chemistry and engineering. This love for chemistry influences how Rin plays in-game. Rin is equipped with a smoke screen that releases a massive cloud of magenta smoke. The smoke can obscure enemy vision, and the nanobots within it will deplete their stamina. While playing as Rin, I used the smoke screen to get out of unfavorable situations and give me and my teammates the chance to reposition. It also helped to provide some brief cover when reviving a teammate.

Like all of the other Explorers in Scavengers, Rin has a signature weapon that she can build once she reaches a high enough level during a match. The Shin-48 is an assault rifle that’s most deadly at medium and long ranges. I found it useful for keeping both Scourge and player-controlled enemies at bay.

Midwinter Entertainment is using the feedback they’ve gotten from players to make some tweaks to the gameplay in Scavengers as well. The Winter’s Fury update will implement a feature that the developers call “Fog of War.” As the game currently stands, players can use their map to get a full survey of the entire map. They can see objective points and different stashes, among many other things. Fog of War will change that, by only letting players see what’s immediately around them.

The developers explained to me that this would help amplify the “survival” aspect of Scavengers. Before, players could see when enemy players were attacking an objective on the map, and flock towards them. Taking away that information will force players to be a bit more thoughtful about their map rotations and behavior. Fog of War will be implemented into Scavengers alongside the launch of Winter’s Fury.

There’s also a couple of new items and creatures being added to Scavengers with its latest season. The Bait Bomb is a new item that players will be able to find when exploring that offers them a tactical advantage. Once thrown, the Bait Bomb will summon a horde of Scourge to its location. This could be used to cause a distraction, or cause a group of enemies to descend on a squad of unsuspecting players.

During their adventures through the tundra, players will also encounter a new boss in Scavengers: Winter’s Fury. The Bulwark is a hulking creature that packs dual-shields and heavy armor. Players will have to go all-out to take this foe down and score some delicious loot during a match.

Scavengers: Winter’s Fury will begin on September 15, 2021, and adds a slew of new features and gameplay options to the online survival game. As the game continues its run in early access, Midwinter Entertainment is using feedback and data from players to tune the Scavengers experience, and Winter’s Fury is representative of those efforts.