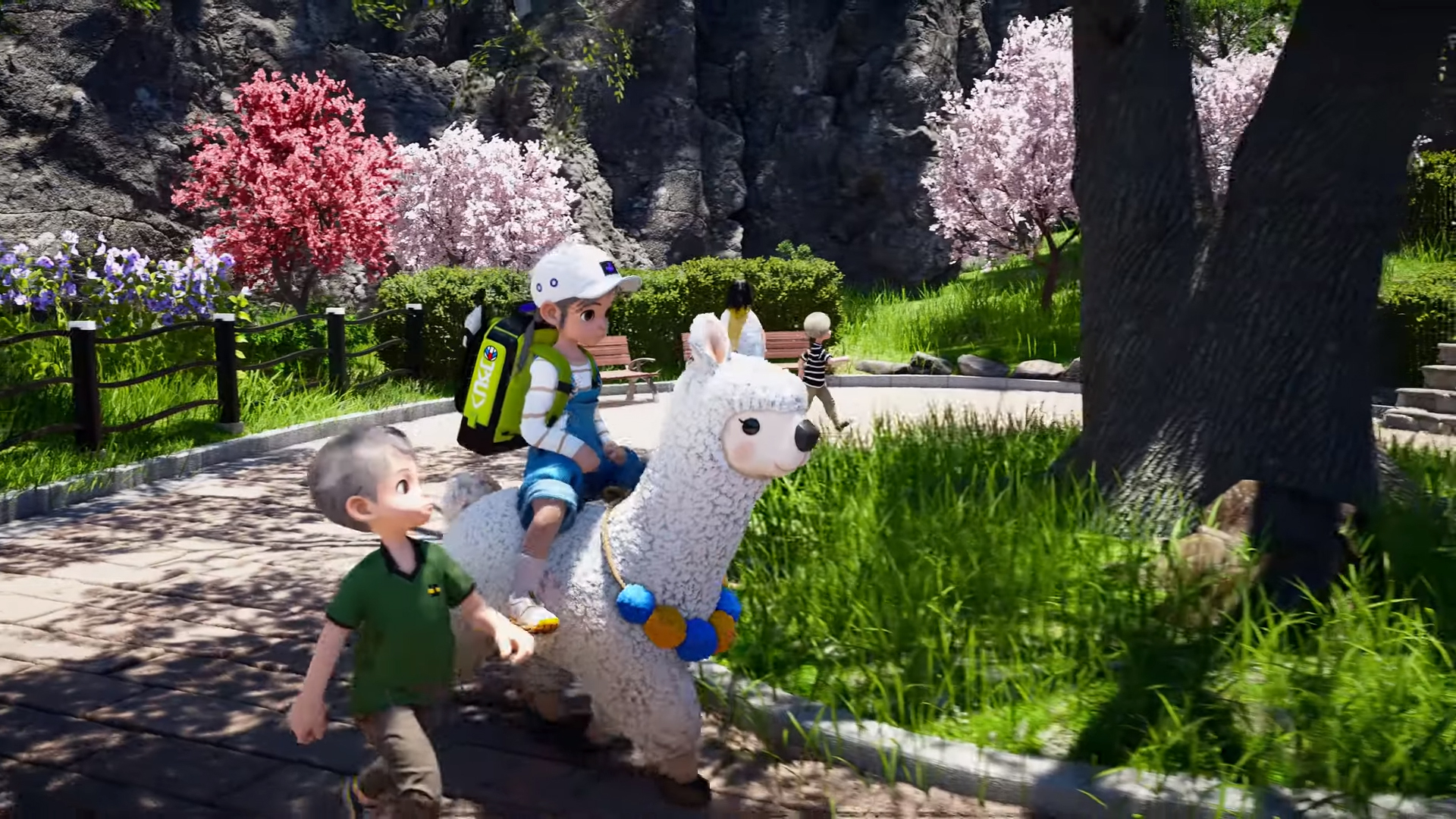 What song is playing in the DokeV trailer?

Gamescom Opening Night Live featured updates on several titles we already knew about, as well as reveals for brand new games. One of these games was DokeV, an open-world creature-collecting game similar in style to Pokemon. The announcement trailer charmed viewers with cute visuals, interesting locations, and a catchy theme song. On that last note, many walked away wondering what the song was that played during the DokeV trailer.

What song is playing in the DokeV trailer?

The song that plays during the DokeV trailer is called “Rockstar.” It’s performed by GALACTIKA and Luena. The developers at Pearl Abyss also played around in the creation of the song. It’s an upbeat, catchy tune that was made specifically for DokeV. It fits in perfectly with the reveal trailer and was one of the biggest takeaways following Gamescom Opening Night Live.

Rockstar is not currently available on Spotify or Apple Music, or any similar streaming services, but it could make its way in the future. That said, Pearl Abyss has uploaded the song to YouTube for your listening pleasure. They’ve even included the lyrics, so you can sing along if you’d like. In addition to the standard version of the song, there’s also a Rockstar remix. Both the original version of the song and the remix can be downloaded from the DokeV website.

The song you heard in the DokeV announcement trailer was “Rockstar,” a song made by real-world musicians as well as the development studio. For more on the newly announced game, be sure to check out our DokeV topic page.