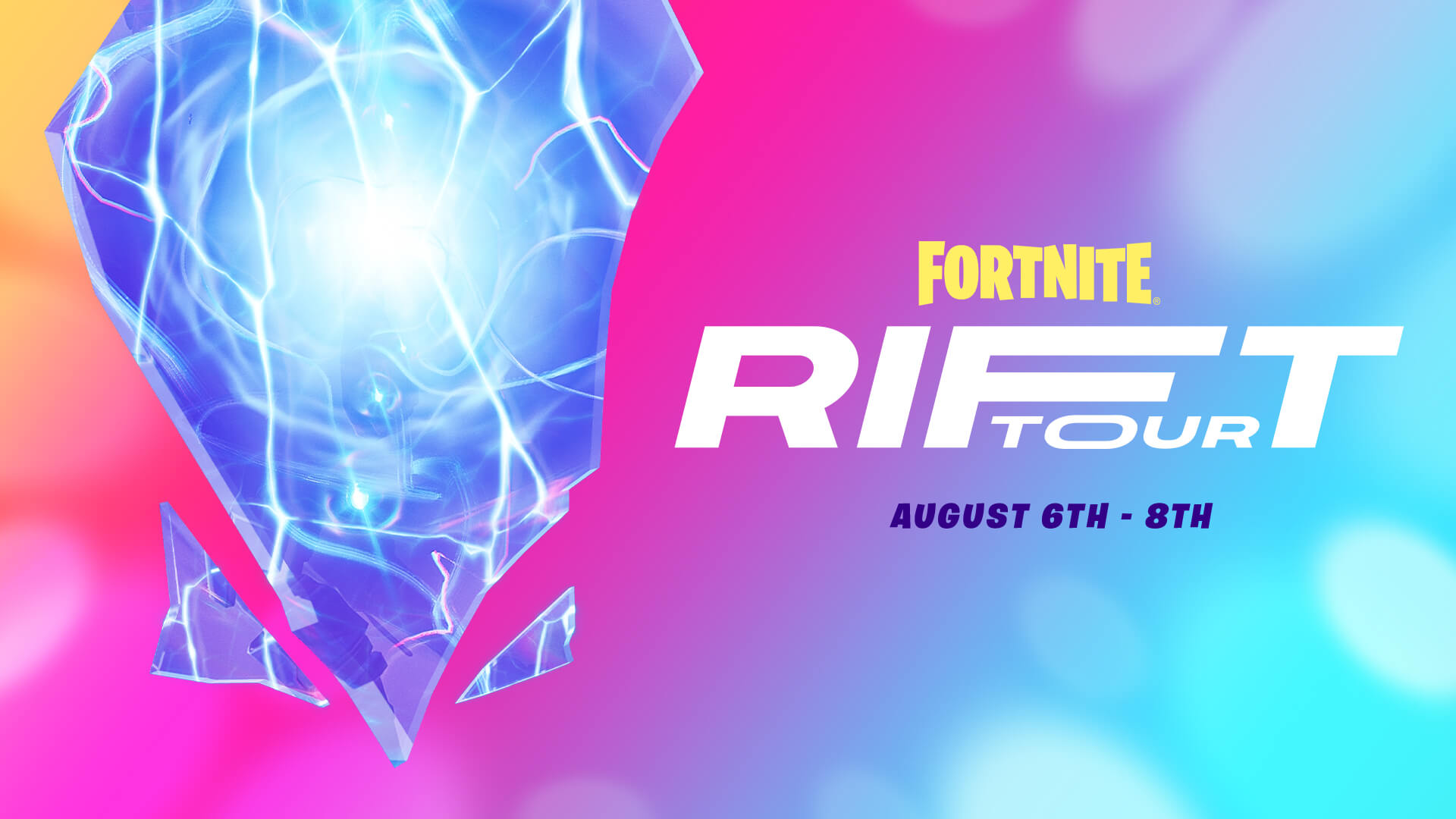 Fortnite has become far more than a battle royale. It’s a social hub, advertisement platform, and most interestingly, a concert venue. We’ve seen a number of real-life artists take the digital stage at Party Royale in order to perform music within Fortnite, and it looks like we’ll be getting another one soon. Epic Games has announced the Fortnite Rift Tour, a set of musical performances set to take place in early August. What’s more, the company is teasing a “record-breaking” superstar will be involved.

Epic Games announced the Fortnite Rift Tour with a post to its official website. Taking place from August 6-8, the Rift Tour will feature five different showtimes. In case you miss the initial show, there will be opportunities to catch it before it concludes altogether. As the title would imply, this event envisions some sort of alternate dimension, one “where Fortnite and a record-breaking superstar collide.”

Ahead of Rift Tour, players can begin to start unlocking exclusive rewards as of today. New quests are available in the game from now until August 8. These rewards include the Cosmic Cuddles loading screen, the Rift-sterpiece Spray, and Cloudy Kitty emoticon. There’s even a Rift Tour tab that players can access from the lobby menu. Here, they can select which showtimes they’d like to attend in order to be reminded before the event starts. Epic Games is expecting this to be a big one, as they advise players to load into the game a full 60 minutes before showtime.

Now as for who this “record-breaking superstar” is, Epic Games is keeping its lips sealed for now. However, several rumors suggest that it will be none other than pop star Ariana Grande performing on the virtual stage within Fortnite next week. We’ll have to wait a few more days until more concrete details on the Fortnite Rift Tour come out.