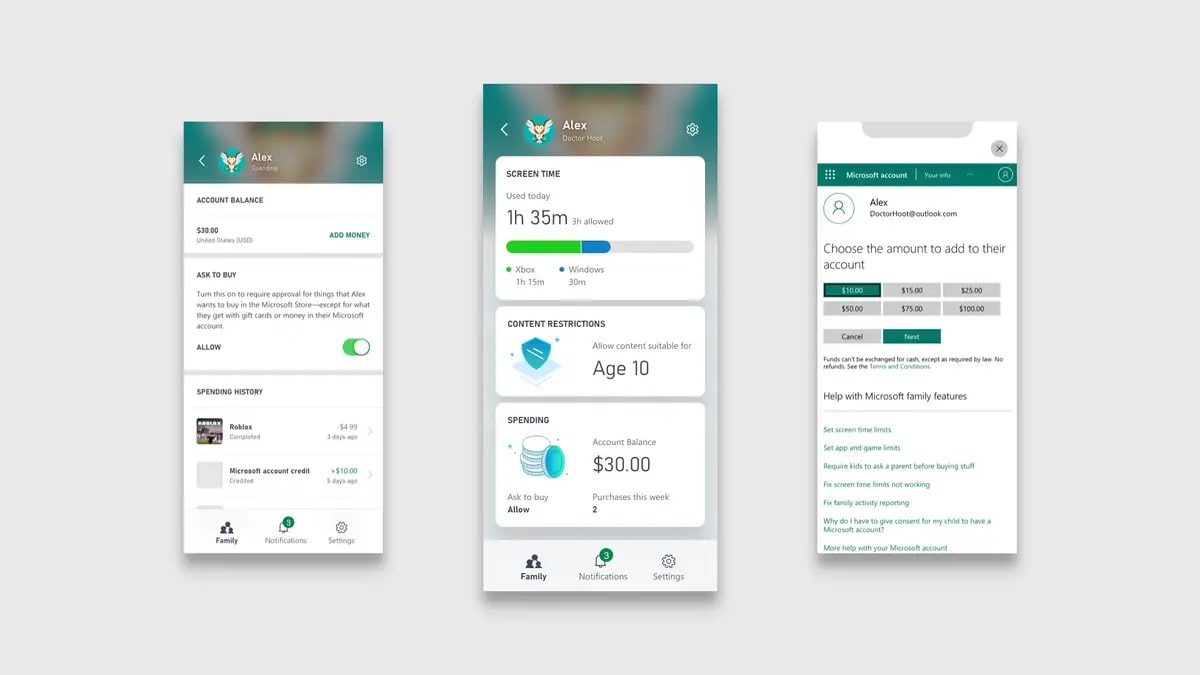 Xbox Family Settings have been around for a while and are a good means for parents and legal guardians to filter what sort of content their children are engaging with, without having to watch over them constantly. Available features include the ability to restrict games based on rating, as well as communication with other players. Now, the program is putting more power in the hands of parents, as a new Xbox Family Settings update will allow them to limit a child’s purchases of microtransactions.

A new post was made to Xbox Wire to announce an upcoming update to the Xbox Family Settings App. Focused on account spending, this new update will allow parents to limit how their children spend funds on Xbox platforms. This includes limiting how much they can spend on Microtransactions.

Parents can manage their children’s spending by adding money to their account directly from the app – you decide how much is approved for your child to spend. The funds you decide to add to your child’s account can apply to any purchase, including games, in-game purchases like skins, and apps.

Parents will be able to use the Xbox Family Settings App to give their child a balance, dictating exactly how much money they are allowed to spend on games and in-app purchases (microtransactions). With how so many modern games use microtransactions as their core business model, ill-advised spending on microtransactions has become an increasing issue for parents and guardians. This new update will hopefully ease those concerns.

The new Xbox Family Settings update will allow parents to limit spending on games and microtransactions and is in preview now. For more on what’s new with the Xbox platform, stick with Shacknews.