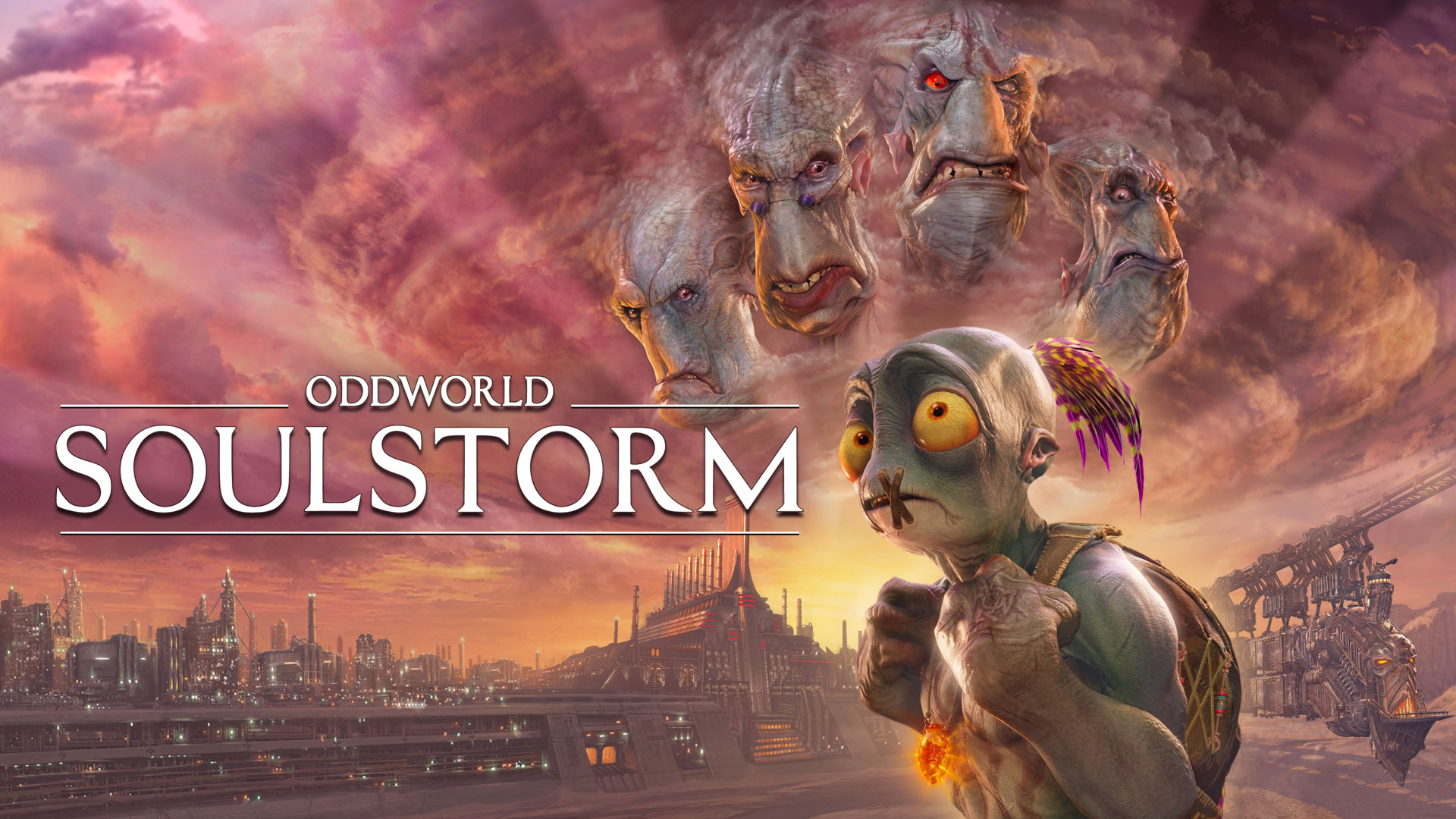 As stated by the developer’s themselves, 1998’s Oddworld: Abe's Exoddus was a bit of a rushed game, hitting shelves just nine short months after its predecessor. Knowing this, it must have felt vindicating for the team to take a second crack at those ideas with Oddworld: Soulstorm. Soulstorm reimagines Abe’s Exoddus and expands upon it greatly in a beautiful new way.

Oddworld: Soulstorm follows the story of Abe, an unlikely hero who becomes the face of a revolution. After making a horrible discovery about what’s being done to his people, Abe knows that he must do everything in his power to free his fellow Mudokons from what’s going on at RuptureFarms.

It’s a story full of heart, and with a lot of unexpected charm. Abe is your “every man” that’s hard to root against, and the work done with his backstory really gives him an interesting and satisfying character arc. Playing through Oddworld: Soulstorm not only made me want to go back and play through the classic titles, but it got me excited for whatever the developer's come up with next.

Get with the systems

Oddworld: Soulstorm features a number of different systems for players to harness as they make their way through the story. This includes water bottles and brew bottles, which are used to extinguish flames or set the terrain on fire, respectively. Throughout the journey, players will find Mudokons, members of Abe’s race of which he must save. Levels grade you based on how many Mudokons you save/kill.

The Mudokons also factor into gameplay, as they work as temporary allies to the player. They can be used to solve puzzles, assist in combat, or just be meat shields, really. While I thought the puzzle-solving aspects of the Mudokons was pretty cool, their poor AI was really highlighted during combat sequences. In a lot of cases, they would only follow directions for a short while, if at all. There were also plenty of instances where they’d just stand there until they got killed. It’s just one example of my biggest issue with Oddworld: Soulstorm - bugs.

From the opening mission, I could tell that there was a good deal of bugs in Oddworld: Soulstorm. While in most cases I can overlook a harmless bug, some of the ones featured in Soulstorm are progress-halting. One specific bug that I can recall simply froze my character in place when I was running into a corner. There was no way to regain movement, and I had to reload from my most recent checkpoint. As with any other game, I learned to live with the bugs, but that didn’t stop them from dampening the experience.

Platforming is also a large component of the gameplay in Oddworld: Soulstorm. From swinging on monkey bars, to timing jumps as to not fall to certain death, it’s an integral part of the adventure. I really enjoyed the platforming, as it always felt fluid and consistent. In many cases, I got into a rhythm where I was just zooming through a level, leaping over burning structures and avoiding enemy fire.

Playing on PS5, Oddworld: Soulstorm takes full advantage of the DualSense controller. You receive vibration feedback when hit, taking a hard fall, or in other similar situations. When you’re in highly stressful situations, the controller will continuously vibrate to simulate Abe’s heart beating faster, which is a really nice touch. It’s another component that helps drive home the immersion in Oddworld: Soulstorm.

While Oddworld: Soulstorm is still very much a 2D platformer, the developers do an excellent job at dressing up and detailing the 3D environments. In the backdrops, you’ll see ships flying, people fighting, machines operating, and much more. It makes the game feel like a living world. Although I can’t deviate too far from the horizontal path, it feels like I totally could at any time.

I also really liked how the developer uses the camera to create a cinematic effect in Oddworld: Soulstorm. While moving throughout a level, the camera will rotate, turn, and swap to unique angles to further immerse the player in the action. It made me feel like I was moving around a large and open space, despite the playing field being two-dimensional.

Out of the storm

Oddworld: Soulstorm is an excellent adventure game and platformer, with cool mechanics that keep gameplay fresh. The environments are stunning, and the 2.9D animation makes the world feel three-dimensional and lived-in. Only held back by a slew of bugs, Oddworld: Soulstorm is a great installment in a classic franchise.

This review is based on a digital PS5 download. Oddworld: Soulstorm is available now on PS4, PS5, and PC for $49.99