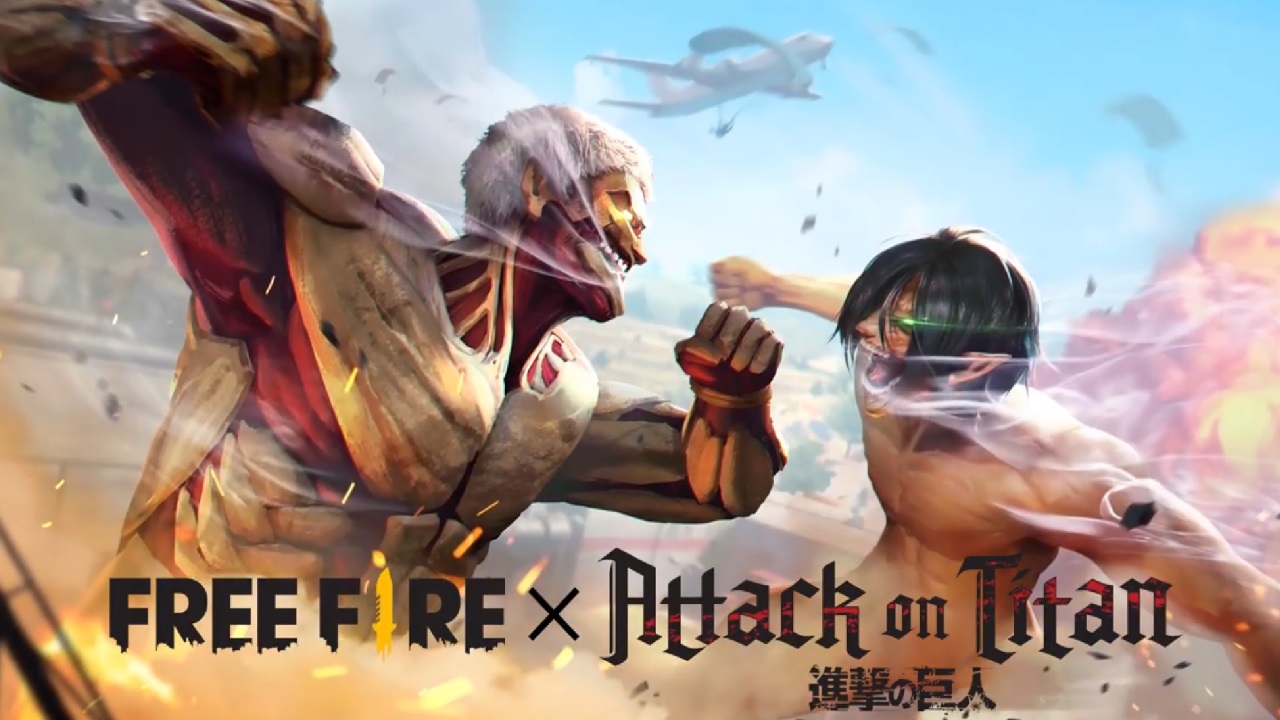 Android and iOS battle royale Free Fire is about to augment its game with the fight for humanity. The popular battle royale has teamed up with the globally beloved Attack on Titan anime to start a collaborative event, and right now, there are new player, weapon, and airdrop skins to check out. Additionally, upcoming content related to the event is right around the corner.

Publisher Garena announced the Free Fire x Attack on Titan collaborative event recently alongside an announcement trailer and another trailer featuring the now-available skins. As of today, players can suit up in male and female versions of the Survey Corps skins. You can transform your character into a Titan with Eren Jaeger’s Titan form skin and the Armored Titan skin as well.

You won’t be flying around the map in omni-directional mobility gear or growing fifty feet tall with these skins, but weapon skins are also coming to the game. The M1014 and P90 now have skins featuring the skull and sinew form of the Colossal Titan. Finally, airdrops will be decked out Attack on Titan style as well, featuring art of main characters Eren and Mikasa on each wing.

This is all groundwork for further content coming later this month. March 27 will see Free Fire get an all-new game mode in honor of the Attack on Titan collaborative event, so stay tuned to Free Fire’s social media for further news on the upcoming content.

Free Fire is a mobile battle royale on Google Play for Android and the App Store for iOS. It features up to 50 players battling it out with weapons and abilities across a varied battlefield. With Free Fire and Attack on Titan teamed up, fans of either should definitely jump in now to get their hands on the new available skins, and stay tuned for the upcoming event game mode as it becomes available later this March.