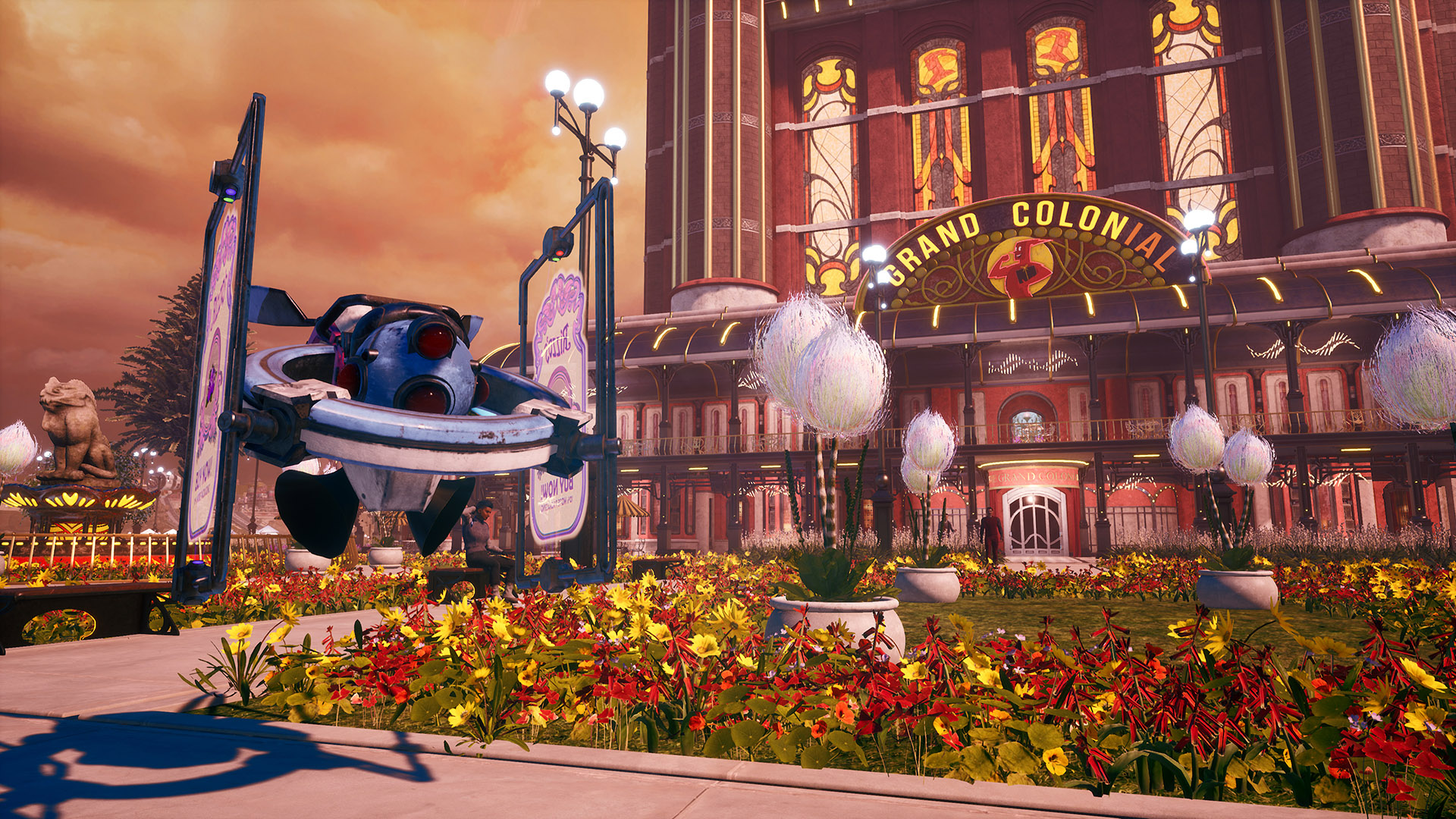 Obsidian Entertainment has more than earned its beloved status in the RPG community and The Outer Worlds was no exception to the rule when it released back in 2019. Now, almost two years later, we’re finally getting the last chapter of the story with Murder on Eridanos. But, Murder on Eridanos isn’t just a quick quest you can knock out in an hour. There’s a full-fledged mystery to solve here, and Shacknews recently went hands-on with the new expansion to see how that mystery is shaping up.

Murder on Eridanos thrusts players into the middle of a murder mystery at the Grand Colonial, a hotel situated on the planet Eridanos. We got to spend around an hour exploring the expansion, during which time we met more than a few suspect-worthy characters. Of course, we're not going to spoil too much of the story here, but what we will say is that the expansion does a really good job of setting players up with a classic whodunnit to explore and dig into, all while building off the charm that makes The Outer Worlds so enjoyable.

Much like Peril on Gorgon, the latest expansion takes players to a brand-new planet full of colorful characters to meet and places to explore. Eridanos is broken up into several different regions, including the Grand Colonial Hotel, a majestic looking hotel that honestly feels kind of out of place in the rest of the corporate focused areas on the planet. We didn't get to explore it all, but the little bit we were able to check out seems to offer quite a few new stories as well as plenty of enemies to take down.

The expansion wastes no time throwing you directly into the story. Where games like The Witcher 3 made big expansions feel like entirely new experiences, Obsidian does a really good job of making the new content feel like it already belongs mixed in with the old.

Because of this, The Outer Worlds: Murder on Eridanos doesn’t really feel like DLC. Obsidian has managed to capture the same atmosphere and feeling of the base universe right there on Eridanos and it makes for a more connected experience. Since the expansions act more like additional questlines rather than a follow up to the base game’s narrative, this also means you won’t have to complete the main story to jump in, though there are some prerequisites you need to meet before the quest pops up.

While the expansion might seem like a simple mystery in need of the galaxy’s best freelancer, things quickly start to spin out of control as the possibilities grow more and more complex. The wit and charm of The Outer Worlds universe mixes well with the noir-like narrative, and if you’re a fan of a good mystery story, you’re probably going to feel right at home.

Not much has changed mechanically from the base game to Murder on Eridanos. Your companions and combat still remain the same, so if you’re already well versed on how those mechanics work, then you shouldn’t have much trouble coming to grips with things in the expansion. Of course, there are plenty of new and colorful NPCs to meet and chat with along the way—as well as tons of new side quests—all of which offer the same corporately focused wit and charm that helped the original stand out back in 2019.

We've only scratched the surface of what Eridanos has to hide in the latest expansion for The Outer Worlds. Obsidian Entertainment managed to replicate its former success with Fallout New Vegas in a completely new universe when The Outer Worlds released in 2019. So far, Murder on Eridanos feels like a fantastic addition to that success story, and I can't wait to dive back in and explore more of the murder mystery awaiting us all in the Grand Colonial.

This preview is based on pre-release access to The Outer Worlds: Murder on Eridanos provided by the publisher.