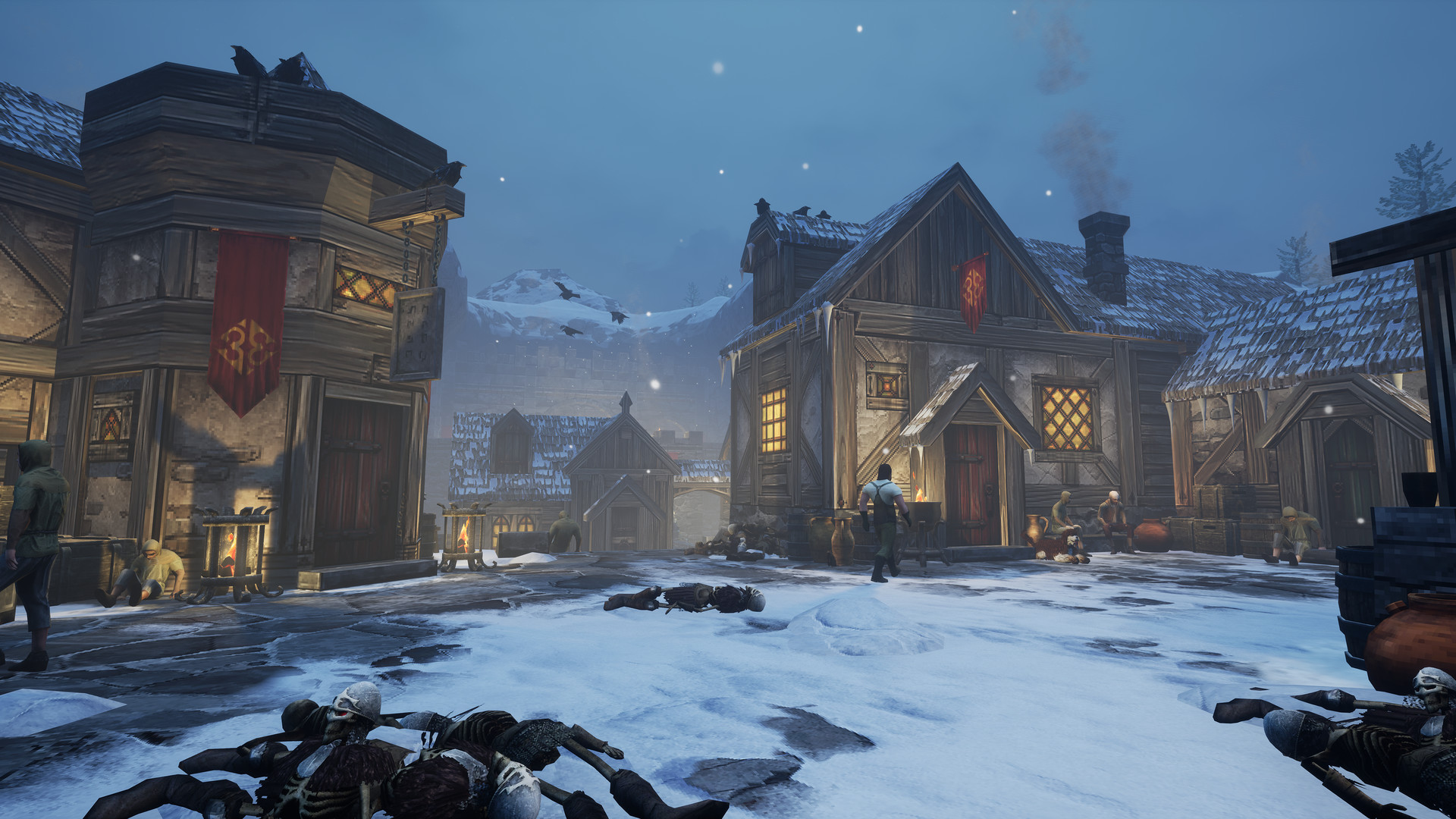 Developed by Slipgate Ironworks, Graven is a throwback to old-school action games like Doom, Hexen, and Duke Nukem 3D. It’s a fun idea that offers a fairly smooth execution all while capturing the nostalgia that gave those original games such an iconic look and feel.

Starting out in the demo, Graven can leave you very confused. The game offers no real clue as to why you’re here or even what you’re supposed to do. Vague prompts push you forward, and at times it can be a little frustrating to figure out what you’re supposed to do. This is very reminiscent of older games, which never really held your hand as you worked your way through them.

There are no prompts for actions, which means you’re going to find yourself just running up to different NPCs and spamming the interact button to see if they have some kind of quest for you. Despite these quests, the game does seem to follow a more linear story, though that could change in future versions, or even in later parts of the campaign.

Combat is a big part of the gameplay showcased in the demo, though Slipgate did mention to us that the game will aim to offer a more immersive sim experience in the final versions. For now, though, what we have in front of us is a really solid addition to the throwback action games we’ve seen popping up in recent years.

The use of your staff and the expandable magical spell book that you add to as you progress work well together, offering you ways to blow up explosive barrels with fire magic, or to shock and stun enemies using lightning. There are also other spells I’m sure you’ll be able to get your hands on, though these are the only two that I came across during my time with the demo.

If you love the graphics of old-school FPS games, and the bloody gibs that highlighted their combat, then you’re going to find plenty of that on display here. Movement is frantic, with the sprint allowing players to maneuver very quickly through the various levels. The hits on enemies feel chunky, though playing at higher mouse sensitivities can make it a bit tougher to nail those headshots, which really get the blood gushing.

Much like the older games that it is inspired by, Graven features various puzzles for players to solve. In the short time that I had with it, I came across at least three different puzzles, which all tasked players with exploring the environment and finding solutions to the problems laid out before them. Sure, some extra context to those problems would have been nice, but I also can’t blame the developers for embracing that less hand-holding nature of old-school games.

What’s on display right now is really quite good. The blend of magic and melee with the other tools you can get your hands on—you can even get a crossbow that looks like it belongs in an Assassin’s Creed game—all work so well together, allowing you to mix and match in combat with ease. I’m intrigued to see how the developers intend to make it feel more like an immersive sim, but I’d be more than happy with a full game that offers the same type of content as the demo currently does.

This preview is based on a demo code provided by the developer. Graven is available as a limited time demo in the 2021 Steam Games Festival.