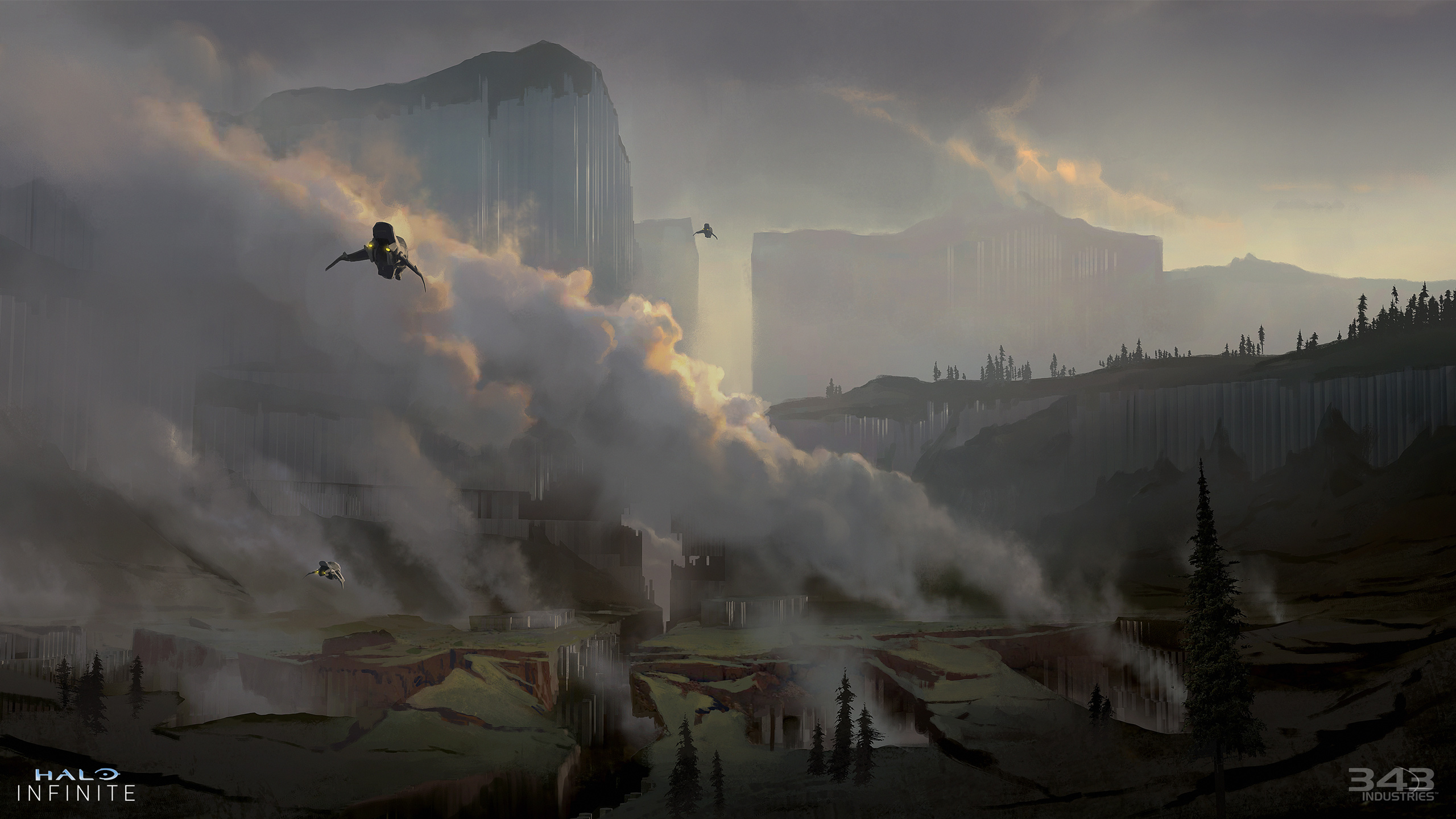 Halo Infinite is releasing this year. It seems like it’s too good to be true, but the team at 343 Industries are committed to making it a reality. To help bridge the gap from now until the time we’re all sitting there exploring Zeta Halo, 343i will be posting a monthly blog called Inside Infinite. These are all about giving players a glimpse behind the curtain at what the team is working on. For January’s Inside Infinite, the Sandbox team has come to share what goes in to making a Halo sandbox feel good.

The Inside Infinite post for January is a long one but it’s full of juicy morsels. Let’s dive in to some of the most enticing bits and see what we can tease out.

One thing players love is when the game they’re playing can be fixed quickly, without major time between balance passes. For Halo Infinite, the team has made some investments to the tools which allow them to be “more responsive to balance issues and opportunities”. The article goes on to state that the team will be keeping the game fresh with new metas, weapons, and vehicles.

While most games allow solo players to “make plays” against a group of enemies, Halo’s combat always shone brightest when you could dispatch groups of human opponents by yourself. The team at 343i is aware of this and are aiming for players to feel like they can be powerful on their own. This is done by ensuring the spawning loadout is effective so that players don’t feel the need to scour a map for a good weapon in order to compete. Halo 2 players will no doubt remember the days of spawning with an SMG and needing to find a Battle Rifle just to compete in a game of Team Slayer.

Speaking of weapons, there are plenty of new ones coming to Halo Infinite and one that gets a bit more attention in the post is the CQS48 Bulldog shotgun. First seen during the campaign reveal in 2020, the Bulldog is designed to fit that close-quarters combat playstyle without be as strong as the standard shotgun power weapon. This is achieved through a faster rate of fire albeit with lower damage.

Following on from this, Halo has always had two types of weapons, human weapons featuring kinetic damage and Covenant weapons featuring plasma. In the past, players knew that plasma was good against shields and bullets were good against flesh. In Halo Infinite, 343 will be expanding the types of damage available and how they might be used in combat. The team hints that Fusion Coils may have some kind of unique damage type or play a role in this new take on the old-school system.

Equipment is another hot topic surrounding Halo Infinite. Judging from what we’ve seen so far, and the wording in the blog, equipment in Infinite sounds more in-line with Halo 3. This means changes to the battle happen externally from the player, altering the field of combat, as opposed to the internal changes of abilities seen in the likes of Reach and the later Halo titles.

In order for all these elements to coalesce, players need to be able to control their character with accuracy and precision. To achieve this, players will be able to – for the first time – rebind and remap the controls, regardless of platform. 343 Industries was able to achieve this by entirely rebuilding the control scheme system. The blog also notes that there is a team whose job it is to make sure the PC controls “feel best in class”.

One thing that should make players feel better about Halo Infinite launching this year is that the sandbox team is currently fixing bugs on the launch content with attention now shifting to future updates. This would suggest that everything planned for the full release is already in the game, with developers now focusing on polish. As for what “future updates” means, these include new vehicles, equipment, and more.

The blog closes out with a few hints about new and exciting sandbox tools. There is a vehicle returning to the Halo sandbox that sounds like it hasn’t been in the game for a while, an entirely new vehicle that sits “between the Warthog and Scorpion in terms of power level”, and a new physics-based equipment item that can “send your enemies flying”.

It will be interesting to see how Halo Infinite shifts and changes in its new game-as-a-service format. The promise of new metas, weapons, and vehicles is bound to be both an exciting prospect and a point of trepidation for long-time fans. One thing is for certain though, these monthly insights into the development of Halo Infinite do an excellent job at highlighting the level of dedication and care the team brings to this iconic franchise.