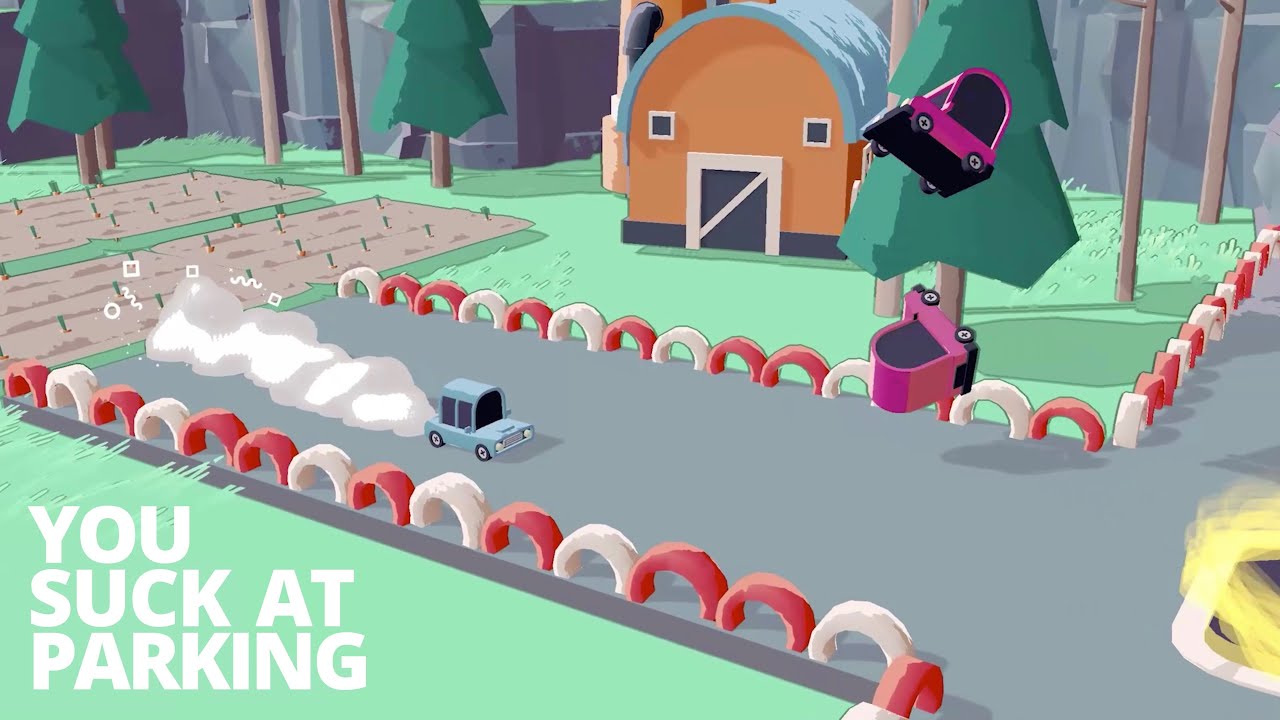 Indie studio Happy Volcano is set to release its second title, You Suck at Parking. This game puts players behind the steering wheel and challenges them to master the skill that eludes so much of mankind - parking. A demo was released on Steam, giving players a taste of what to expect in the full game. I played through all of the available levels, and was really impressed with the experience.

The need for speed

The demo for You Suck at Parking gives players a limited amount of levels that introduce them to the game’s mechanics. The goal is pretty straightforward - park within the designated spot(s) in a given level. Of course, it’s easier said than done. There’s obstacles, ramps, landmines, vehicles, and other hazards that stand in your way.

In You Suck at Parking, players are forced to constantly be moving. If your car comes to a complete stop during a run, your place will be marked and you’ll be reset to the starting point. I love this concept, as it forces players to be constantly moving and thinking on the fly, really ratcheting up the chaos that the game is centered around. It also makes me really excited to see what would happen if the speedrunning community picked up this game. Just in my brief time with the demo, I found myself memorizing routes and fine-tuning my path through most of the levels.

In most levels, you’ll need to park in 2-3 different spots to complete the challenge. Though you have an infinite number of lives to do so, there’s always a countdown timer, further enforcing that sense of urgency. As I got into some of the later levels, I got to see some of the crazier hazards You Suck at Parking has to offer. From extremely powerful magnets, to deadly tractors, to explosive landmines, the roads have never been busier.

There’s also some really solid level design work done by Happy Volcano in these demo levels. Especially in the final handful of tracks, I found myself dying repeatedly, but never felt like the game was cheating me or being unfair. The natural path and progression of a level always felt clear and made sense.

You rock at parking

You Suck at Parking is a great sample of what will hopefully be a superb indie arcade release later this year. In the official game, I’d love to see a feature that keeps track of players’ completion times on levels, further encouraging that competitive/speedrunning aspect. There is currently no release date, but Happy Volcano’s You Suck at Parking is set to release later this year.