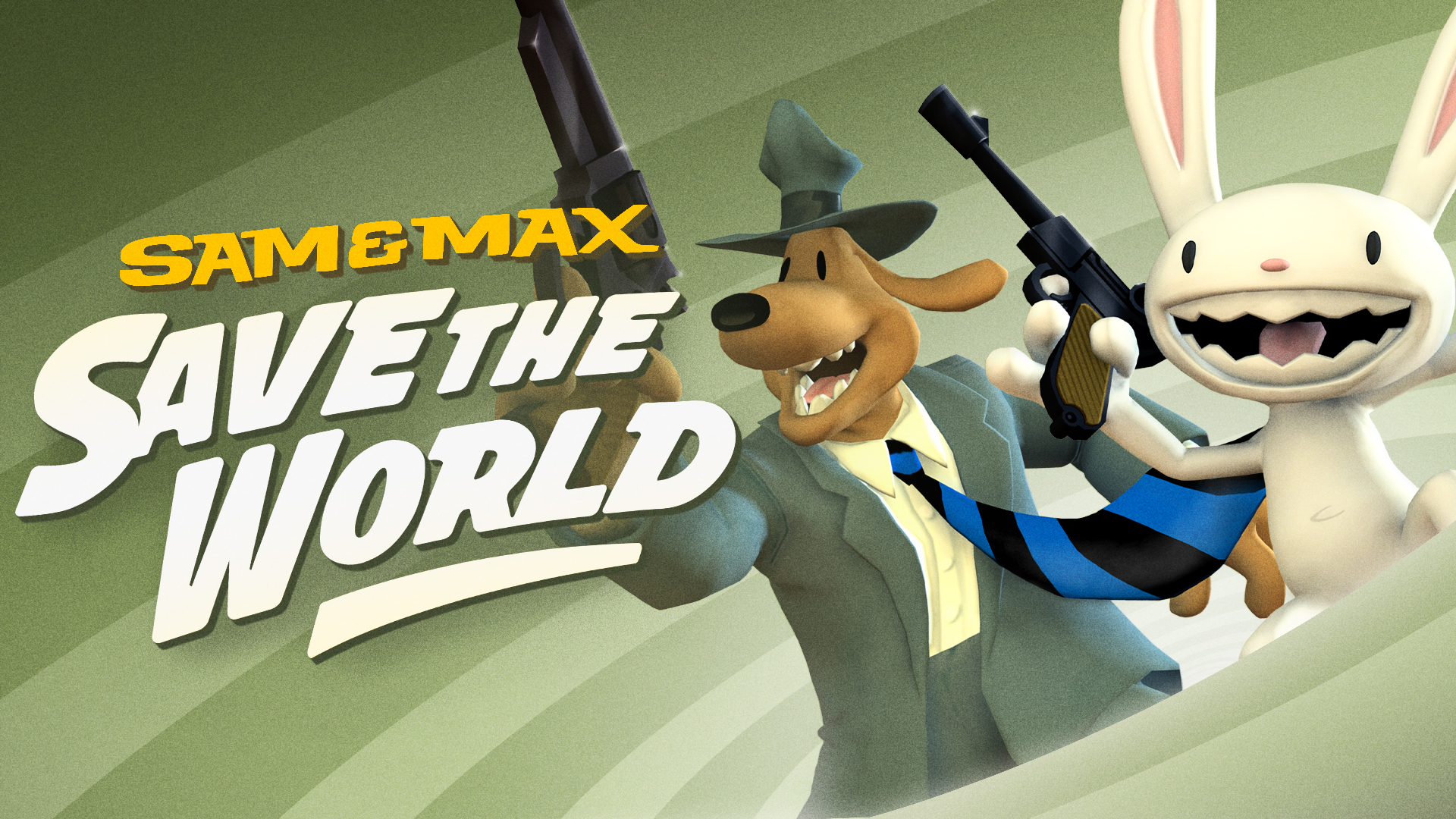 Sam & Max is one of the most popular properties in the world of children’s animation and adventure games, particularly for those that grew up in the late 90s and throughout the 2000s. With a handful of titles developed by Telltale, it’s been a decade since a new Sam & Max game was released. With the rights now in the hands of Skunkape Games, Sam & Max are set to make a big return. Sam & Max Save the World Remastered takes one of the series’ most beloved entries and touches it up for the modern era.

With Sam & Max Save the World Remastered, Skunkape revamps one of Telltale’s oldest games. With the original made in an early version of Telltale’s engine, it hasn’t aged particularly well over the last 14 years. The upgrade in visuals are one of the most notable changes in Sam & Max Save the World Remastered. Both Sam & Max have new character models, with cleaner lines and a more HD 3D look. The same is true for the game’s environments, as they’ve all gotten a much-needed facelift as well. There’s also much more realistic lighting and shadow effects that I noticed during my time with the game.

In addition to the graphics, the audio gets a nice overhaul in Sam & Max Save the World Remastered. All of the sound compression issues present in the 2006 games are solved in Skunkape’s release. This cartoon universe feels much more alive with better sound effects, as well as cleaner songs.

What’s really charming about Sam & Max Save the World Remastered is simply having these great characters back together after lying dormant for so many years. Sam’s more straightforward, no-nonsense attitude juxtaposed against Max’s hairbrained antics makes for an excellent dynamic. I was also impressed at just how well so much of the humor still holds up 14 years later. Sam & Max was always able to toe the line between children’s entertainment with some mildly mature jokes sprinkled in, and that remains true.

I also really dug how the game allows you to freely swap between Sam & Max during investigations and interrogations. Sam’s dialogue options were always in-line with the good cop, offering to be reasonable and logical. On the other hand, Max’s options were typically filled with threats and aggression. I found myself constantly flipping between them, as it was satisfying to see how interactions could play out depending on who I chose to speak as.

Those who played the original Sam & Max Save the World will be quite familiar with everything going on in the story in the remaster. It’s the same six chapters filled with Sam & Max on a mission to investigate and thwart a hypnosis conspiracy. It’s still great, but there isn’t much added at all. Though it is a remaster, it would’ve been cool to see Skunkape throw in some bonus or original content. We know that an original Sam & Max game is coming next year, but it would’ve been neat to see them flex those muscles here.

Sam & Max Save the World Remastered lives up to the franchise’s reputation as one of the premiere puzzle-based adventure games. Players are able to interact with so much of the world around them, gathering information and amassing a large inventory of miscellaneous items. The game then forces you to think critically to use said items and information to solve mysteries and get past obstacles. It really took me back to the days I spent playing point-and-click adventure games as a little kid.

Back in the spotlight

Sam & Max Remastered is an exceptional remake of a beloved game from Telltale’s early days. Fans of the original will be really satisfied with what Skunkape Games has done here, as the visual and audio upgrades give a modern feel to the aging game. Though it’s a bit of a letdown that there’s no extra content or additions to the story, Sam & Max Save the World Remastered makes it more than worth returning to a 2000s classic.

This review is based on a digital download code provided by the publisher. Sam & Max Save the World Remastered is available now for PC and Nintendo Switch for $19.99.

Nobody Saves the World review: I need a hero
Review for
Sam & Max Save the World Remastered
9
Pros
Cons
Login / Register