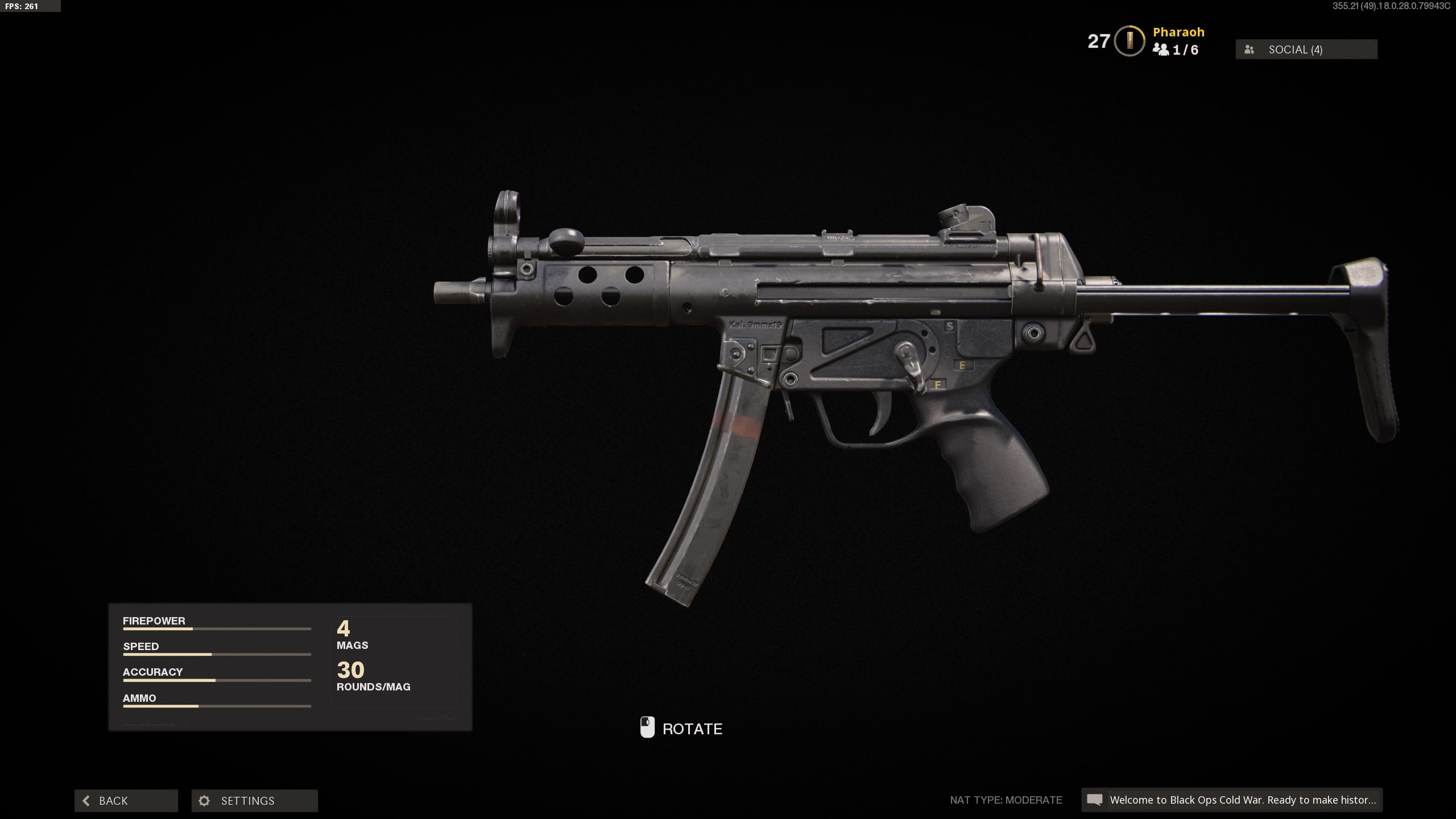 Call of Duty: Black Ops Cold War has been released, ushering in the CoD franchise to a new generation of gaming. Though fans have been having a great time battling it out in the game’s multiplayer, one weapon in particular has been a damper on the online experience. The MP5 submachine gun has been blatantly overpowered, leaving players with no choice but to use it, or get annihilated by those that do. Thankfully, Treyarch has issued a patch to the game that nerfs the power of the MP5.

Treyarch announced the nerf for the MP5 on their official Twitter account. As for the specific changes coming to the weapon, the base effective damage range has been reduced by 33%. The gun’s initial recoil has also been tweaked. This update has already been made live in the game.

#BlackOpsColdWar update: We've reduced the base effective damage range by 33% and adjusted the initial recoil for Submachine Gun Alpha.

Now get out there and try the other four! 👊

The MP5 is the first submachine gun that players have unlocked when jumping into Black Ops Cold War’s multiplayer. Because of this, it didn’t take long at all for players to realize the gun’s rate of fire and damage consistency, even at a distance, was unmatchable. If you played multiplayer in the days following release, you likely found yourself in lobbies where at least 70% of the players were running an MP5 loadout.

Coincidentally, this patch comes just a day after Treyarch said that they would be holding off on any weapon tweaks and balances until December, when Season 1 kicks off. However, the outcry from the community proved to be overwhelming enough that Treyarch is addressing the problem with the MP5.

Luckily, the nerf isn’t too harsh, so the MP5 will likely still be a viable weapon. That said, the change will encourage players to diversify their loadouts and branch out to other weapons. The multiplayer in Black Ops Cold War is quite solid, as reflected in our Shacknews review. For more updates on Call of Duty: Black Ops Cold War, stick with us here on Shacknews.